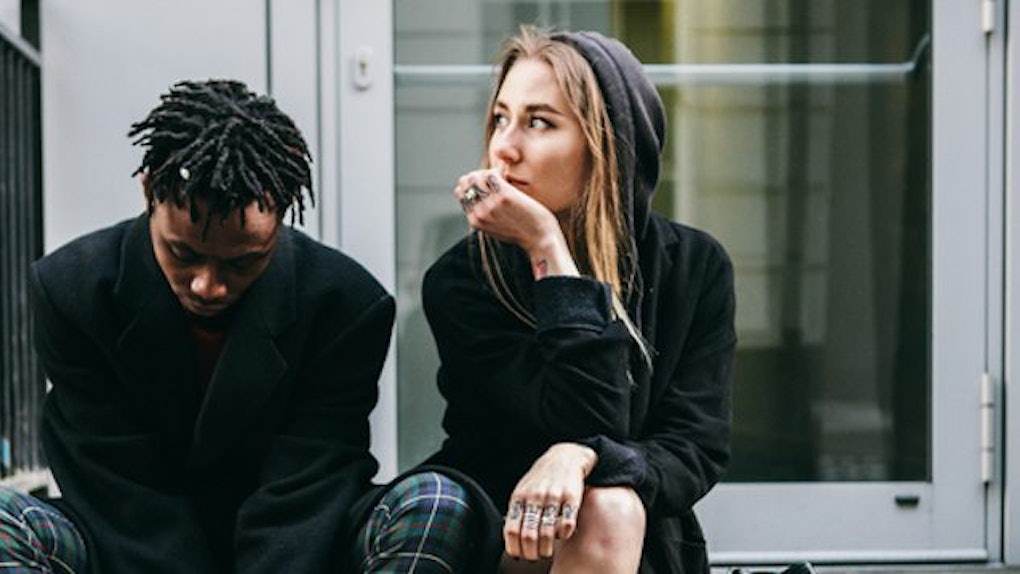 In what critics (me) are calling the emotional journey (educational video) of the year, The School of Life breaks down why it is impossible for exes who truly loved one another to remain friends after they break up.

The video itself does a beautiful job explaining what we all might have suspected — or experienced personally after a breakup — but were incapable of explaining why we felt that way.

Take a deep breathe because the illustrations used in the video are impactful to say the least, and identifying with either the person doing the breaking up or the person broken up with is painful:

The School of Life explains many of the reasons why exes might try to remain friends, and it seems both sides have good intentions.

According to the video, those of us who decide to end our relationships often hope to remain friends because we 1) are fond of the person we once spent so much time with and 2) don't want to feel guilty or like an emotionally detached monster kicking someone else's feelings to the curb.

For the person being dumped, it makes sense that the prospect of friendship feels like a way to salvage at least some part of a relationship that meant so much to them.

For the person doing the dumping, there is a big difference between deciding you aren't prepared to spend your life with someone and hating them entirely.

The video explains that by aiming to remain friends, people are "looking for a way to memorialize a period of genuine importance" (i.e. the relationship itself).

However, this kind of arrangement is unhealthy for both sides.

No matter how positive and clearheaded the person who is broken up with may feel, being put in the "friend zone" after a meaningful relationship will always feel embarrassing — like somewhat of a demotion.

Additionally, each encounter with their ex causes a small flicker of hope to ignite. But each meeting becomes another small rejection when the night ends without getting back together.

For the person who did the dumping, spending time with their ex will be a constant reminder of the pain or hurt they've caused someone, often inciting feelings of guilt, remorse or insecurity.

So what are two kind humans who just aren't right for each other supposed to do?

Well, The School of Life suggests "replacing friendship with civil distance" and keeping the relationship in a safe space... AKA in our memories.

To truly move forward, we must move apart from one another, thinking back on the relationship with fondness instead of looking at it as a failure. This will allow both people to get on with their lives in a happier, healthier way.

Now, everyone call in a sick day and google pictures of puppies to make yourself feel better.

Citations: Can Exes Be Friends? (The School of Life)