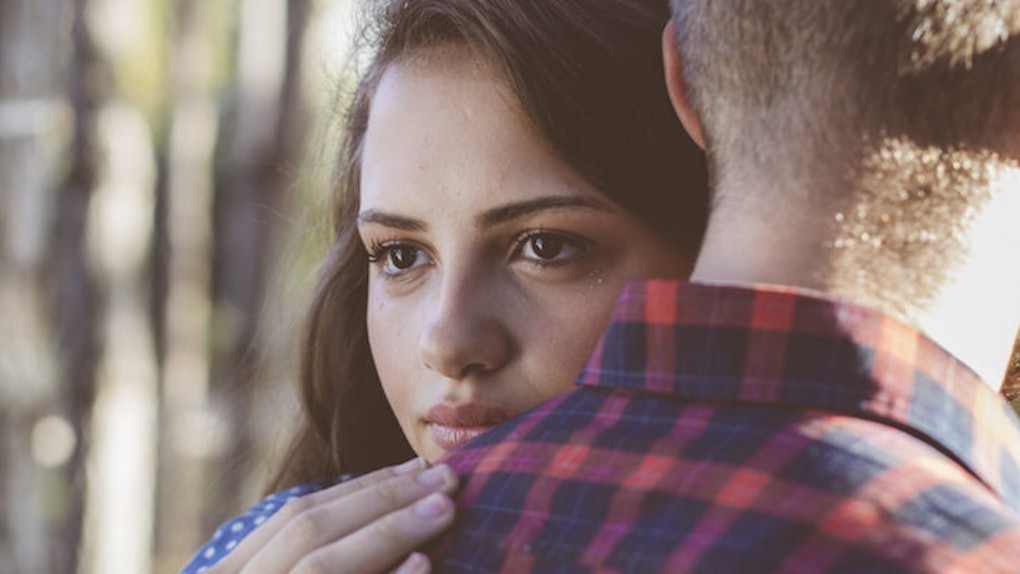 Right now, I'm the most single I've ever been. I'm not dating anyone, I'm not trying to date anyone and I recently cut out everybody I was talking to because I want to focus on me.

The last ~potential~ relationship I had was a mess. We crashed and burned faster than you can count to 10, and it hurt like hell.

This was the first guy I could've seen myself getting into a relationship with in a long time. I had been open and honest with from the very beginning.

We only dated for around two months, but things between us got intense pretty quickly. That is, until he decided he just didn't like me anymore. And even though he knew things weren't going anywhere, he still led me on just so I would sleep with him.

Things between us got intense pretty quickly.

I had never been more angry during a breakup than I was with him. I blew up at him and called him a liar and a coward. From what I could gather from the screenshots I sent my friends before I deleted our texts, my exact words to him were:

Even though I started dating new people shortly after, I would still be up late at night, wondering why things didn't work out. I felt stupid about the whole situation. I wondered if our chemistry was manufactured, and everything he told me was just for sex.

It wasn't fair to the new guy I was dating at the time for me to hold on to this ex-related baggage, but it's something I always did anyway. I'd let the anger fester, and it wasn't healthy.

I should've have known being bitter and angry over an ex would never allow me to fully move on and be happy like I wanted to.

Being bitter and angry over an ex will never allow you to fully move on and be happy the way you want to.

So two months after I ended things with this guy who broke my heart, I decided to text him:

"Hey. I just wanted to reach out because I don't want there to be any bad blood between us. You crossed my mind a lot while I was in Europe and I realized I'm never going to move on and be happy if I'm holding on to past relationships. It's petty and that's not who I am or who I want to be. While I don't take back anything I said, I do hope you find whatever you're looking for."

I didn't expect him to even reply. Like I said, the last time we spoke, I was telling him what an asshole coward he was.

But he did reply, telling me he didn't want any hard feelings either. He even said he saw my pictures from Europe and was happy I got to ~explore the world~ because traveling makes you a better person.

Even though his words had good intentions, they still burned. Was he saying I wasn't a good person? Was that why he didn't want to be with me in the first place?

I knew I was for sure overthinking things, and he probably wasn't putting that much thought into it as I was, but that just made me madder. How could he be so nonchalant about our relationship? Was it nothing to him?

It hurts that someone can mean so much to you when you mean so little to them.

It hurts that someone can mean so much to you when you mean so little to them.

I wondered if I was really that over it if I was still super bitter about it. It's not because I wanted to be with him again — not after what he put me through. I just wanted things to be civil because we didn't end on good terms.

The conversation on my end was awkward and forced. Even though we had broken up months prior, there's no way NOT to still feel the sting of his rejection. It's difficult when you open up to someone — letting them know every part of you, physically and emotionally — and they still don't want you.

We continued talking. He told me he was going to London and Paris soon, and asked for my recommendations.

What? Were we friends now? I mean, there's a reason we dated in the first place — friendship couldn't be that far off. But we never started off as friends, so how could we just go from holding hands and having sex to just watching Netflix without the chill?

As the conversation went down throughout the day, I calmed down a bit and figured I was just being irrational. He did a shitty thing to me, but it didn't mean he was a shitty guy.

It's not like we're besties now, but it feels good to leave this relationship on a good note. I reached out pretty selfishly, wanting to move on and not be resentful anymore. I got that.

Having a real conversation with him instead of just name-calling made him human to me again instead of this cruel man whose sole purpose was to screw me over. It showed that his intention was never to hurt me, and sometimes we just get caught up in the moment.

Having a real conversation with him instead of just name-calling made him human to me again.

So maybe he's not the one, but there's no reason to be so angry anymore.