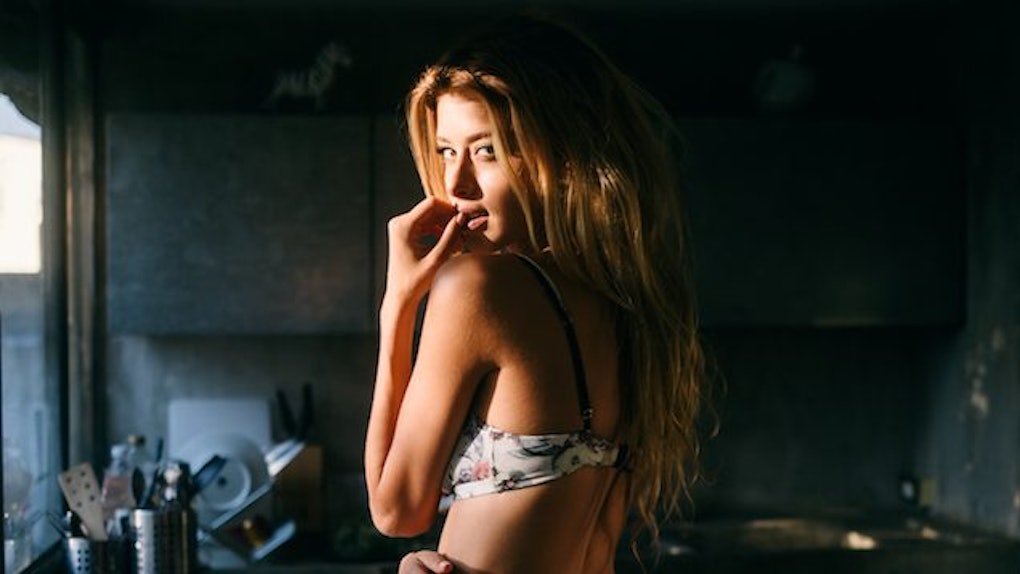 Hookups Are Better Than Almost Relationships

Almost relationships are the worst, simply because they are relationships, but the person you're seeing isn't ready or doesn't want to call it a relationship.

You do all the things couples do, but for whatever reason, you can't put a label on it. For that reason, I almost always prefer random hookups over these pseudo relationships our generation all too often finds itself in.

With random hookups, there are no expectations: You have all the ground rules settled right from the start.

The fleetingness of your meeting brings excitement and mystery, and you're both on your best behavior because you're not scared of disappointing one another.

I've always found myself to be a lot more bold and confident with guys I'm meeting for the first time, especially if I don't expect to see them again. I can be anyone I want to be, and they won't know the difference.

On the other hand, with almost relationships, I'm sometimes scared to be 100 percent myself. Since we're perpetually in the purgatory that exists before we're in a defined relationship, I feel like I have to be a better version of myself in order to be able to lock down the relationship.

But in reality, the almost relationship isn't going anywhere because the other person doesn't want it to.

Looking back at my dating life over the past couple of years, there have been many guys who – after we dated and broke up – I would have preferred to be casual hookups. That way, I wouldn't have gotten hurt when they later told me they didn't want a real relationship.

If they had stayed casual hookups – basically, if our time together had only spanned one night – I would've looked back at our brief encounter and not had any regrets about the way things had ended.

Sometimes, when almost relationships end, I find myself wishing I'd never met those guys. This is a hard feeling to understand because at one point, they were exactly what I wanted.

Being involved in a never-ending series of almost relationships bothers me a lot more than I'm willing to admit sometimes. I don't even know what to call the guys I've dated once we stopped seeing each other.

It seems wrong to call them exes... because they're ex-what, exactly? They're not ex boyfriends; they're just people I had some sort of relationship with. But we never officially dated... even though in my mind, what we were doing constituted a defined relationship status.

It's hard to wrap my mind around the one-sided nature of almost relationships. If you like someone you're dating, how could it possibly not be reciprocated?

How can someone you're sleeping with, hanging out with and seeing on a regular basis not feel the same attachment to you as you do to him? The almost relationships I've been in have altered my view of what an actual relationship looks like.

Truthfully, I have no idea what a real relationship is, or how to have one. Every time I think I'm entering into a relationship with someone, it ends up being just another "almost."

It all boils down to this: With almost relationships, you feel more of an attachment to the other person.

With casual hookups, you have the combined benefits of being single and being in a relationship: You can go out, make out with whoever you want to and not have to worry about your “maybe” boyfriend or what he might think about what you're doing.

Almost relationships are complicated, so I'd rather be happy, single and free to hook up with someone, rather than attached to someone who refuses to acknowledge we actually mean something to one another.

All of this is not to say I enjoy only random hookups. Occasionally, sure: They're pretty fun and thrilling.

But I only prefer them because I prefer not to get hurt... and I get hurt 100 percent of the time I find myself in an almost relationship.

What I'd really prefer is an actual relationship, with every single type of string attached.

I want to make plans with someone. I want to meet this person's friends. I want to get to know the person and fall in love with him or her.

Until I meet someone who wants all of that with me, if my choice is between casual hookups and almost relationships, I'll choose casual hookups every single time.