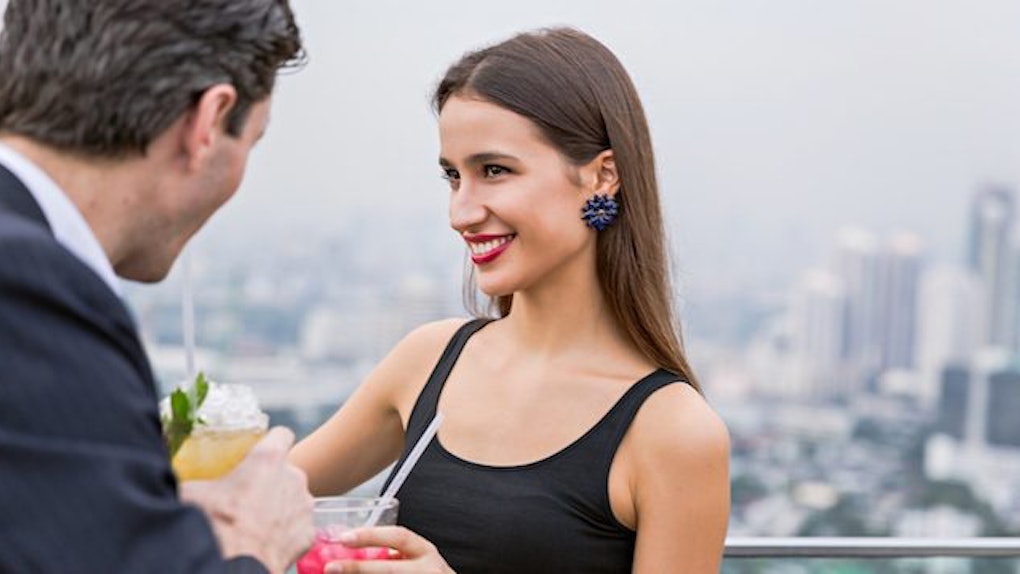 Ever think you're so good at going on dates, you should be paid to do it?

Well, turns out you can, you maniac.

Sophia Chartreuse, 23, moved to New York a few years ago, but couldn't live the dream life she set out for on the small budget she had to live off of. She explains she had "champagne taste on a beer budget."

Girl, I HEAR that.

So, taking things into her own hands, Chartreuse discovered she could make a large chunk of change just by going out to dinner with men twice her age. Like, $15,000 much change, to be exact.

She now calls herself a "professional dater."

Chartreuse was turned on to the idea after talking with a friend who confessed she had recently begun dating men who would pay for companionship. The whole thing was as easy as joining a website called whatsyourprice.com.

The website's About Me page boasts the following explanation:

What's Your Price levels the playing field for men and makes dating more rewarding for women. All it takes is a little generosity. Instead of wasting time messaging, like on other dating websites, What's Your Price is straight to the point and gets you on your date.

To the point indeed.

In the beginning of her journey on the site, Chartreuse admits she felt sightly awkward and uncomfortable. She explains,

I remember being really awkward about it at first. I was 20 and trying to make an impression on people double my age. It really tested my social skills... I'm fairly introverted and generally not that good with people, and doing this really forced me out of my shell which was cool.

The perks just keep on coming!

Over time, she gained more confidence and learned she was pretty good at holding conversation, so she graduated from meeting men at cafes to going out to swanky dinners and venues.

On any given night, Chartruese would bring home around $100, as well has having a delicious meal earlier in the evening. One of her biggest payments came from a particularly generous man who loved her company so much, he gave her $300.

For Chartruese, being a part of the website has allowed her to save enough money for a deposit on an apartment, and continue living the fast-paced lifestyle she came to New York City seeking.