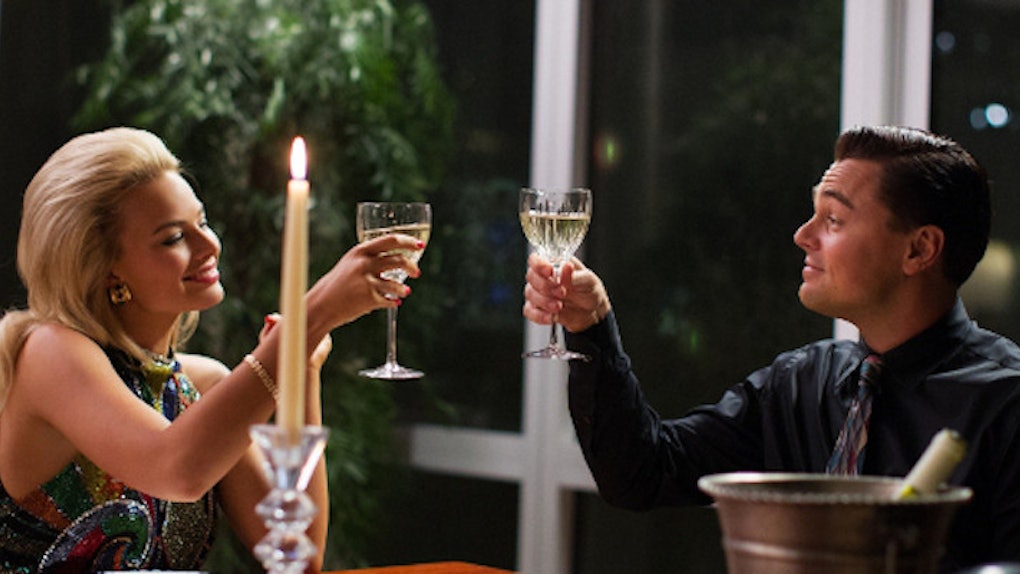 Confession: I've had two serious relationships in my 30 years on this planet, and money was a major factor in the ending of both.

I realize it all seems a little tragic. The fact that I let something materialistic get in the way of what potentially could have been a really good thing is kind of sad, and I'll agree to that… to an extent.

It sucks when money is a factor to the ending of an “us,” but it's a reality for many once-couples out there.

As much as we would like to say love conquers all, it doesn't help you get out of a tiny apartment, fix your car when it breaks down or quit the job you hate. The stress from those circumstances can lead you down some dark roads. Roads that diverge from those of your SO.

I don't know if he or I would ever admit it out loud, but money was one of the driving wedges between me and my latest ex. Here's why: I'm the ultimate saver. Literally, I save just to save. My ex, however, not so much. While I was sacrificing my money to eventually pay for a wedding and make a dent in his debt, he was spending his money on smart watches, bottles of whiskey and a dog.

It just didn't sit well with me. I felt like I was putting in all of this effort to build us a better future, and I got little to nothing in return.

It's hard to mesh the mindsets of savers and spenders. It just is. However, it's not impossible. The best way to work through these differences is to understand each other's viewpoints.

So spenders, here are four reasons why we savers do what we do:

Seriously. Masters. While the stereotypical Millennial loves instant satisfaction, we've come to know the wonders of waiting to get what we want.

Every time someone takes out a loan on a new car, we cringe. We hate the idea of paying interest on something that's only going to depreciate. Every time someone only puts 10 percent down on a home, we slowly die inside.

In our eyes, those actions are the equivalent of throwing money out the window, and guess what? We don't like it. We see the benefit of waiting until we can actually afford something before buying it because we realize how much money is wasted paying "the man.” And we hate paying "the man."

2. We Want You To Help Us Find Our Balance

We love to save, but sometimes the obsession with filling our bank account is just that: an obsession. Part of making money is also being able to enjoy it, but we can lose that in our attempt to hit our financial goals.  That's where you come in.

We need someone to show us it's OK to spend some of that hard-earned cash. And it's OK to take a once-in-a-lifetime trip or pay for fourth row tickets to see a band we love. Some things are worth the money, we just need you to remind us of that.

At the same time, we want you to see our side of the spectrum too. As savers, we want to help you accomplish your financial goals and we know our habits and mindset can help you do that.

Finding middle ground for both of us, where our needs are both met, is the ultimate goal and we realize it's a game of give-and-take. But it's a game we're up for.

I think this is the number one reason we hoard cash: We crave financial security. The thought of not having an emergency fund to fall back on leaves us with the shakes, and when we see you with no cushion, spending your money on an Apple TV, we go into panic mode.

While some people are absolutely fine living on the edge, paycheck to paycheck, we're not those people.

We need to know we'll be fine if our furnace breaks and needs a replacement, that we'll be able to afford to pay our kids' way through school and that we're contributing enough to retire on time.

We require that stability in order to keep stress at bay, so throw us a bone here. It's for our health.

4. We're Doing It For Our Future

Listen up: When it all boils down, we keep such a tight hold on our finances in order to create a better future for the both of us. We know that having nice cars, homes, clothes and phones would be fun. We know. We want them, too.

But more so, we want to build a life where we don't have to worry about paying mortgage. A life where we can easily cover all of our expenses, go out to nice dinners and go on vacation once a year. As nice as it would be to have some of that stuff now, it's not as great as the future we see where we can have it all.

I'm hoping all you spenders out there have a better idea of where us savers are coming from now.

Opposites attract, but the ones that remain for the long haul are those willing to see the other's viewpoint. It may not have worked out for me and my exes, but you should give it a shot.