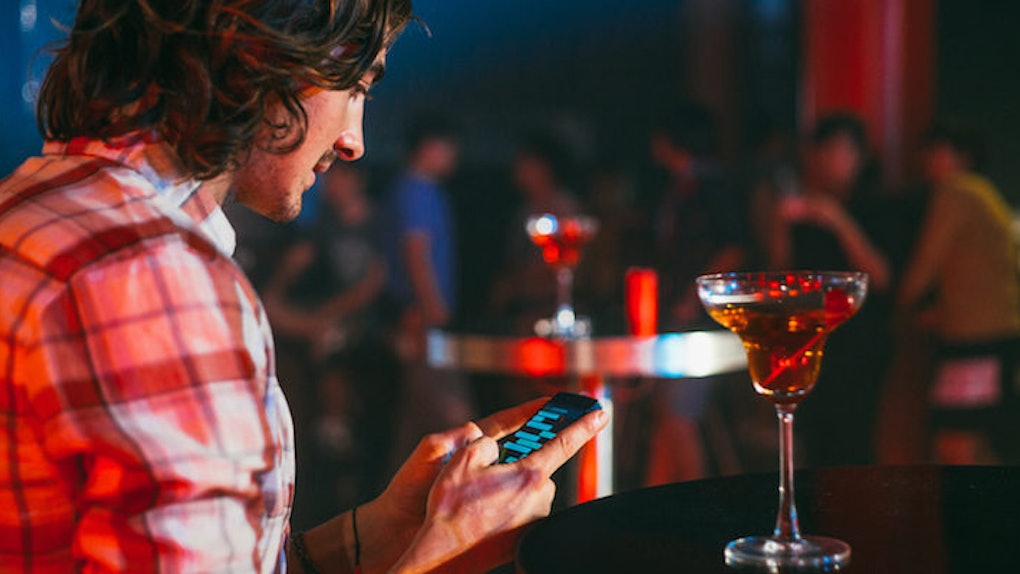 What's the worst possible thing you could see after waking up with your head thumping from a vile hangover?

That would be the drunk texts you decided to send from the night before (provided you didn't bring home that annoying bro from the bar who kept trying way too hard on you the entire night).

Personally, I used to be a huge drunk-text offender. How huge? I'm talking hitting up two exes and one former sex buddy on Valentine's Day and resending my last text 14 times because I couldn't get a signal.

That was the moment I knew I had a drunk texting problem. But thankfully, I've been able to keep it at bay with these seven simple tricks.

If I went out unhappy that a guy didn't text me after our last date, I would most definitely end up sending a string of embarrassing gibberish around 2 am.

Instead of giving in to these emotions after seven beers, I now take 10 minutes before leaving the house to evaluate what or who is bothering me.

If I admit to myself that a particular guy's lack of communication made me unhappy, I'll make a note (sometimes on paper) not to text him and to deal with the situation with a clear head.

2. Reevaluate the places you drink.

But what else is there to do when your friends scatter around, and you're drunk and left sitting with your phone in your hand?

Instead, I try going to different events, like wine tastings, art walks and even paintball, where I can still drink but where I'll have better things to do than check my phone.

Telling my friends who I definitely do NOT want to drunk text puts much more responsibility on me to keep my promise.

Plus, if my girls see me typing the person's name, they'll take the phone right out of my hand.

A friend of mine from France told me that, in Paris, it's considered rude to have your phone vibrating in your hand while you're out with company.

She explained that the French get into real-life conversation, and banning phones makes for much more meaningful communication.

Ever since I put the damn device away, I've been able to talk with my friends about philosophy, pop culture, Kanye's breakdown and much more on a deeper level. Plus, I realized my friends are pretty cool, too.

Some days, I straight up vent to my mom for half an hour before going out.

She's the one person who always reminds me to value myself and that talking to those who are uninterested in me is a waste of time.

She also reminds me that if I exceed my share of texts, I'll have to pay the entire bill. So that definitely keeps my drunk texts at bay as well.

This may not be a very obvious remedy, but being at a club where you can check your coat and purse — with your phone in it — makes life that much easier.

Plus, dancing and enjoying music definitely gets you to focus more on those around you, as opposed to asking your sex buddy the source-of-all-evil question "what are we?" especially if you're not sure whether he's a nice guy or a fuckboy.

7. Talk to them before you're drunk.

This one is perhaps the hardest of all because liquid courage is a huge help when I want to tell my ex I miss him.

But unfortunately, that only leads to an incoherent conversation at best.

Instead of the drunk text, try sending a sober one, which clearly gets your message across. That way, you'll feel relieved for having said what's on your mind and will come out of the situation with dignity.