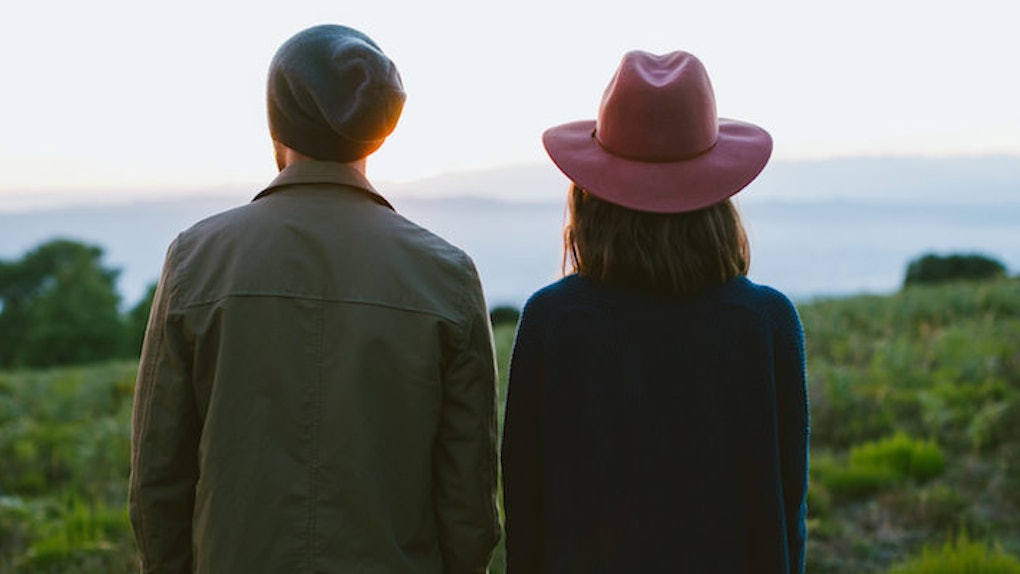 4 Reasons You Should GTFO Of Your 'Comfortable' Relationship

After being invested in one person for more than two years, it's not easy to accept the fact that you need to move on.

Starting over calls for a lot of effort, and very little comfort. For the first time in a long time, you need to try to get to know another person, and there's always a chance it won't work. There's no way to know if this new prospect is going to wake up in the morning and decide they're not as interested as they once thought.

All too often, couples stay together simply because they're comfortable. They aren't necessarily happy, but they know they love and care for each other, so they stick around. They're not totally convinced that the relationship is right for them, but they still don't leave.

I'm a firm believer that everyone has a soul mate, and consequently, it irritates me to watch someone settle for comfort over finding "the one."

If you're struggling with the thought of leaving behind your significant other, here's why you should grow a pair and leave:

1. You're undoubtedly missing out on someone better for you.

Everyone has at least one person out there for them. You will fight with anyone you date or marry, but your happiness should never be questioned.

It may not seem like it now, but you're capable of meeting someone who will make you feel better than your SO does.

2. You're putting off the inevitable.

I'm not saying you'll break up in a month, I don't even think it'll definitely be next year, but a breakup will happen. You will reach a point, even if it's 10 years into your marriage, where you realize you're not meant to be together.

If you're questioning your relationship, and going in and out of happiness, you're bound to end up miserable. A couple can only be “on and off” for so long before it just ends. Rip it like a Band-Aid, it'll only hurt more the longer you wait.

3. Both of you are who you are, and nothing will change.

I've seen too many friends try to repair a broken relationship. She needs to fix this, this and this, and he needs to fix that, that and that. You can both try with all your might, and it may work at first, but the façade will disintegrate.

You are who you are, just like they are who they are. People get stuck in their ways, and change isn't easy. It's not working for you two, but it may work with someone different.

Why change as a person just to accommodate another person? The things your SO thinks are annoying may not bother someone else. I'm all for couples bettering each other, but some things you just can't change.

4. You may do something you regret.

You could be the most standup person, but you can still be capable of the most unforgivable thing when unhappy.

For example, you could cheat on your SO in a time of vulnerability. After the fact, trouble will ensue. You're bound to feel bad and either tell your SO, or let guilt eat you alive. Neither sound pleasant.

Unhappiness isn't a definite sign that you'll cheat, but it's way more likely to happen when you're unhappy than when you're truly happy. Spare yourself and your SO the pain and just leave.

Moving on is scary, but not as scary as settling for someone out of comfort and not pure happiness. You may fear hurting them because you still care, but sometimes you have to be selfish to achieve personal happiness.