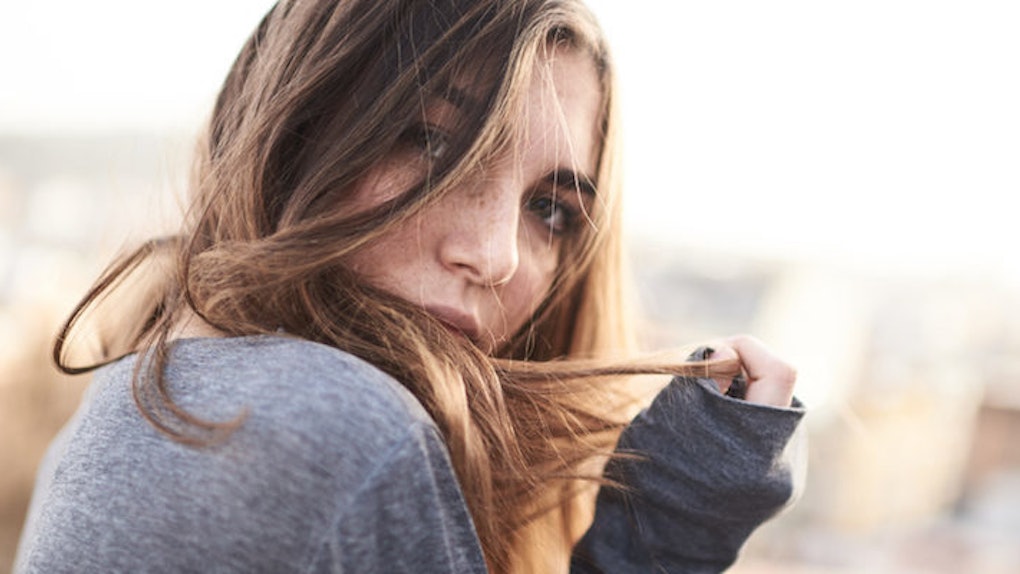 “My heart is with someone else.”

Never did I think that six simple words could have affected me so deeply. The feeling that overcame me was so profound and intense that I had to sit in silence. I was on my bedroom floor for a good amount of time staring into nothingness.

An overwhelming rush of emotions came over me — rejection being the loudest and clearest.

This came from a man whom I was growing very much attached to; he was someone I believed I could have had a future with.

This was someone who, after much hesitation, I let go of every fear that I had of relationships in order to explore the option.

I couldn't even think about anything else but him — let alone someone else — so imagine my shock when I heard, "My heart is with someone else." It was like a freight train came straight at me and left me as roadkill.

I thought you were the man of my dreams. I thought the world of you. Confident, but not cocky. Just the right amount of charm and wit for days. Strong, but sensitive. Attached, but not clingy.

You seemed so pure, so right. I truly believed we had such incredible chemistry — it was like nothing I've ever felt before — that you absolutely must have felt it too. And when you confirmed those feelings with me, I started falling.

Before you, I was independent, unaffected and untouchable.

My past relationships had made me heartless, careful, cold, jaded. I started to slowly let down the comfortable wall I built for myself so I could let you in.

I started to invest in you and in our blossoming relationship. You could have been the one, I thought. And you were worth diminishing the guard for.

Real feelings started to develop on my end. With each passing day, I became more attached to you, more interested in you. I was exposed, open. And that's when you began to check out.

The phone calls and texts became scarce. It went from an all-day affair to marathons of silence.

I became insecure, you became distant. We went from laughter to yelling matches. By that time, you already started making false promises to someone else, only to inform me of it later.

I became insecure, you became distant.

Your justifications for this behavior are unwarranted, wrong. Your claims that I wasn't your “official girlfriend" made this all OK. That it was fair game.

Maybe you thought that because I wasn't your WCW on Instagram that you owed me nothing. But you did owe me something. You owed me an explanation, an apology for leading me on.

You are not allowed to make someone believe there is something amazing between the two of you, only to yank it away the minute effort and time actually becomes a necessity in order for it to stay that way.

You're not allowed to paint this grandiose picture of our future and all of the potential it holds. You can't make promises, only to take them all away when you find someone else to promise them to.

You are not allowed to make someone give you their heart, only for you to step on it, turn around and say, “Well, we were never exclusive”.

By that time, you already started making false promises to someone else, only to inform me of it later.

This isn't new to me, as much as I wish it was. But nevertheless, it is more painful than ever.

I could throw the cliché sayings at you, the "your loss" lines you see on every scorned girl's Instagram. But I don't have to.

It is, without a shadow of doubt, your loss. It is not a question, it is a fact.

You missed me cooking you dinner, on the never-ending adventures we could have gone on.

You missed out on someone who can dress up to the nines, red lip and all, or wear a jersey and crack one with you and your boys. You missed out on a girl who would play COD with you for hours on end, while simultaneously being the girl who you bring home to mom.

I, my friend, am the dream. And you lost it.

What did I lose? I lost the ghoster, the fuckboy. The commitment-phobe. The no-show. The player.

Most importantly, I lost someone who valued me far too little.

I, my friend, am the dream. And you lost it.

This new girl might be the chill girl next door, but I am the fantasy.

She might be the sweet girl who never causes a stir, but I would have put you in your place in order to help you grow into the man you're destined to be.

She agrees with your every word, while I would have challenged you.

She may please you, but I would have satisfied you.

She might seduce your body, but I would have seduced your mind.

I am not replaceable, I am not disposable. I cannot be duplicated.

And I will never want someone who treats me as such.

I will not be here when you realize that someone great no longer exists in your life, and never will again. Enjoy settling.