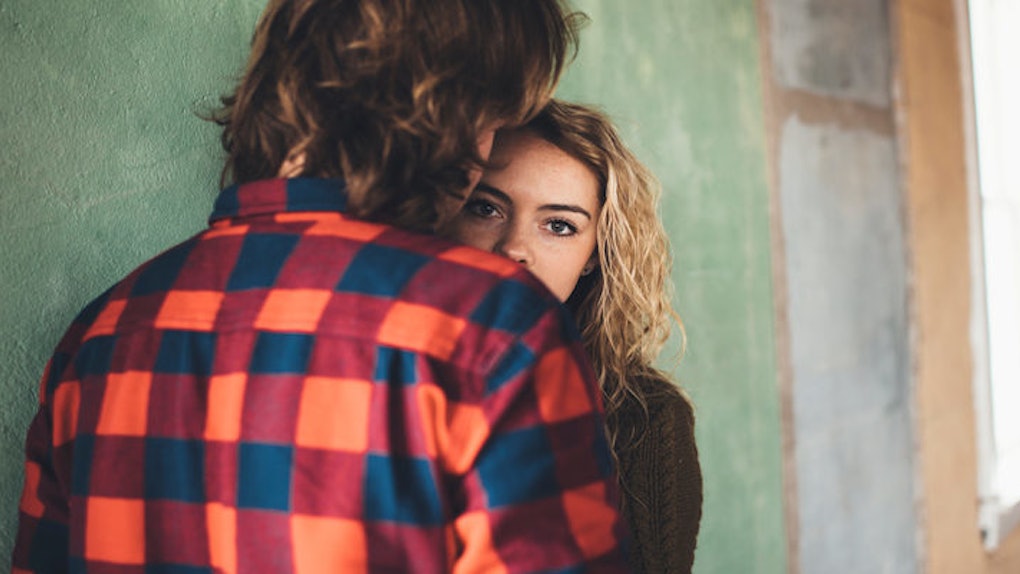 It's around 2 pm on a Thursday afternoon at the Elite Daily office, and a certain coworker (who shall remain unnamed) is being ghosted.

She went on two fantastic dates with this guy after an adorable meet-cute that was straight out of a rom-com. She texted him immediately after the second date to thank him for the lovely evening. Then ... no response.

Flash-forward to two days later, when she shot him a casual, "Hey how was the rest of your weekend?" STILL NOTHING.

Needless to say, she was freaking out. She went around the table showing all of us the less-than-satisfactory thread of text messages, but you know what? She wasn't complaining about this guy being a dipsh*t who clearly got over her way too soon. No, she was DEFENDING him. Making excuse after excuse. Trying to pinpoint what she possibly could have done to stop this from happening. Maybe, she suggested, there was something going on in his life that was keeping him from professing his undying love to her!

To be fair, we've all done the same mental gymnastics to answer the same question: "Is he into me? But this was a ridiculous waste of energy on her part, because you know what? He just wasn't that into her. There were no excuses to be made. That was the fact of the matter. That was it.

Realizing that someone just isn't that into you is the worst. Especially when you are just that into them. It's the f*cking worst. No other way to put it. It's SO bad that we end up getting a little delusional trying to come up with any and all explanations as to why it could be that he's not just absolutely head over heels in love with us.

Here are 25 of my all-time favorite psychopath excuses we make for guys who just aren't that into us:

Yeah, he's WAY too busy with work right now to devote his undivided time and attention to me, but he's obviously still thinking about me while he's stuck in the office until the crack of dawn.

I told him how I felt too soon and it freaked him out. F*ck, why didn't I play it cooler?! If I JUST could have pretended like I had no feelings for him, we would have probably been dating by now.

3. He got his phone stolen and still hasn't gotten around to getting a new one.

Remember when I lost my phone that one time, and at first it was terrifying, but then I kind of got used to being unplugged? That probably happened to him. Sure, my texts say “delivered” under them, but maybe the thief who stole his phone is just getting them all!?

4. He's having fun with his friends right now.

It's a boys' weekend. I don't want to be that annoying girl who stands in the way of him and his friends. I need to give him his space to do his thing with his friends.

5. I texted him too many times in a row.

Ugh, WHY did it take me 11 text messages to tell the one story of sharing an Uber Pool with a man and his pet monkey!? Now I look psycho and he's not into me anymore.

6. I said that one weird thing once and he's still annoyed about it.

I KNOW he said it's "fine," but if my one text three weeks ago didn't accidentally come off as rude, we would still be actually fine right now.

7. He got that stomach flu that's been going around.

All my roommates have it, and three people in my office have it. This thing is like the bubonic plague! Poor guy is probably dying on his bathroom floor trying to muster up enough strength in his hand to press on my name in his phone.

8. It's because I friend-requested him too soon.

That was too bold of a move. We didn't HAVE to be Facebook friends that early in the game. What was I thinking!? Not to mention the fact that he sees all of my more-than-embarrassing tagged pictures at the end of every weekend.

9. He's still trying to work things out with his ex.

He needs to have her completely out of his life before he can focus any time on me. But he obviously still wants to be with me.

He MUST be having family problems. The only reason he's not telling me about them is because he doesn't want to stress me out about them too much. I just need to give him time to work things out and he'll come back to me.

11. He was intimidated by my success.

I have SO much going for me, and he's still kind of figuring things out, career-wise. Maybe he was just intimidated by my success. He was scared I would judge him.

He probably had to go somewhere really obscure with no phone service for an emergency service trip or something. He's such a humanitarian.

He obviously likes me so much that it intimidates him. So his natural response was obviously to pull away to remind himself that he's not COMPLETELY whipped by me.

Mom told me ages ago he would never want to buy the cow if he could get the milk for free. WHAT WAS I THINKING, GIVING HIM THAT MILK SO SOON!?

16. He actually noticed that zit in my Snapchat and now he's not into me.

Ugh, why, why, why did I not strategically cover it with the caption? What is this my first rodeo?!

17. It's because I wasn't sexually adventurous enough for him.

I bet if I were down for butt stuff, I would still have him right now.

18. It's because I was just straight-up bad in bed.

If we had met at another time when he was more mature and maybe I was better at playing it cool we would be together right now.

20. It's because I had one too many glasses of wine on our date.

Ugh, I got wasted and classic me started running my mouth like a psychopath.

21. He's not looking for anything serious right now.

If he was, we would obviously be like engaged by now.

22. I'm too girlfriend material for him.

He's not looking for anything serious right now and I am SO obviously a girl he could only have something serious with.

He's so overwhelmed with work and friends and family problems that he doesn't have the energy to also have a girlfriend right now.

…to my last 13 texts and that one phone call.

25. He needed to go for one last hurrah before settling down with me.

He had to sow his wild oats before committing to me for eternity.