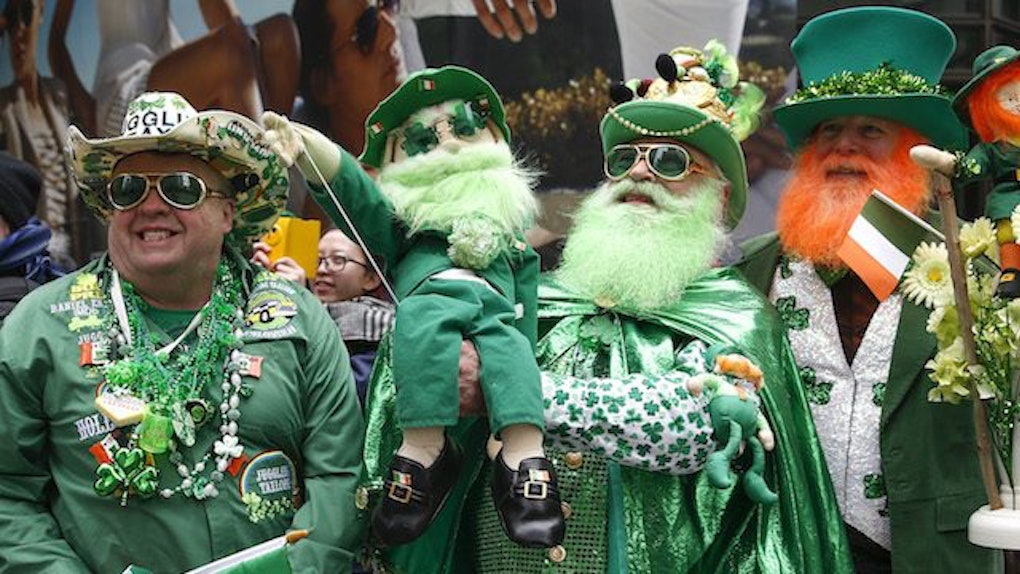 Irish People Have More Luck On This Popular Dating Site

Can Irish people spread some of their luck around to the rest of us already?

It turns out, the fact that Irish people are so lucky actually carries over to the dating world as well.

According to popular dating website Match, those who identify as Irish (and who probably spend their free time bathing in shamrocks) have a much higher chance of finding true love on the site than those of a different ethnicity.

With the world set to celebrate and consume all things green tomorrow in honor of St. Patrick's Day, it's a perfect time to put that "luck of the Irish" to good use.

After taking a look at their numbers, Match found that Irish subscribers (around 37,000 users) received around 20 percent more messages on the site compared to other users.

Maybe it's their bright, porcelain-like skin or their knack for throwing back a Guinness in record time that gets 'em so many fans. Or maybe it's the way their Irish name (passed down from generations, of course) just rolls off the tongue, like Patrick, Sinead or Liam.

I hear the utterance of the name "Sean" is a goddamn panty dropper, too. (Don't quote me on that, though.)

To go along with the St. Patrick's Day beer-chugging vibes, Match also took a deeper dive into their "Singles in America" survey to see the advantages for single folk who enjoy a good pint.

Now, if they actually remember all of these events happening is the real question at hand...

Those who favor beer are 140 percent more likely to have had a one-night stand.

So who cares if you're not actually Irish? You can still use St. Patrick's Day and your devotion to beer to your advantage as you get absolutely shitfaced tomorrow.

Let's just say, the moral of the story is, I'm moving to Ireland immediately. I may not be ethnically Irish, but I am going to swap out all my blood for beer because I've been in the mood for some quality group sex.