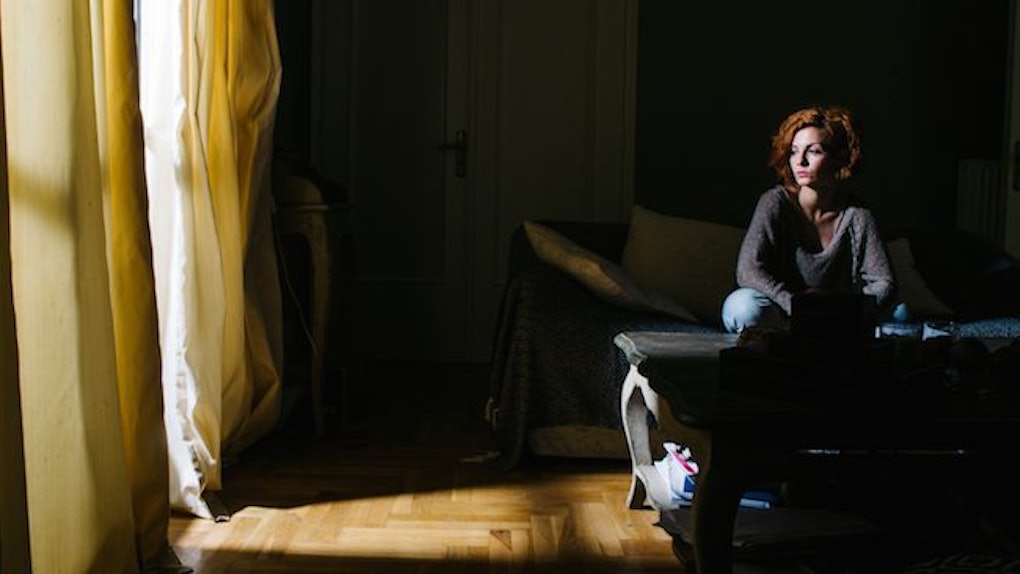 How To Get Over Being Ghosted In A Long-Term Relationship

I have only been ghosted once. We were dating for two months, and he actually ended up replying weeks later (#humblebrag). But still, being ghosted hurts. To have plans to go to a concert and then never get a confirmation not only made me feel dejected, but was annoying for planning. (Thank God for last minute BFF dates.)

However, if you are in a long-term relationship and your SO ghosted you rather than breaking up with you via text like a normal avoidant millennial, I'm very sorry. Is your ex secretly underage? Because that is not adult behavior.

Here's how to get over the juvenile who had the audacity to ghost you after a long relationship:

Acknowledge That This Bad Behavior Is Not Your Fault

This is really bad behavior. If your ex was a teenager, I would ground them. Your ex must have some pretty gnarly stuff going on upstairs, because this is just plain mean.

"You are in charge of your own reaction to their ghosting. It's not personal, although it feels that way," explains dating expert Diana Dorell. "They are simply making a choice to not communicate with you. You are worthy of a wonderful partner who has the maturity to communicate clearly with you."

You need to force yourself to believe that the ghosting does not reflect on you as a person, it reflects on them. You might not have been a match for each other, and the manner in which your ex is handling the split should make that very clear to you.

Ask Yourself Why It's Bothering You

Duh, it's bothering you because it's cowardly and rude. But specifically what about the ghosting is getting to you? Do you feel heartbroken? Do you just want to "win"? Are you looking for closure? Get really specific.

"Name the feeling," says Dorell. "When you name it for yourself, it gives it less power and you are way more likely to catch yourself before it spirals down into a story of why they aren't texting you back."

When I was ghosted, I insisted on figuring out why. I wasn't super into my ghoster, just frustrated at his sudden disappearance. Once I got a reply, it actually hurt a bit more than the disappearance. Him saying that he "just didn't feel the sparks" was concrete and real, and maybe I would have been better off assuming he moved to Japan.

Call Your Ex Out

While finding out the truth was disappointing for me — because I'd prefer to believe that all of the guys I date feel all of the sparks — I also know that I would have never been satisfied sans explanation.

If you need some closure, ask politely for it. "Let them know how their behavior made you feel. No one can argue with that," says Dorell.

Make sure you really want the truth, and then ask one time for an explanation.

Write Out What You're Feeling

Feeling super heartbroken and like you'd rather not engage? Good for you. It can still be really helpful to write your feelings out on paper. I know some of you might be eye rolling me, but I promise it works. (Why do you think I write these articles?)

I personally love any concrete steps I can take to get over someone, and writing is a great one. "Write down and read often that the abrupt endings are insensitive, irresponsible, and disrespectful character aspects from someone who was able to hide them well," says psychotherapist Dr. LeslieBeth Wish.

Less into the mantra vibe? "Write your ex a letter," says Dorell. "Let 'em have it. Tell them how much it hurts that they have just disappeared."

Then, accept that you are ready to let them go. Dorell recommends burning the letter after writing it. I love that because it really says "see you never."

Learn Something From It

Think about what you learned from seeing an awful side of a person you cared about. This is the silver lining to getting ghosted in a long-term relationship: You're going to learn a lot about yourself and what kind of partner you are looking for.

"You can't change what happened, but you can do something about it," says Dr. Wish. "Learn from it so you can reduce the risk of being ghosted again."

It's in your power to ask for more next time you are in a relationship. Ghosting hurts because you are looking for someone more mature. Now you can get out there and find him.

Get Back Out There

The only other good part about ghosting in a long-term relationship? There is zero doubt that your ex is a terrible person. There is no reason for you to get back together with them.

Dr. Wish recommends that if you find yourself looking back, think of the bad times and ask yourself, "How mortified would I be if these bad experiences were posted in social media?" Maybe every time you think about them, pull up a dating app instead.

This bad behavior is not your fault, but it's worth noting if there were any red flags you might have missed."Instead of trying to find the one, change your goal to Reading People Accurately," says Dr. Wish. The only good that can come from such a lame and immature breakup is that you know what signs to look out for in your next boo.

It may be hard to see it now, but you could have just saved yourself a lifetime of unhappiness with a borderline socio. People who can't let you know when a relationship is over are completely lacking in empathy.

"Release the ghost. Release the story that says you aren't enough because they ghosted you," says Dorell. "The sooner you do this, the sooner you free yourself up and stuff can move the way it's meant to!"

I couldn't agree more. Be good to yourself, and when the time is right, move right on up.