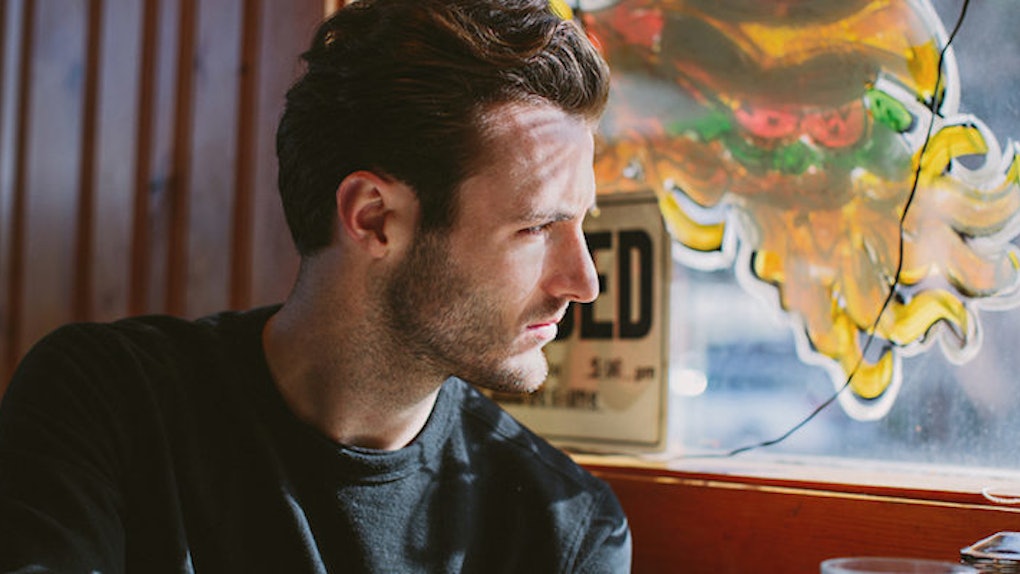 “I don’t usually do this,” she said to me as she flashed her keys that held the passage into her apartment. Part of her felt obliged to excuse herself for one of the many ridiculous social standards that exist for women.

I didn’t know how to properly respond to her statement. Not just because my other head decided he would be doing the thinking for the rest of the evening, but more importantly, because it was her prerogative.

Who was I to judge her? And what exactly would I have to judge her for? We were two consenting adults who made the decision that we wanted to take things to the next level because why the f*ck wouldn’t we? So, I smiled at her and jokingly said, "I have that effect on people."

Our reactivity leading up to that moment was tangible. I was playfully cocky, yet self-deprecating; she was sarcastic and so damn witty, I felt intelligent laughing at her.

Our personalities took us to a night of banter, filled with double entendres and mild bawdiness.

I was so f*cking into it.

There’s nothing that turns me on more than a woman who not only gets my humor, but can send it back even better than it was served. Halfway through our date, my temptation to make things physical was overwhelming, and it was easy to sense that it was entirely reciprocal.

It’s not every day you meet someone with whom you share chemistry so intense, you feel a force greater than gravity pulling the two of you closer.

So, we decided to knock down any of the barriers we may have held and let things perpetuate into what we felt was the best thing to do in our circumstances.

We could’ve played our games and the passion we once held could have simmered down, likely fading away to nothing more than that time we went on a pretty awesome date. Or, we could’ve done exactly what we did and given each other the ultimate ending to the perfect evening.

I didn’t awake thinking any less of her. I didn’t conjure any self-righteous and hypocritical ideals that what we did was wrong, or that she didn’t respect “her temple.” I awoke the next morning wanting more.

We went all the way when we felt was the right time to do so, and we weren’t about to let anyone’s personal opinion convince us otherwise.

I hope she reads this, and I also hope that society gets off their high horse. As a human being, you have the right to decide when you are ready, and it should in no way be contingent on the personal theories of others, nor should it be judged by the very same group of people afterwards.

I’ll always remember our first date. I met her at a local coffeehouse drinking a ginger tea by the fireplace, curled up with a good book. The fire was out, but she was hot enough to warm the entire building.

I hope that one day the only thing she wants to warm up is my soul -- because she rocked it that night. And I’m not about to let society’s opinion on the matter get in the way of it happening again (and hopefully again, and again, and again).

And so, if she is reading this, then I just have one question to ask her: When is our second date?