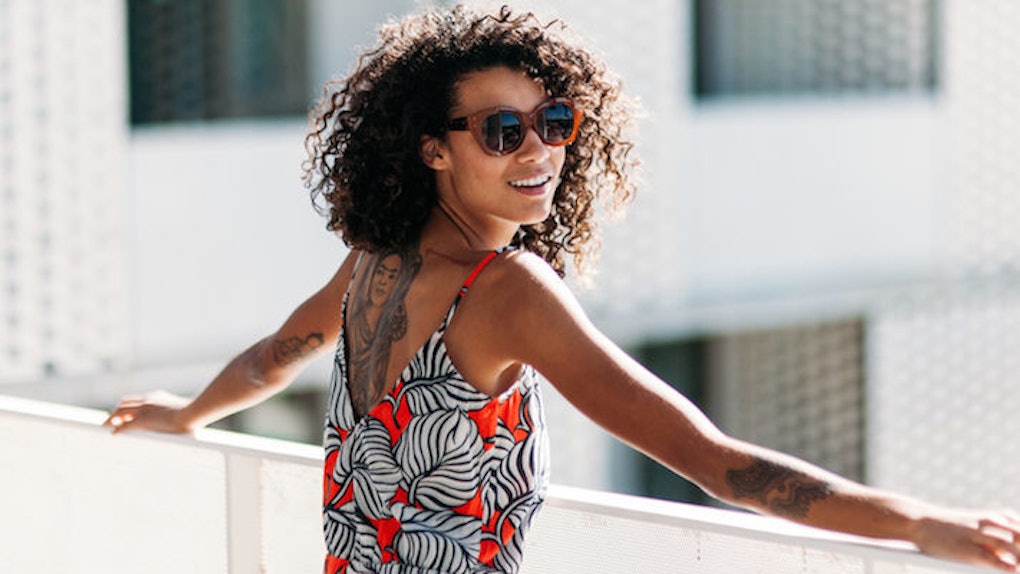 Being Ghosted Gave Me The Freedom I Didn't Know I Needed

I've never really had much luck in love, but there was only one guy who managed to shatter my heart into a million pieces.

It was a pain I hadn't felt before. It ached in my throat and in the gut of my stomach, and I feared the feeling of heartsore would actually kill me.

Did it? Absolutely not. In fact, it made me so much stronger than I had ever anticipated.

You see, this guy — a special breed of douchebag — was in the US military. We met in South Korea, as I was teaching English abroad and he was stationed there. With a few chats over OKCupid, we met and he charmed the pants right off me (literally).

After that, it was pure bliss. I'd never been with someone who showed me that much love and adoration, and it was really lovely.

He fed me a bunch of ridiculous lies which, looking back now, makes me feel like a complete idiot for believing. But when you're so loved up with stars in your eyes, you'll eat up any old bullshit.

Moving on, the guy and I went away for a weekend to the beach. It was the middle of summer, and the heat was enough to make anyone crazy. Perhaps that's why he said what he said? Right on the beach in the moonlight, he said,"I love you."

Me, inexperienced and particularly bad at expressing my feelings, hugged the guy and that was it. We returned from our weekend getaway a day later, and poof! Gone!

Now, clearly his pride got the better of him, and he wanted to save face. But here I was, in so much physical, emotional and mental pain over this seemingly perfect guy who had just ghosted me. I felt as though he did not care about that one bit.

But now, I want to thank him. Why? When my body ached and my tears were falling like a dripping faucet, there was nothing left for me to do but write. I sat down and wrote my first blog entry. It was the only thing that stopped the tears.

I wrote down everything that had happened and how I felt. I knew if I stopped writing, even for a second, I would fall to the floor again.

It was this first piece that sparked something within me. I began updating my blog regularly, writing through the pain, and later, the good times. The blog was my own personal brand of therapy that not only cured my diagnosed anxiety, but also gave me a reason to smile and to be happy. I loved it.

After many blog posts, a change in country and several boyfriends later, I thought, "What the hell" and applied to be a copywriter for a prestigious social media company in London... and guess what? I got the job.

Since then, I have changed to full-time freelance writing for several companies, which has not just been my dream job, but also my favorite hobby.

I found my passion, and I get to live out my dream all thanks to that one guy with the perfect lies and the sweet face — the one who ghosted me and left me broken.

But most importantly, the one who gave me new life. The one who hurt me so badly, the pain forced me to pursue my dream.

He hurt me so badly, the pain forced me to pursue my dreams.

I want to thank him for being a terrible human being because without him, I would still be a teacher (a selfless profession, but not for me), doing something I wasn't passionate about and not loving every single second of my life.

I wouldn't have written a book based on my blog, jam-packed with humorous stories about living as an overweight foreigner in South Korea.

And I would not have had the opportunity to become a freelancer now living in Spain, living life on my own schedule, traveling the world, meeting new friends and living a life to be proud of.