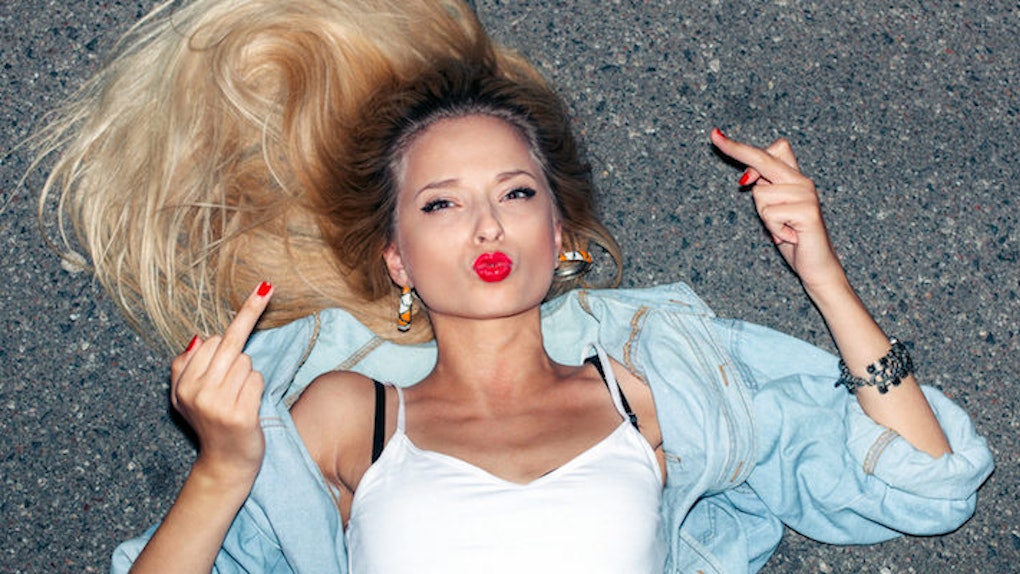 Getting Revenge Will Make You Happier, Science Says

They say revenge is a dish best served cold, but I like mine full of fire and aggression. And as it turns out, I'm probably not alone.

Seeking out revenge against someone who has done you dirty in the past (let's say, an asshole of an ex, perhaps) genuinely lifts your spirits, according to a recent study in the Journal of Personality and Social Psychology.

While it may not be the smartest decision to act upon, you can't help it because it just feels so damn good.

In an attempt to comprehend why people act out this way to improve their own moods, researchers conducted various types of studies.

The first study involved participants crafting personal essays, with a handful of people receiving pre-written, nasty comments about their work. Researchers then provided the participants with voodoo dolls and instructed participants to take out any anger and aggression they felt after reading the comments.

Following the poking and prodding with pins, the participants' moods did rise, but the researchers were still unsure if participants would follow through with actual revenge if they weren't told to do so.

Revenge can certainly feel pleasurable, but it doesn't necessarily mean people behave that way because they're in search of a feeling to bring their mood up.

To find out in a follow-up experiment, participants were given a pill that would allegedly enhance their brain functions, with some being told it had the potential to lock in whatever mood they were currently in.

In reality, it was all just a placebo, and there was no real effect from the medicine.

After playing a video game where participants would intentionally be ignored by other players, researchers gave some participants the opportunity to retaliate by having the choice to blast an incredibly loud and annoying noise directly into those players' headphones.

The sound had potential to reach "the volume of a jackhammer or a helicopter hovering at 100 feet," according to Alex Fradera at BPS Research Digest.

If you're like me (and a majority of the participants), you'd have gone for it.

The ones who didn't opt to dole out a solid dose of revenge were the ones who believed they'd taken a pill to freeze their mood and “presumably believed they had no prospect of improving mood, so there would be no point in lashing out,” as explained by Fradera.

Researchers then conclude that revenge wasn't just something that people enjoyed, but something they actively looked for to turn their attitudes around.

While I'm sure it feels so sweet to get back at someone who has wronged you, I advise you to always think before you act.

You may think sabotaging an ex's new relationship, putting scandalous photos on blast or keying someone's car will bring a smile to your face in the moment, but you'll still have to live with that forever.

You're better off just screaming into a pillow. Not as fun as getting revenge, I know, but probably still as effective.