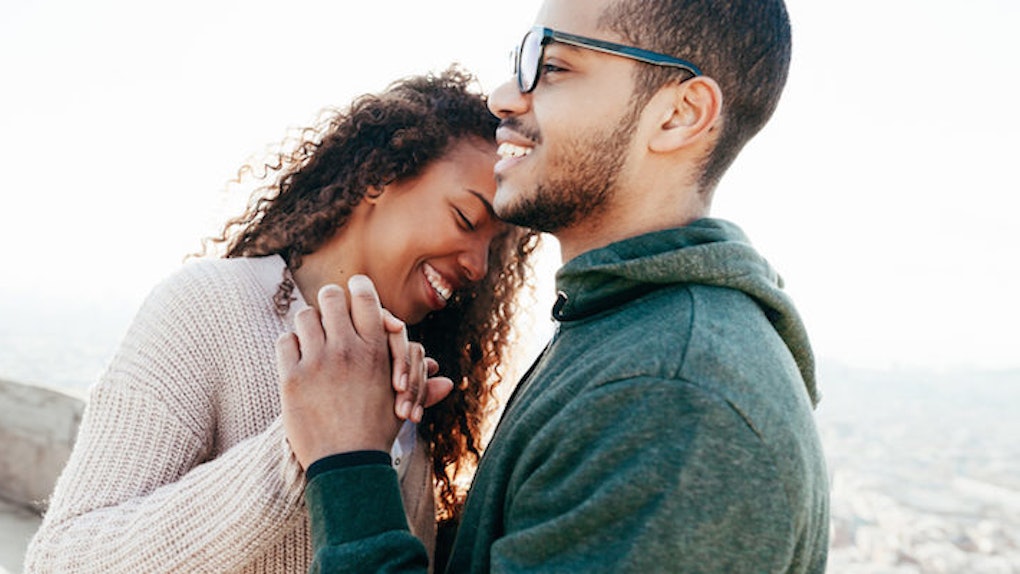 The Brutally Honest Phases Of A Man Falling In Love

We all, men and women alike, might feel the same emotions when it comes to love, but the journey to finding love is an experience differentiated by gender. When women fall in love, they are filled with bursts of happiness and other mixed emotions, which a man will never be able to comprehend. Men on the other hand, are a completely different ballgame.

You see, unlike women who experience intense surges of affection as soon as they meet a guy, men experience a phase of emotions when they meet a woman. This article will explain the phases and journey a man undergoes before falling in love with a woman.

Unfortunately, men are very shallow creatures. This initial stage is all about instant physical attraction. If you ever thought a guy initially liked you as a person …oh boy, were you wrong!  Some women may fall in love during the first conversation, but sadly, in the beginning stages, men are only attracted to a woman's physical appearance.  Don't be fooled by the idea of a 'physical appearance.'

It does not include the whole package. Every man is different and enjoys different things about a woman. For example, most men are attracted by breasts (may it be small or large) and also by your curvy behind (again, may it be small or large). It's never about the whole package, but more about a man's specific appeal in a woman. Sometimes, a guy may not even realize what attracts him most in a woman, but if he has such feelings, he will begin the “I Like You” phase.

Most guys find themselves attracted to a lot of women for many reasons, and as a result, they will “scout” to see which one of them will respond to their advances. Yes, men try to bait as many women as we can, at any given time. It's only when a girl has passed the “scouting” phase (by accepting our small advances) that a man begins to focus his attention only on her.

These advances are very discreet and are not upfront flirting. A man basically needs that little confirmation that if he does start to chase you, something will happen. Even though he likes a woman, in this stage, he doesn't really care about the outcome, so if she rejects him or doesn't respond to his advances, he generally doesn't feel a thing and moves on to another woman that catches his attention. Sure, there are exceptions, but generally, this is how guys think at this point.

If a woman a man likes gives even the slightest positive response to his advances, he will start the chase. Sometimes those signs aren't even obvious; he just believes in himself that you like him back, and as a result, he starts the chase. The chase is all about winning your attention. In this stage, a man's aim is to get you to notice him and understand that he's into you. Once this has become clear, and you have given him a shot (by agreeing to go out with him, etc.), he moves into the next phase.

Phase 4. The “I'm Going To Impress You” Phase

By this time, some women are actually starting to fall in love, but us men are not even close to it. This whole stage is all about making an impression on you. A man will do everything in his power to show you that he is a worthy mate. He plans dates; he floods you with gifts, and generally tries to make you happy whilst hoping to really impress you. It's in this stage that many women (that have held out, until now) give in to a guy's advances.

If a guy is having success so far, he wants to know that you love him. Gaining your love and commitment is his utmost highest achievement. Instead of falling in love with you, in this stage, all he worries about is how to make you fall in love with him. He might even show his relationship skills, thus proving that he is, indeed, a good lifelong partner. You might have already fallen in love by this stage, but this is when he needs to see it.

If a man makes it into this stage, it means you've clearly expressed your feelings, and he knows that he has managed to gain your love and commitment. Now, unfortunately, for both parties involved, all he did up to this point was prove to you that he is “exactly” what you are looking for in a man.

Because of this, two core problems arise:

-He wasn't actually being himself 100 percent, so the man you've fallen in love with isn't exactly the man you think he is.

-He never wondered if you're actually right for him, since his desire to impress you was based purely on his INITIAL physical attraction.

It's at this phase when a man finally starts to wonder if a real relationship may blossom here. It's at this point when he starts to actually observe you as a real person (and I know this may sound shallow) and see if he actually likes you in this department. Finally, it's at this stage when a man decides if you are worth trying a long-term relationship with. We ask ourselves: Do I love her? Do I want to be with her? Will I be happy with her? Is she the woman I want?

It's easy for a man, even at this stage, to dismiss a girl based on some seemingly pointless reasons, but it's how we are as a species. We are genetically engineered to “spread thy seed,” so the girl that a man does eventually decide to love and be with has to be perfect from his perspective. It's also the same for a woman …the only difference is that she probably makes up her mind much earlier in the relationship.

If the decision stage was negative, it's at this stage when the guy will either dump you if you had a short relationship, or start ignoring you if it was just a fling. On the other hand, if he decided he does want to give love a try, he is now ready for it. The next three to four months will be the best stages of any relationship. He will give into his feelings and be overwhelmed with love. You will start to see him taking care of you, acting jealous and all the other great things about love.

It may seem harsh and unrealistic that a guy has to DECIDE whether or not he wants to fall in love, but we don't always rationalize what we are doing. These things are imbedded into us at an instinctual level, and the fact that we DENY love early in these phases is only because it's our defense mechanism preventing us from getting hurt.

Important Note: This is how a man falls in love if the woman he is after gives into all of his advances. If you want to turn a guy on his head, don't give in to ALL OF HIS advances. Don't say, “I love you” when he wants you to say it. Basically, turn his world upside down, and then, you'll see a man falling helplessly in love, not being able to control his own emotions.

This is the sort of content I discuss on my blog and in my free eBook. If you want to increase your love life success, visit TheSingleWomanGuide.com - a place where the "conventional dating mindset" is thrown out the window in favor of more direct and fruitful methods of meeting, attracting and keeping a quality man in your life.