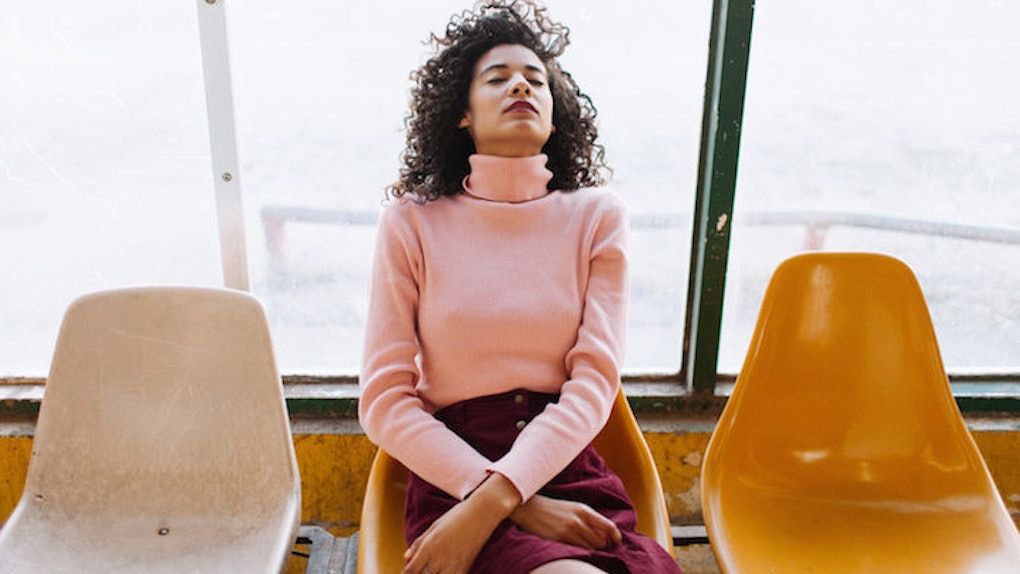 A few months ago, my life was full of men. I was juggling all of them like a circus clown, and I was the only one looking for love.

But, I wasn't actually with any of them because they were all unavailable in some way: One was geographically unavailable, one was intimately unavailable, and one was so emotionally unavailable he was like one of those furiously annoying walnuts you spend forever trying to crack open but just can't. Not one of these guys tipped the scale any more than the other; three men stood in front of me, and I liked them each a solid 33.3 percent.

People are beautiful because they each have something unique to offer -- so what made that girl's boyfriend more special than all the other guys who ran after her?

This is why I can never choose just one guy to be my boyfriend.

When I needed a clean slate, I got rid of all three of those guys I liked an equal amount. Instead of leading a life full of confusion and indecision, my days became man-less and routine, and I enjoyed them that way. It freed up space in my mind to think about other things, like my fitness goals and finally booking a solo trip across the world.

But shoot, I'd be a liar if I didn't admit that now, a few months later, I'm right back where I started: at the hands of a few different guys I have feelings for but don't really know. Having feelings for a bunch of men puts you in a weird limbo that keeps you from developing deep feelings for anyone.

It's easy. When you have a ton of people to choose from, well, you don't have to choose at all. And the freedom to have choice but not actually have to choose is an incomparable sort of freedom.

And the freedom to have choice but not actually have to choose is an incomparable sort of freedom.

For instance, with the guy in California who shared my love for the outdoors, I pictured sharing a big house with floor-to-ceiling windows that filtered light into the rooms and onto the furniture -- maybe even a tomato garden in the backyard.

I had dreams of running off to Ireland with my Irish almost-boyfriend and setting up shop in his lush, green hometown on the Southwestern countryside.

And as for the last guy, well, he and I were just best friends, and I wanted to continue to grow our relationship as best friends and lovers.

See what I mean? These are colorful fantasies, each painted with different brushes, one just as brilliantly as the next.

These vanish with the thought of settling down with one person. I don't want to settle down with someone if I have to compromise.

My friend takes issue with that. "Adjust your attitude on what it means to fall in love," he said. "That's when you'll fall in love."

The truth is, it's hard to be in love with one person. And scary. To depend on them is a huge leap of faith--they become a source of love, sex, trust, and happiness, and that's a hell of a lot of things from one source.

The right person will have it "all," they say. You won't have to compromise, they say.

But I'll tell you right now: I've dated and dated, and I've yet to find the guy who has everything I'm looking for.

Maybe none of those guys was the one for me. Maybe, with the right guy, I wouldn't have to think and think until my brain ran out of juice.

Or maybe, deep down, at the very root of me, I know someone out there really doesn't have it all. And maybe love is a storm. Maybe I'm waiting out falling in love because it will uproot my world--as any strong storm does--until I finally give in to being wrecked by it, because being alone no longer feels exciting and powerful, just lonely and unmanageable.