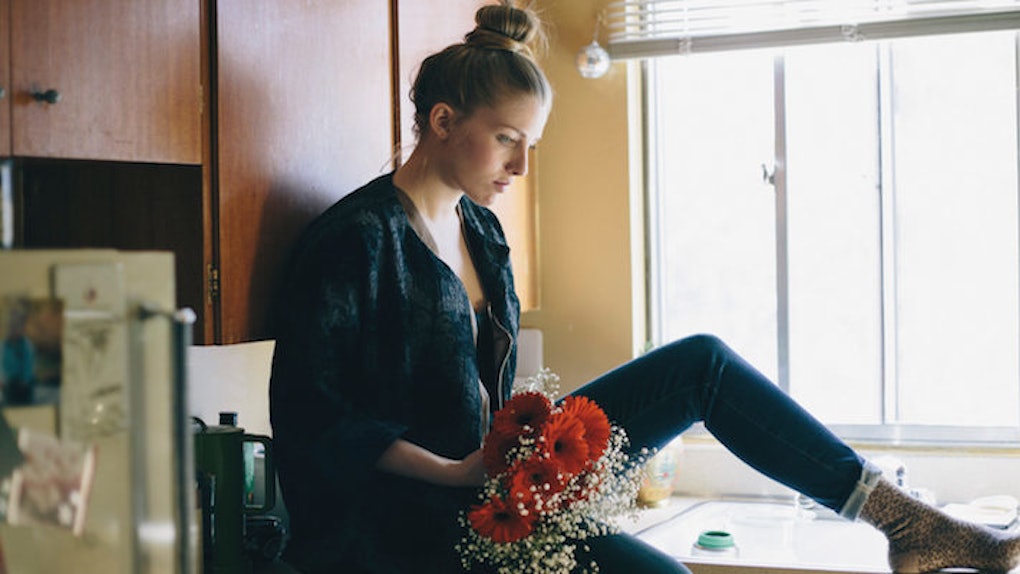 Why Hopeless Romantics Are Really Just Commitment-Phobes In Disguise

For as long as I can remember, I've pegged myself as a hopeless romantic.

According to cinematic standards, I am, anyway. I'm that single girl who can't ride the train without envisioning a hypothetical future with every attractive man in the same subway car as me, then goes home upon not having talked to any of them, downs a pint of ice cream and cries herself to sleep.

But life isn't like the movies. There may not be a perfect prince whose mission is to save me from the humdrum of everyday life. And my fellow hopeless romantics, I hate to burst the perfect little bubbles you've carved out for yourselves, but I must: "Hopeless romantic" is just code for "commitment-phobic."

It was my wise friend who helped me realize that. Just the other day, I was complaining to him about not having met "the one" (you know, just a typical day in the life).

"Sheena," he said in such a tone that made it obvious he was about to drop some tough love on me. "Get your head out of your ass. You're as commitment-phobic as they come. You just like saying 'hopeless romantic' because it sounds less incriminating."

I didn't want to believe him. Me? The girl who cries at that part in "Love Actually" when the guy crushing on Keira Knightley shows up at her front door with "I love you" signs? Yup.

Little did I know that this whole time, I've been crying over all the men I'll never give myself the chance to have, because I'm too wrapped up in the idealistic man I don't have.

But my friend was right (damn him). I thought back to all the men I've ever shot down despite having feelings for them and I winced. Why did I fight my romantic feelings?

Because the feelings were for men who didn't embody all the qualities of the man I have in my head.

We hopeless romantics are afraid to fall in love, and we're even more afraid to admit that we're afraid.

He's too short, he's too tall (yes, that's a thing, I've discovered). He's too nice, too available, too smart, too arrogant. Even if he's essentially perfect... if only his nose weren't slightly off-center. These are all ways I've dismissed men I liked, men I refused to commit to because committing means giving up on my dream man.

This is going to sound crazy, but I'm holding out for Calvin Harris or, at the very least, a Calvin Harris-esque man.

We hopeless romantics are afraid to fall in love, and we're even more afraid to admit that we're afraid.

See, someone is always going to be "too" something; well, anything but too perfect. And the thing is, we know that, but we don't want to come to terms with it. Honestly, we're kind of just fuckgirls.

Used to being independent -- often to the point of isolation -- we roam around with our chins in the air, looking down at every man around us because they just aren't good enough for us. Starry-eyed we are, with our heads in the clouds. But the clouds don't have the answers. The answers are right here on the ground in front of us.

We fail to see who's right in front of us because we're too concerned with who could be ahead of us. We don't know how to live in the present and subsequently sabotage every single person who could've been good for us along the way. We are way too in love with the idea of love to actually let ourselves fall in love.

I used to say to myself that I'll never settle and lower my standards. But I've learned that it's not so much about lowering your standards as it is about living in the present.

The first step for the hopeless romantic? Admit you have a problem. We can do it together: My name is Sheena and I am a commitment-phobe. The second step is to take action to solve that problem.

I wish I could take my own advice.