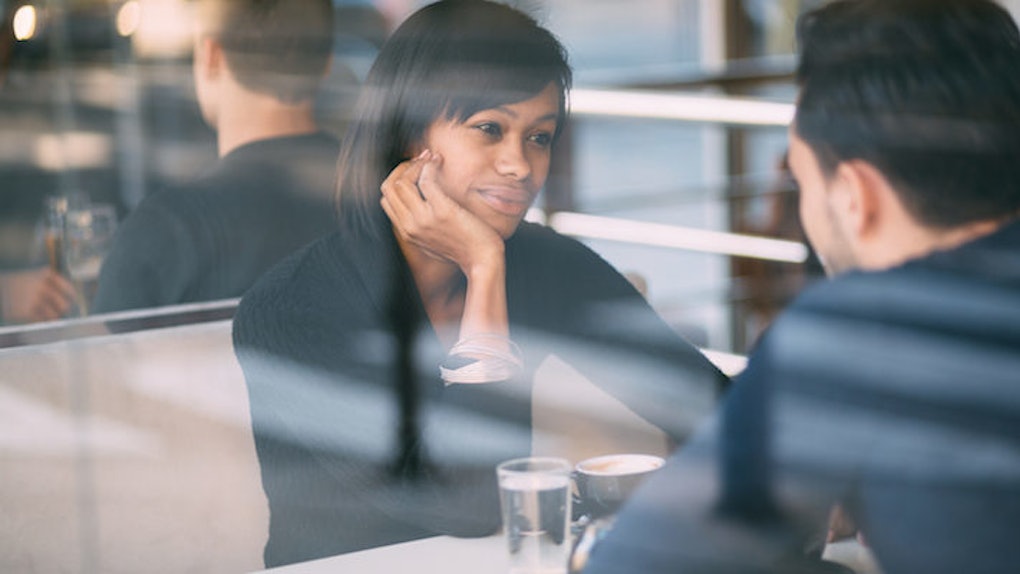 Fears Black Women Who Date Other Races Have

They say fear is all in your mind, but we can all admit the world has a way of reinforcing those fears on a daily basis.

Black women are walking tales of resilience and strength, and it's all embedded in their skin.

But like for all great superheroes, there's a weakness or fear that causes some tension. When black women date outside their race, it can be scary.

Society already has these ill-prepared, mapped out steps for you because of the race you identify with. Society might tell you you're steering off course.

If you're a black woman who has ever dated a different race, you probably stumbled across one – or maybe more – of these erratic fears along the way.

1. The Fear Of Judgement

Well, duh: No one likes being judged. But when you consider the fact that you're dating a different race as a black woman, it delves a little deeper into the historically painful days of discrimination.

Every day you're being judged, even when you don't think you are. But to be analyzed under a microscope for your relationship can be pretty overbearing.

Black women are already judged for so many other things. So, a black woman could be hesitant to date another race for fear of being judged even more.

2. The Fear Of Being A Fetish

You know how they say old habits die hard? Well, stereotypes are the same.

Except, they really don't ever die at all because people can't just leave them the hell alone.

For those who still consider stereotypes to be fact, black women are framed as hypersexual, exotic women. They are seen as “forbidden” and untamable.

Sound a little jungle-like to you? Yeah, me too.

Because stupid things like these still linger in people's minds, black women are hesitant to date other races.

They do not want to be simply “had,” or the reason for your fist bump over beers with your friends because of your sexual “conquest.”

3. The Fear Of Being Shut Out

The black community is very family-oriented. But it can be specific at times, depending on the person who penetrates that circle of connectedness.

A black woman does not want disapproval from this circle just because she brought an “outsider” to join the ranks.

This is not me saying black people have not opened up to mixed-race relationships. But just as stereotypes about black people still live, so do black people's judgements and opinions about other races as well.

4. The Fear Of Meeting The Family

OK, everyone is scared of this stage. But when you're a black woman being introduced to a non-black family, it can be quite unsettling... especially if you're hounded by all those thoughts of disapproval.

You don't know what you're getting into; there are already pre-existing judgements about your character and attitude.

Now, your partner's parents could be completely accepting... but that doesn't mean you don't have that moment of sinking into yourself and overanalyzing everything.

5. The Fear Of Public Tension

I don't know about you, but it seems like there is a crazy high percentage of black women who are unmarried and single.

But let her test romance with someone of a different race, and someone had better bring the pitchforks and scarlet letters.

Sometimes, it can be a bit hostile in public. People may even wonder what was so bad with the options you had within your race.

What's crazy about this is the fact that it's OK for black women to be alone than with another race. It just doesn't make sense at all.

Black women are constantly breaking the restraining barriers that depict who they should be and how they should act: This is nothing new.

So, if you see an interracial couple, stop that ignorance of yours from asking why.