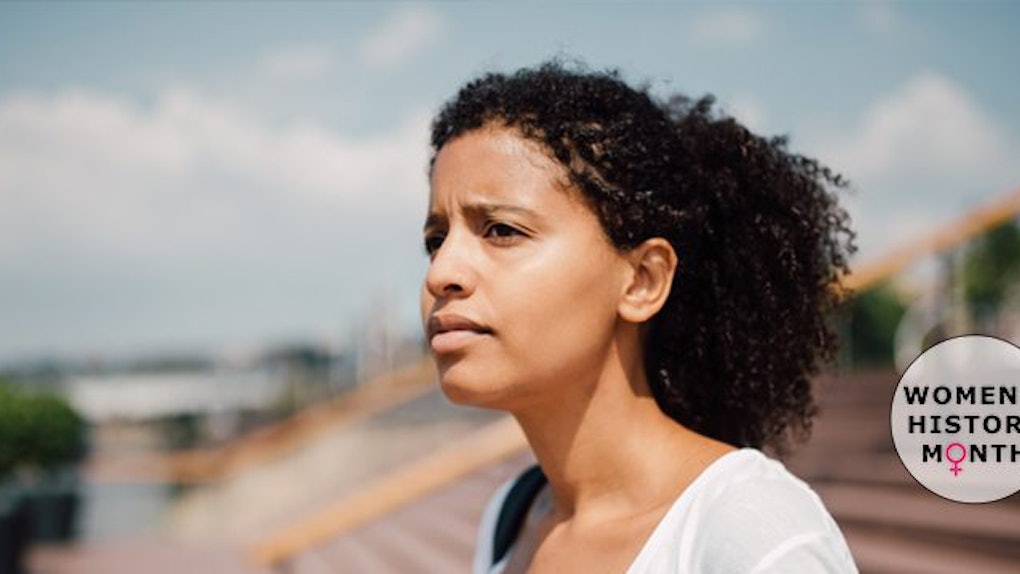 What Is Colorism? As Told By A Light-Skinned Black Woman

"What are you mixed with?" is something I'm asked regularly. It's the most common question I receive from a stranger, and it still manages to get deep under my skin.

I raise my eyebrow and respond with a blunt, "I'm black," only to be challenged with "black and what?"

Sometimes I respond "just black," and when I can't resist being slick I'll answer, "black and proud."

Being black, despite all the ugly we've endured, is the most remarkable experience I'll ever know.

Being black, despite all the ugly we've endured, is the most remarkable experience I'll ever know.

The world has been against us although we've contributed some of the most vital innovations and cultural influences.

For me, it's always the hardest when our slain brothers and sisters are denied justice. But even then, I wouldn't trade in my black experience for the world. I love simply being able to say I am a part of a community made up of such brilliant people.

However, I often ask myself if I would love my experience as much if I didn't reap the benefits of being a light skinned black woman.

Racism is layered with an abundance of one horrific detriment after another. At the core of it is the psychological deceit and manipulation that has been carried with us for hundreds of years.

Like inception, the idea that black people are inferior to whites has been planted in our minds. That idea has manifested into a hierarchy of black people, with those who closest resemble white people at the top.

Colorism in the United States is rooted in slavery and is the product of a sickness created by racism. Lighter slaves were more favored than darker slaves, though all slaves were dehumanized nonetheless. That slight favorability stuck onto us overtime, and the evidence is clear.

Not every black experience is identical. While we are all underprivileged, it would be irresponsible to deny that certain groups within the black community are more disadvantaged than others.

It is widely recognized that I am of a lighter complexion. Sometimes I'm even perceived as mixed race. It would be a blatant lie to say this perception doesn't draw much more positive attention than it normally would for my darker skinned sisters.

While this attention usually makes me uncomfortable rather than proud, it should be noted that a more positive (although ignorant) response from others is far easier to digest than to be rejected like many dark skinned women have been for years.

All women are under a microscopic lens.

All women are under a microscopic lens, and coerced to meet absurd beauty standards. The European beauty standard has been forced upon all races for centuries. Women are constantly measured up against this standard and treated accordingly.

Black women are victims of some of the harshest stereotypes. Collectively, we are demeaned and mocked. Separately, light skinned women get a pass over dark skinned women in terms of romance, work and overall perception.

Clearly, this is false. But the effects of these delusions are all too real. Light skinned women are even more likely to be married over dark skinned women.

One misconception of light skinned black women is that we are stuck-up. Another fallacy is that we are not "black enough". We usually hear this from other black friends, and mistakenly we blame our friends for reinforcing this idea when in reality the bigger monster at fault are the people pulling the strings.

I was raised to be proud of my blackness and to always be vocal about it. Often times when I correct someone who thinks it is a compliment to be thought of as "mixed," I am met with confusion. I was given a free pass to distance myself from the black race, how dare I refuse it?

While I'm sure you can see just how offensive this is to me, just imagine how much more offensive it is for darker skinned people who are the subject of what others try to encourage me to distance myself from.

And there lies the difference.

We all internalize our experiences with racism, colorism and discrimination differently. We are all black and each struggle that comes with our identity is valid. Light skinned women are entitled to feel hurt and express our disdain for being shunned by society, because this is still true.

But we contribute to the divide when we fail to acknowledge that whenever black women are finally recognized, the subject is usually a light skinned woman while darker skinned women are undervalued and face a much more stifled representation.

We cannot take the bait.

Any insult to dark skinned women is an insult to me.

Admittedly, it is frustrating having to defend my blackness on a regular basis. But I will never place the blame on black people. We did not create racism nor colorism; this was forced upon us.

Are dark skinned women supposed to sit back and watch us receive more praise?

We're told we are smarter, prettier and better than them, so should they still welcome us with open arms even if we graciously accepted these "compliments" instead of shooting them down?

I look like a black woman, but my skin is lighter and my hair texture is wavy. Although white people view me as a black woman, I often encounter warmer receptions than some of my darker friends and relatives.

The best way for us to fight this is to call out all injustices, especially those that do not directly affect us.

I will not celebrate special treatment, especially when it is derivative of racist ideologies. Any insult to dark skinned women is an insult to me. Ultimately, fighting racism as one will always undermine the separation forced upon us.