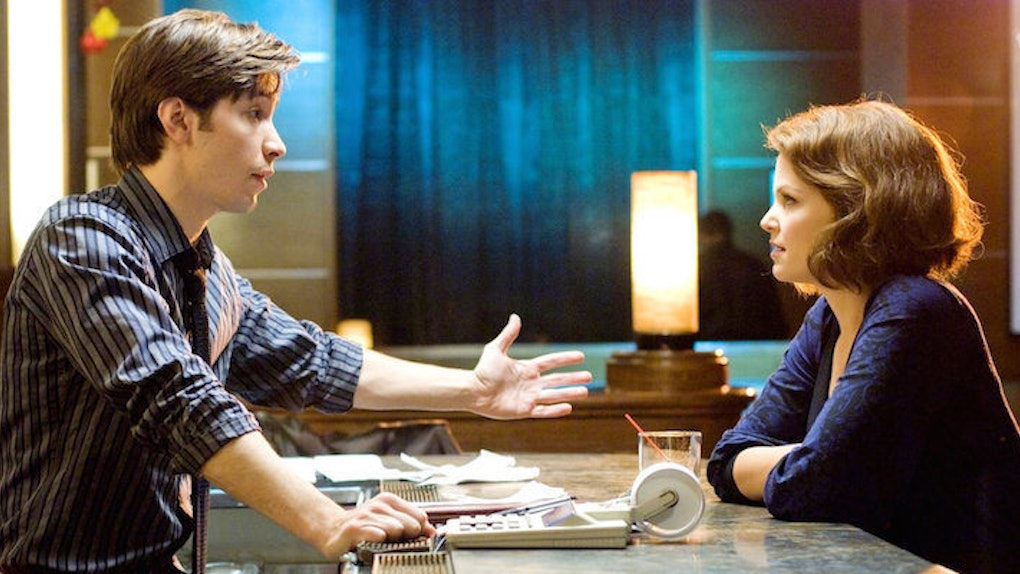 20 Excuses We've All Heard From Guys Who Weren't Into Us

I remember reading an interview Scarlett Johansson did with Cosmo back in April. She was talking about chasing some guy who was "forever unavailable… but, like, so attractively unavailable."

She went on to talk about how she'd wait outside of bars trying to get a hold of him while her friends were inside waiting, and how she'd take a cab to go find him at God knows what time of night.

The point was, he just wasn't into her. And she had to accept it and move on.

I remember reading this interview and LOLing.

First of all, who in their right mind is rejecting Scarlett Johansson?

Second, if we're living in a world where Beyoncé gets cheated on and Scarlett Johansson is getting rejected outside of bars, literally ALL of us are going to be rejected at one point or another.

And with every dumb rejection, comes an even dumber excuse.

So, read along and take a trip down memory lane as we go through 20 of the most bullshit excuses guys have used to reject us.

Oh! THAT'S why he's literally been ignoring your existence. Wow, I bet you feel so much better now that you know.

2. "I'm not looking for a relationship right now."

Flash forward two months, and there are engagement pictures of him and his new girlfriend fiancée.

3. "I just got out of a serious relationship."

And, of course, that means he can't be in one ever again. Duh!

This seems to be a fear he never intends on facing.

Yes, because rejecting me right now is not at all painful.

Right. Because responding to my "hi" text was so difficult.

WHEN? We literally spend EVERY night together.

And, of course, that means I need to go because apparently I'm high-maintenance bitch who demands all of your time.

9. "I don't believe in monogamous relationships."

10. "I'm just not ready for a serious relationship."

Nor have you ever been in one, so there's that.

Yeah, you're right. We've only been doing this for a year. Let's take some more time.

It doesn't matter that I think we'd be a good match...

13. "I wouldn't be the boyfriend you deserve right now."

Why not? Because you're just a total and complete dingus?

And I guess I would be a HUGE detriment to this whole "adjustment" process.

15. "I don't really have time for a girlfriend right now."

But the fact that I do seems to be completely irrelevant... ? Right. Because I can't think for myself.

You also really just don't want to date me.

And, apparently, that's not something we can do together.

20. "I don't want a relationship to come between our friendship."

WELL, I DON'T WANT THIS FRIENDSHIP TO COME BETWEEN OUR RELATIONSHIP.