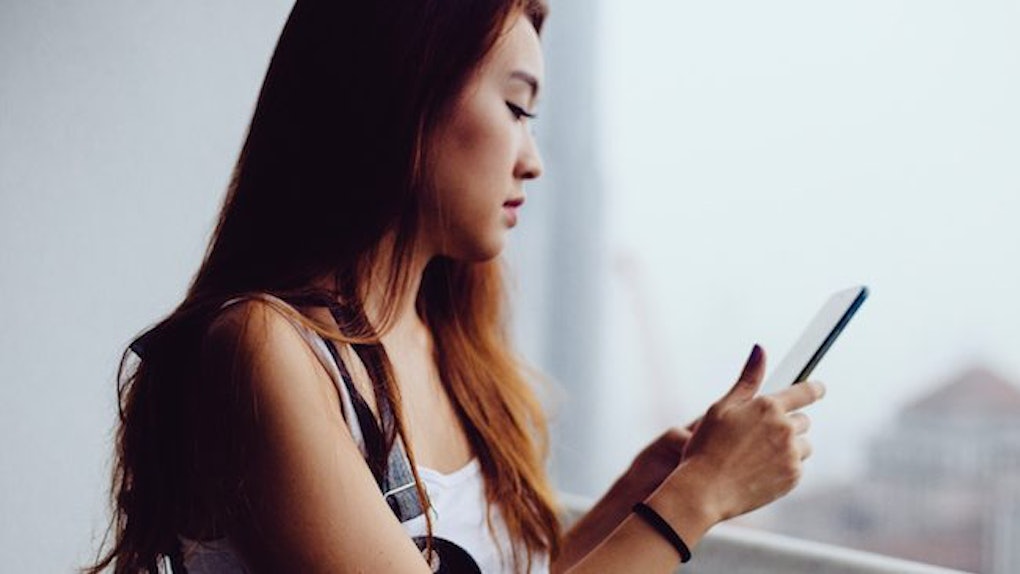 What Does It Mean If Your Ex Watches Your Instagram Story?

There is only one logical reason to ever post an Instagram story: to see who actually watches it.

One of my exes from seven years ago does not even follow me on Instagram, but views every single one of my stories. Weird, right?

And when my most recent ex — the one who swept me off my feet and just as quickly broke up with me without reason — started watching my stories, too, I couldn't help but wonder, does this mean anything?

I mean, I never watch my ex's stories. I don't need to know who they are dating or what they eat for brunch. So why do they do it?

In my head, everything means something, and usually, it all boils down to: This person is obsessed with me. It would be so convenient if, each time a new crush or ghost from my past liked one of my tweets, statuses, pictures, or watched a video, it meant that they were still in love with me.

So, I came to form this hypothesis:

Personally, I think that if an ex watches your stories, they are either 100 percent still in to you or completely over you.

But to really get to the bottom of it, I decided to ask a dating expert and some men for their opinions.

Relationship expert Jen Kirsch ultimately thinks it means... nothing.  According to her, an ex watching your Instagram story doesn't mean anything specific about you. It happens all the time, and it can happen for a myriad of reasons, having nothing to do with having feelings for you.

She also makes a good point that if an ex really wanted to get back together with you, they would. Ouch.

"Just because an ex viewed your Instagram stories, it doesn't mean he wants you back. I mean, he might, but if he does, you'll know. He'll be shooting you a message to make plans to reconnect, and will lock you down," she tells Elite Daily. She continues, "We've all had ghosts of exes past view our stories, and all that means is simply: He viewed our story. Any further analysis of what it means and why now is a waste of time. Something as simple as your story popping up after he's viewed another can explain why he watches it."

And Jen says when we read into things, we can also do embarrassing things.  "Never be that girl that slides into his DMs to ask 'Why did you view my Insta story?' No one likes that girl, and it's not a chic look."

In fact, the only issue with an ex watching your Instagram stories might be how you're reading into them or reacting to it.

The only time his viewing habits become problematic is when you take them personally, and you change your actions accordingly. For example, if you start going out to things or throwing other babely boys on your Insta stories in hopes to make him jealous/make him realize he made a mistake ever leaving you... then you're living for someone else and not yourself.

Everyone will see through this kind of toxic manipulation, Jen also notes.

So if a dating expert doesn't think watching Instagram stories means much of anything, what about the men themselves?

When I asked several men why they lurk, they didn't seem to have a good reason... or at least, they're not fessing up to one.

And according to them, whatever reasons they did have certainly have nothing to do with still being into their exes:

I just want to make sure I'm still happier than they are.

I watch everyone's story as if it was Snapchat. Just let each story play into the next one. Although I don't purposefully go out of my way to watch an ex's story or say a crush's story, I still check to see if they watched mine.

I don't watch if I still give a sh*t. Or the stories just keep playing when you get in the shower bc you forgot to X out

People actually actively check who is looking at their stories?? Regularly??

I'm married for a long time. I don't have bad feelings [for my exes], so I'll watch with a sense of joy at having shared a bit of life with someone.

I NEVER have, literally never will.

It's different depending on if you still follow them or not. I just watch my Instagram stories feed all the way through, regardless of who is on there. If you don't follow the person or vice versa, then honestly, it's probably still pretty innocent.

Seriously, people read way too into social media life. You'll never get a solid answer unless you ask the person straight up, 'Why are you still looking at my sh*t?'

In my dream world, these men would be lying, and they would actually watch their exes' stories because they are still obsessed with them.

However, both the men's responses and Kirsch's response say otherwise.

Guess I'm gonna have a lot of free time on my hands now.