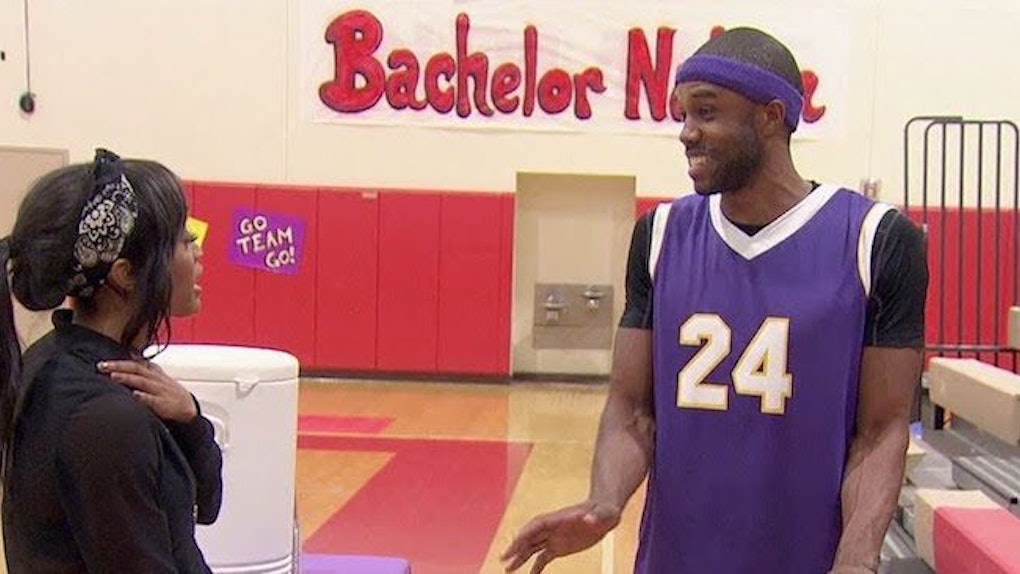 Rachel is the Bachelorette I have always been waiting for (Warning: Spoilers ahead.)

Move over Carrie Bradshaw. Forget about every self-help book I have ever read. Did I really need to go to high school or college? I have decided that I am going to learn everything about life and love from Rachel — don't fight me on this!

On last week's episode of The Bachelorette, during a hot, sweaty, game of basketball, it's revealed that contestant DeMario actually has a girlfriend. In fact, his (ex?) Lexi shows up at the game with a cell phone full of receipts. Not only did DeMario ghost her — right before popping up on the show — but he actually still has keys to her apartment.

Rachel, the true MVP of the day, was not having it and immediately sends DeMario home. Game over.

But on this week's episode, DeMario shows back up at the mansion, begging for Rachel to take him back — like how I wish all of my lying, cheating exes would.

But as a strong woman with a good head on her shoulders, Rachel is having none of it. While she might be looking for the love of her life, she also knows that she is the prize.

She has standards, she knows her boundaries, and she is a woman who's aware of her self-worth. Plus, when it comes to love, she knows the other men will respect her even more each time she exhibits respect for herself.

So she rejects the very hot DeMario again with a speech I wish I had given to every single one of my sh*tty exes.

"Yesterday, that was a boy. I'm looking for a man," she tells him while he tries to win her back.

DeMario claims that he has learned from his mistakes (why do they always say that?), but Rachel counters with the ultimate clap back: "I'm glad that you realized you need to move forward, but I need you to know that forward isn't that way towards the mansion, forward is outside of it."

I have been cheated on before. I also once dated a guy who was in an open relationship, but never told me about it. And you know what I did when I found out? Essentially nothing.

I was afraid of being alone, losing something that maybe I could fix, and seeming like a burden if I stood up for myself. I felt like all the men I was with, and all the relationships I was in, deserved some kind of second chance.

Why didn't I deal with the DeMarios in my life the way Rachel did?

Not everyone deserves a second chance. No matter how badly we want love to work out, it's not always meant to be.

Relationships are either for a lesson or a lifetime. Sometimes, bad things happen in relationships, so we can better learn how to love and stand up for ourselves. I've never regretted setting boundary, but I have regretted being a doormat because I let someone take advantage of me.

Plus, I believe the universe rewards courageous action. Each time we make a conscious decision to rid ourselves of the bad men in our lives, some good men are sent our way.

What Rachel is showing this season on The Bachelorette is a woman with self-confidence who knows what she deserves in a man and who won't settle for anything less — an attitude we should all take into all our Bumble swipes and bar conversations.

I thought I watched The Bachelorette to see drunk guys fight over a girl in a prom dress. Who knew I was going to learn how to respect myself?