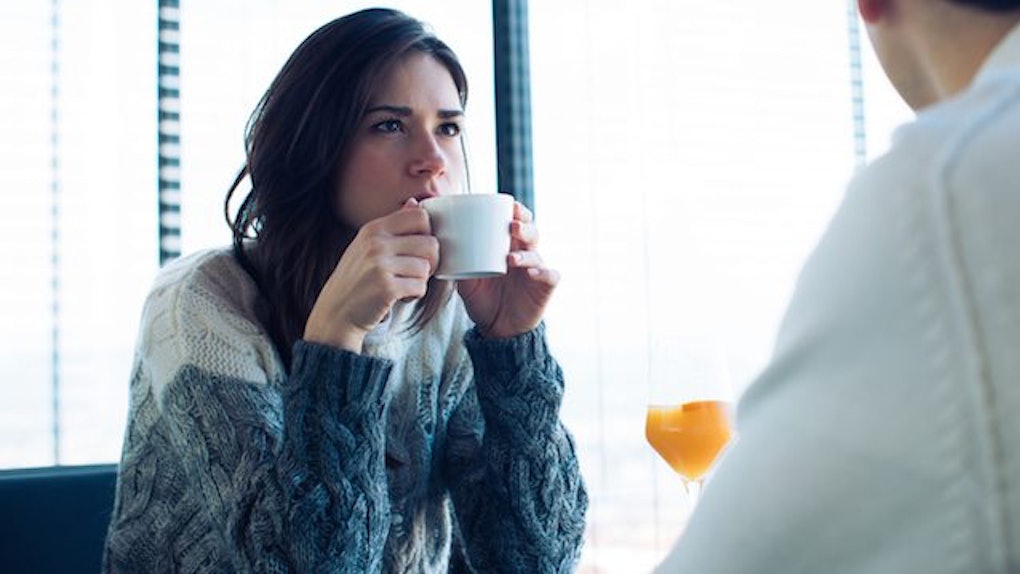 Why Dating Encourages Side Chicks

Our dating culture has become transient. People come and go as they please. No attachments.

But let's face it: The digital isn't real. What makes dating real is the physical moments and connections we have with each other.

We constantly have a flavor of the week or month, and that's why our culture is encouraging people to have a side chick or guy. Our generation changes its mind quickly.

We always think we can do better, and comparing is almost subconscious. That's why it's so important to be conscious in your own intentions, rather than get sucked in by the intentions of others around you.

So, if you really want to know the truth, who is the side chick or guy?

It's the friend of the opposite sex... and very close to you. But no one would really know it.

It might be a secret, but these people on the side exist for a reason: They make us smile. But trust me when I say you should be worried about them.

Why? Because the side person and the person you're dating rely on each other. They trust each other. And they have built this wall of trust and love for each other for years.

You may have been with your guy or girl for months. But the side chick or guy has been around for years.

And let's look at it from the other perspective: You have a friend of the opposite sex, and you love this person dearly. This person has an SO and talks about his or her dating life... specifically, the negative parts.

The person confides in you with his or her relationship problems. That's why our dating culture encourages having someone on the side... because the person tends to be a friend we are physically, emotionally and energetically attracted to.

But with the development of social media, our dating culture is ever changing.

A different date is easy, if we really want it. Seeing numerous people at the same time is accepted – and almost expected – in the early stages.

We like the company of different people to change things up, especially if we're bored with our lives. I find that those who bounce from one date to another are those who lack significant or meaningful interactions in their own lives.

And that is why the side chick or guy exists. When all things fail, you need a friend... but you're also attracted to him or her.

The side chick or guy always comes to the rescue. Because like I said earlier, this relationship has been building for years. It's like having a safety net.

Dating is changing: We have options. It's like we go to the grocery store to buy one thing, but come back with a bunch of things.

Dating is easier and quicker because our lives get really busy, and so we want quick fixes. But they don't exist.