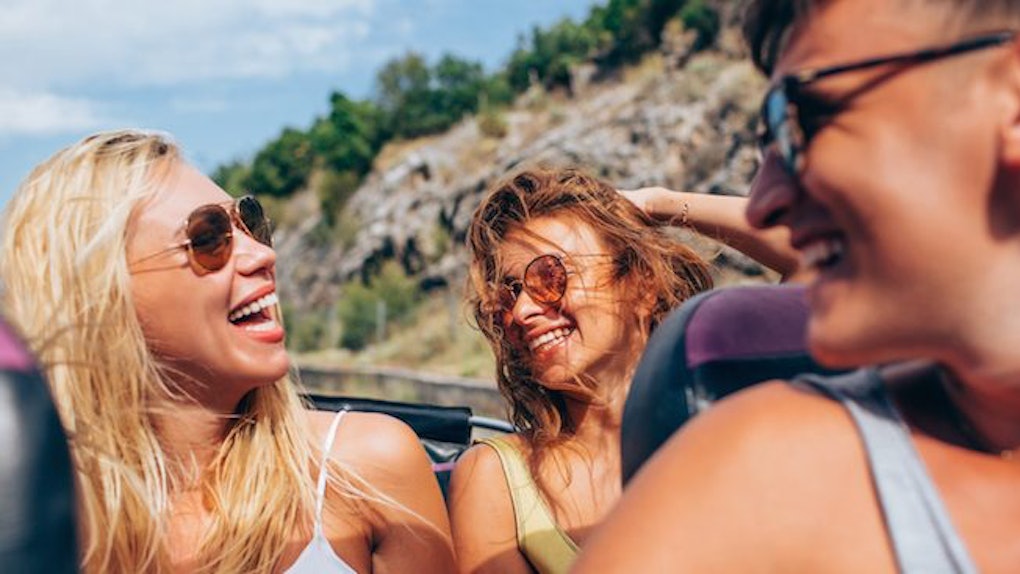 Ways To Deal With Boyfriend's 'Girl Friend' Who Likes Him

It can be so damn frustrating when your significant other's “girl friend” in his friend group has feelings for him, but he just can't see it.

As the girlfriend, you're stuck in a sticky situation: You don't want to keep dwelling on it, but another part of you wants that bitch to get her eyes TF off your man and take a hike.

If you've experienced anything close to this scenario, you know exactly what I'm talking about.

Your boyfriend and his close girl friend have experienced epic memories and people from the past long before you walked into his life.

They can read one another like a book. They're close to each other's families, and they share countless inside jokes.

You just can't seem to shake this one. She's always around (and obviously ALWAYS down to chill) because she's in his main friend group.

She rarely makes other plans because she pounces on every freakin' opportunity she gets to hang with him. UM, someone needs to alert the stage-five clinger patrol ASAP.

Basically, you kinda-sorta-REALLY want to scream and cringe when she's around.

BUT you're a confident, secure and classy kind of gal.

It seems pretty obvious to you, but he's totally oblivious to it.

Here are seven ways to tactfully deal with your boyfriend's “girl friend” in his group who likes him:

1. Take a step back and assess the situation at hand.

Give it time and really think about how you want to handle this issue... because it's a delicate one.

It's never good to act out right after someone pisses you off because you're not thinking clearly. It's important to take a step back, focus and re-charge.

2. Invite her out for coffee or drinks.

Get to know her, and smother her with kindness.

Organize a double date with a guy you think she'd be interested in, so she can move the heck on from your man.

The last thing you want is to come across as a jealous, insecure high school chick.

If he had feelings for her, he would have already asked her out.

5. Invite them BOTH to do something with you.

It's all part of smothering her with kindness and showing your man you're confident.

6. Do things to take your mind off it.

There's nothing worse than focusing on this 24/7, and it's not healthy.

Whether you get involved in a yoga class with the gals or take a weekend trip with your boyfriend, put your mind elsewhere.

Do not let this consume you: YOU'RE the one who has his heart, not her.

So, you've already won this game.

7. Talk to your significant other.

If you're super uncomfortable about the entire situation and it's becoming unbearable, have a conversation with your boyfriend. It's never good to let things build up and fester.

If you have major trust issues with your boyfriend out of fear he might cheat on you, that's another story... and you probably shouldn't even be going out with him, anyway.