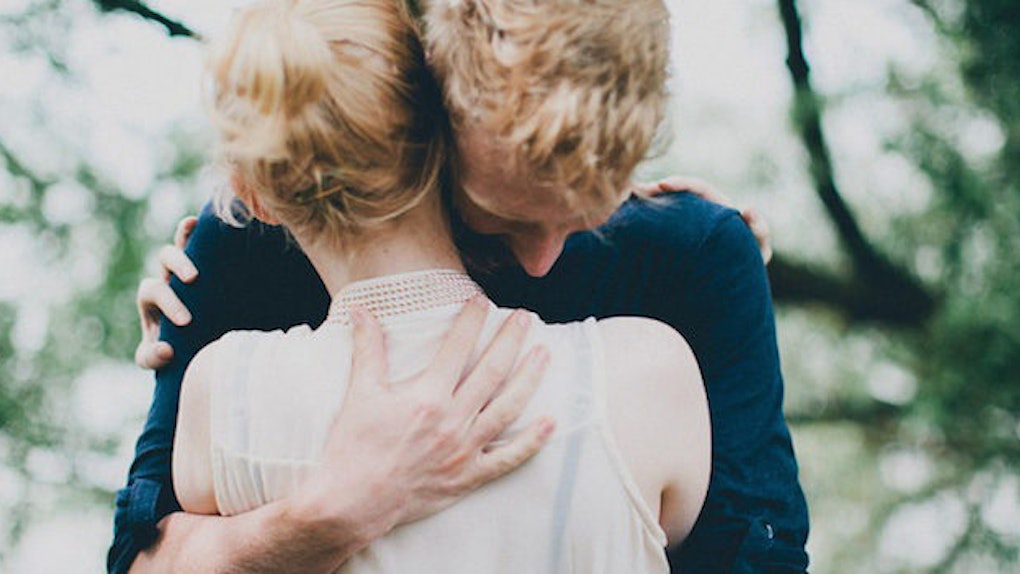 How Our Dating Culture Has Already Broken Your Future Wife's Heart

As a generation, we have recreated the standard of dating for not only ourselves, but also for all generations before and after us.

It is now the norm to no longer have a "significant other." Being "tied down" has a stigma and is widely frowned upon within the 20- to 40-year-old age group, especially males.

A "bae" (before anything/anyone else) is what we now jokingly call someone we are interested in; however, we don't necessarily have to respect bae's feelings, or actually put bae before anyone else.

There is a gap in what used to be and what needs to be. Even those who promote this new way of "dating" have this idea that one day, they will settle down and revert to the archaic days of opening doors for respectable young ladies, taking them on proper dates and giving them their last names.

Except, what if it is too late for that? What if, by the time they are "ready" to find respectable women to take home to their mothers, their names are diminished in an irreversible respect?

Everyone has a past -- don't get me wrong. Everyone also makes mistakes. But, when has it gone too far?

By the time you are tired of chasing meaningless relationships and giving your body to those undeserving of it, the one you wish to pursue seriously won't reciprocate.

My closest group of male friends in my early years of college would, quite literally, swap out their girlfriends in front of and behind their backs.

Once we got older, I don't know how many times I heard, "I wish I could find a good girl." By that, they meant someone who had the archaic idea of dating a respectable young man (or, if they couldn't find that, at least a girl who only wanted to be intimate with them during their time together).

They couldn't — and still cannot — attain that wish. This is because they were already notorious for treating their company of women in a shallow, degrading manner.

What's worse is these women they kept company with supported their habits. Why? Because that is "just how things are." It is the new cultural standard.

Growing up in a (very) small town, I see firsthand how devious and selfish we as a society have become.

It is rare to take a group of mid-20-year-olds and come to find at least half of them have not been intimate with another (or several) in their group.

Odds are more than half have shared a sexual encounter with more than one person in the group.

If you were to meet someone who didn't know you, how devastating would it be for him or her to know that everywhere you go together, he or she will encounter someone you have been intimate with?

It's likely people we have pursued before will be similar to what we look for in a potential partner in the future, whether we mean for them to be or not.

It is also likely that, in some manner, we will befriend one of these past partners. It's just math, especially in smaller communities.

It's also common that we as a generation have been intimate with our closest friends of the opposite sex. It is likely your future permanent partners will become uneasy of those relationships.

Now, we have not only put a barrier through a friendship, but a doubt into our relationships.

Whether or not you ever have intentions of having that kind of relationship with your friend again, that wall is there now.

Nothing can remove it except lying, which just deepens the issue.

Once you expose your relationship to lying, it will become commonplace if not only to conceal the original lie.

Eventually, it just becomes a habit so we don't have to take responsibility for our poor decisions.

I want to make it clear: I'm not slut-shaming by any means. I really hate that phrase. I am in the midst of a generation that created these standards.

I am in my mid-20s, the prime of this era of dating. I've been there; I've done that. We all have pasts, and they have to either be accepted or not.

I just wonder, have others in my generation ever considered these things? What is to come of "when we are ready?"

Who is ever really ready for anything? What happened to an honest, honorable commitment?

Why do we feel the need to scavenge through our partners' cell phones, laptops, iPads, tablets, emails, IMs, DMs, Twitters, Facebooks, Instagrams, etc? Why?

It's easy. We have dozens of forms of communication running at all times, at all hours of the day.

We have unlimited access to it through any form of networking.

You combine that with the new standards of morale, and you have a mess we have made of human communication and relationships.

There is a gap between our grandparents, who are (for the most part) still celebrating 50-year anniversaries, our parents, who are mostly divorced, and us, who don't have a damn clue what were doing.

I could be wrong, and maybe we will eventually get it together, but it's definitely worth considering.

Have we already broken our future partners' hearts?