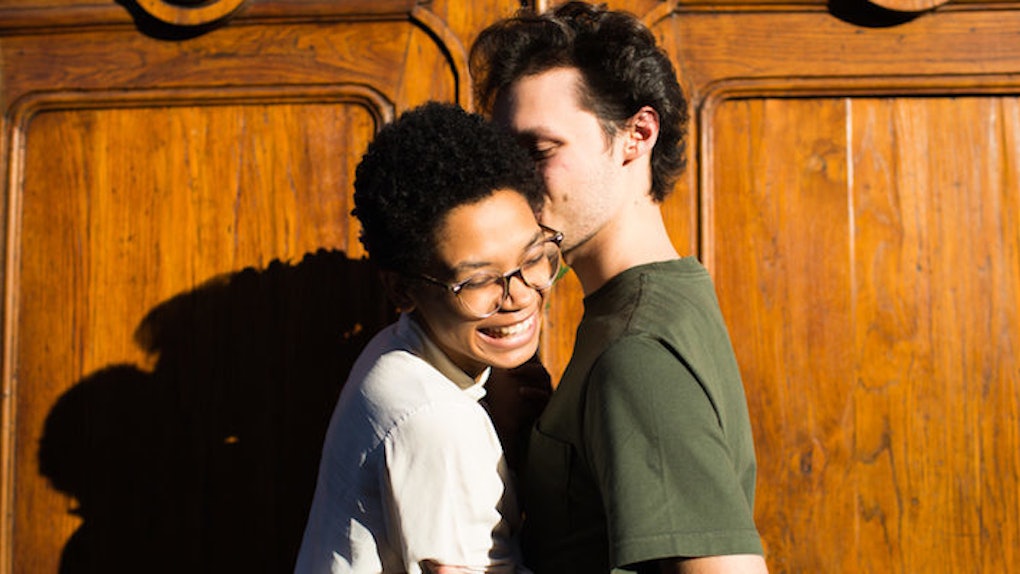 I am officially a mid-millennial (Is that a term? If not, I'm coining it). Yes, I recently turned the big 2-6. And I have to say I feel changes I didn't think I'd feel.

Firstly, there are the emotional changes: You learn how to cope better with stress and the unexpected things life throws at you.

Secondly, there are the physical changes: your first gray hair, the beginnings of under-eye wrinkles. You long for a change in clothes and style (you're not a girl, not yet a woman), but you don't know where to begin, so you start with throwing out half your closet.

Finally, there are the biological changes: I kid you not when I say I now suffer from what I call "Fleeting Baby Fever Syndrome." I'll see a baby and coo, then feel it all up in my insides and low-key picture a life full of bibs and babies.

Compare that to 22-year-old Sheena, who winced at the sight of a stroller. I even have a nephew now (look at this guy; he's such a cutie!):

I carry all these changes with me into my dating life. Whenever I meet a guy I'm semi-interested in, I even start to think, "Is he a 'forever' kind of guy?"

But my most recent date taught me that I may not be as ready as I thought.

I met him at an electronic concert. I almost didn't go, but my girlfriend dragged me with her because she insisted I "get back out there" (I've been on dating hiatus and am very choosy about who I go out with these days).

Sure enough, there, underneath a large disco ball and music loud enough to pop eardrums, I danced for hours with a tall, nerdy-hot guy. We exchanged numbers and planned a date.

Nights later, we found ourselves shooting the shit over cheap-ish Mexican food — "cheap," as in, somewhere between Chipotle and the top-shelf tequila place around the block from my apartment.

"I can't figure out what I want to do in life," my date said, after having just told me he's in a band, but also in-between jobs.

"I can't figure out what I want to do in life," my date said, after having just told me he's in a band.

I meant what I said, just in a different way than he meant what he said. I know what I want to do with my life. But I don't know what kind of guy I'd want to spend the rest of my life with. Still, we shared that aimlessness.

At that moment, I realized I didn't even know his age. We'd met while head-banging next to each other in the dark, and age was the last thing on our minds.

Shit. I'd have guessed 25. There was something about the way he carried himself. He was unapologetic in his opinions and had this ~cool guy~, untucked-plaid-shirt-with-slacks style, one he pulled off well without looking like he tried hard to. 21?!

But the fact remained he was a baby, and I was officially a cradle robber.

Hesitating, I told him my age and we laughed about the age difference. He didn't seem to mind.

We moved from Mexican and onto my rooftop. There we were, kicking back in our classic Converse, drinking wine straight from the bottle. He asked me to salsa dance with him to no music. It was all very cute.

You know what else felt like home? (And no, I'm not just saying that because I was on the rooftop of my home.) Being on a grungy rooftop, after having thrown caution to the wind by buying really fancy wine I'd paid for by swiping my credit card without checking my bank account (oops) and drinking it without cups.

It wasn't only that, though. It was also how we drank away our fears — fears shoved down so deep within us that they came out in tidbits the drunker we got and crawled back into us as we heard ourselves talk about them — about life and love. They were fears we just didn't feel like speaking of in any real capacity.

See, I tend to go for the guys who suffer from a general sense of lostness. Guys who are trying to run from something, whether that's feelings or actual people from their past who have hurt them. Guys who just don't have it together (and I mean that in the most endearing way). Those guys don't know how to be emotionally in tune, and I also struggle with that.

But I'm 26 now — four years from 30, and more than a quarter into my life — and my date with this 21-year-old made me wonder what kinds of guys I actually should be going for now.

Do I address my fear of feelings and date older? If so, how much older? Or do I continue to date people who also enjoy ignoring "feelings" and suffer from the same general confusion I suffer from about what they want and need?

Everything chances when you turn 26. You enter freak-out phase and ask yourself if your romantic choices are lining up with that life plan you've had for yourself ever since you were a little girl: boss bitch by 30, mom by 32, kids by 35... I want all those things. But if there's anything my date with the baby boy taught me, it's that I've got quite a bit of growing up to do.