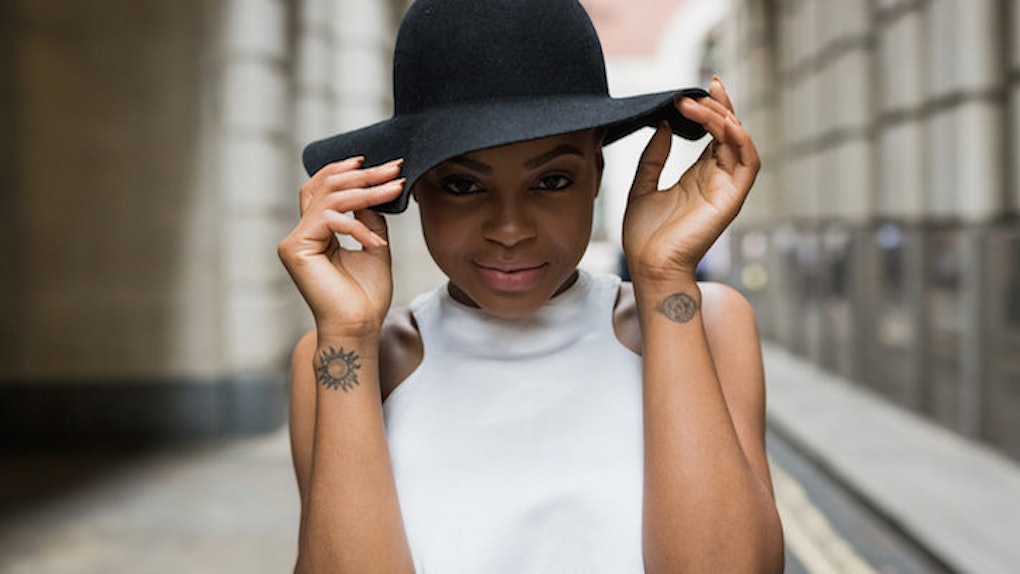 How To Date Like A Feminist, As Told By A Feminist

I'm a feminist, but I also date men WHO PAY FOR MY DINNERS! *gasp*

Take a breath. I see you getting angry at me. But what if I also told you I'm a feminist who MAKES HER BOYFRIENDS SANDWICHES?

Or, if you want, you also CAN abolish standard dating norms! You can act however the hell you want! That's the beauty of feminism: you have choices.

But all of the choices can be confusing. So seeing as I've been navigating the dating scene as a feminist for the majority of my teen years and into my adulthood, I decided to break it down for you, just in time for WOMEN'S HISTORY MONTH.

Here's how to date as a feminist.

1. Use Bumble. Or don't be afraid to approach guys first at the bar.

I can not rave about Bumble enough. Bumble is Tinder's cooler, hotter twin, where only women can message guys first. I met the guy I'm currently seeing on Bumble, and he is fantastic and probably reading this right now so: hey!

If online dating isn't your thing, translate the logic of Bumble into real life and don't fear sparking a conversation with a guy. Guys are more into this than you think.

A big part of the feminist movement is showing everyone that stereotypically "feminine" qualities like sensitivity and empathy are just as valuable as stereotypically "masculine" qualities like strength and assertiveness. This is because every single human being possesses that softer, more emotional feminine side, and encouraging guys to hide it in the name of "being a man" is damaging to men.

So we have to show guys that they, too, can embrace that feminine side -- a side that, once again, literally every human being has. You can encourage men to do this by rejecting the alpha male asshole who pretends he doesn't have feelings and finding the beauty in the guy who KNOWS he has feelings and is even willing to share them with you.

3. Date a guy who likes you for more than what you look like.

I know this sounds simple, but many women get tricked by asshole guys who are only in it for the sex. I'm sure it's happened to you, too.

If you're dating a guy and you find that he doesn't like fundamental parts about who you are, it's time re-evaluate your situation. Again, simple, but in college I stuck around in my relationship for three years after my ex asked me why I write about things that don't matter. Need I remind you that writing is a fundamental part of my life, both spiritually and economically. (To this day, I am still embarrassed that I let this happen to me)

Why is it feminist to date a guy who likes you for more than what you look like, you ask? Well, because feminists are trying to fight against the notion that a woman's value only lies in her appearance. So if you're dating a guy who adheres to that notion, get rid of him. Now.

4. Don't downplay your accomplishments and strong qualities because you're afraid of being intimidating.

When I was 15, I had a crush on a guy who called me intimidating because I was intelligent. Little did I know that that wouldn't be the first time a man would interpret a strong personality trait of mine as something negative.

We live in a world in which women are not allowed to lead, speak up for themselves, be proud of their accomplishments, or embody any similar strong qualities without being called too much, or a bitch, or, in my case, a cunt.

And that's because our purpose is to be passive vessels into which penises enter! (see point #3).

But fuck that guy from when I was 15. Fuck anyone who tries to make you feel less than who you really are. Don't let them scare you into hiding. Be proud of who you are.

5. Make him the damn sandwich.

Yes, this tip is everything you've been taught not to do as a feminist. But let me back up.

There's a lot of talk about how if you're a feminist, you're not allowed to have your boyfriend pay for dinner. You can't accept "chivalry." That's bullshit. You can be a feminist and enjoy a steak that a man purchased for you.

Issues arise when women feel FORCED to adhere to these feminine roles. So if your boyfriend is being a dick to you about making him a sandwich, definitely don't make him one. But if he paid for dinner last night or just sweat it out cleaning the shed all morning, by all means, make him a sandwich for lunch. It's fine. You're not any less feminist for doing this.

6. But also pay for dinner.

As I said in point #5, being a feminist means you believe that feminine roles are valued just as highly as masculine roles. It means you believe that masculine and feminine roles have equal importance in the relationship. This means they basically dissolve into just "roles" that are not gendered at all, so both you or your boyfriend can do any of them.

That means that you have to pay for dinner sometimes (or find a splitting-the-bill arrangement that works for both of you!). You have to help out in the yard sometimes. You have to open the door for him.

You have to forgo the whole "THAT'S MAN'S WORK" or "THAT'S WOMAN'S WORK" thing and just allow both of you to interchangeably do any role. That way, relationship roles become not based on gender, but based on respect and doing things because you want to.

Feminists don't let GUYS sit around and hog all the good feelings. No. Feminists demand good sex and orgasms. Feminists know that women are not just objects of pleasure at which men ogle; women are SUBJECTS of pleasure. Women can receive pleasure, too.

So don't be ashamed to tell guys how your body works, what you like and what you don't like. It will only benefit you in the end. A good guy will be receptive to this information and do as you say.

The "cool girl" doesn't have feelings and drinks beer and plays video games. She can do that weird fart thing with her armpit. She kind of acts like a dude, doesn't she? How cool.

Yeah, no. Don't be her. This girl defines "cool" as "acting like a dude," which means she puts masculine qualities on a pedestal and shames femininity. And what's wrong with being girly? The whole POINT of feminism is to prove to the world that femininity is just as important and "cool" as masculinity.

If you like beer and play video games for real, then fine, do it. But if you'd rather drink a sauvignon blanc and read Cosmo, then do that and be proud to do it.

9. When he talks about his "crazy" exes, do not indulge him.

Men call women crazy for the most asinine reasons. In my experience, however, the reason that appears the most frequently is "when she had a feeling and told me about it." Which, in reality, is not crazy. In fact, you'd be surprised to find that most exes are actually not crazy at all. Shocking, huh?

Look, you know what it feels like to be called crazy. And you don't like it, do you? It makes you feel ashamed to ever speak up about your feelings, doesn't it? So when the guy you're dating starts talking about how "crazy" his ex-girlfriend was, do not indulge by scoffing and saying, "Ugh, girls suck." If you do this, you validate the legitimacy of "crazy," and you're contributing to a culture that silences women for having a feeling.

Just nod and change the subject.

10. If you don't want to date someone or kiss someone at a bar, don't lie and say, "Sorry, I have a boyfriend." Just say no.

Women have been taught that "no" is somehow not enough of an excuse to get out of doing something we don't want to do. So when we reject someone, we tend to default to the "sorry, I have a boyfriend!" line and walk away. And this is always effective: dudes hear that another dude has already staked claim, so they respect that dude and walk away.

But this is problematic. Because if we use this excuse, the only reason why the guy who was hitting on us will walk away is because of another man. OUR "no" is not enough. What WE want is not enough.

No more lying about a fictional man protecting you. YOU can protect you, too. That's what being a feminist is all about.