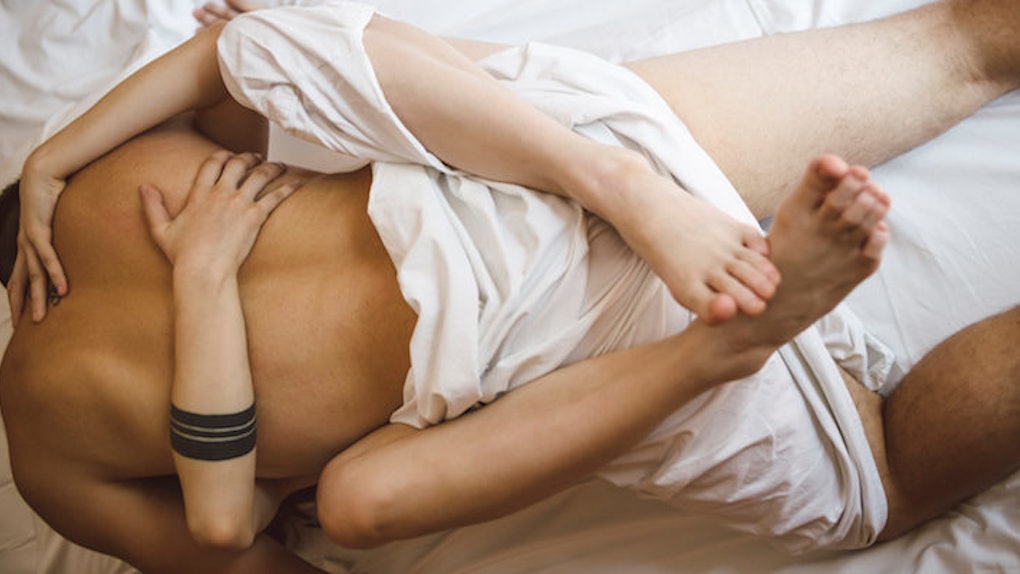 100 Women Reveal What Actually Makes A Guy Good In Bed

It's a fact of life that when a woman gets into bed with a man, she is prepared for at least one of these three things to happen: 1. She will feel self-conscious in some way; 2. the experience will be short and kind of sh*tty; and 3. she will not finish. (She will not even come close).

When I first explained this depressing reality to a guy a few weeks ago, he was baffled. Completely baffled. Sex had been amazing for him since his senior prom! How is it possible, he wondered, that it's rare for a woman to experience sex that's even mediocre?

In addition to appearing shocked, he also seemed to feel sort of bad. Like he, as both an individual and as a collective representation of all dudes, had failed. So after realizing how genuinely confused this well-intentioned guy was, I decided to ask women what guys can do to actually make sex better for us.

I surveyed 100 women, ages 19 to 50, about what makes a guy good in bed. I provided the women with a list of 15 actions that guys can do and told them to rank each action as either "not important," "somewhat important" or "very important" in determining if he's good in bed or not. Then, at the end of the survey, I asked if they had anything else to add to the list that I may have missed.

And BOY, did the ladies come through. So guys, hopefully these results will help you all kill it in the sack.

It can also include kissing/caressing other non-sexual parts of our body, such as our neck, finger and forehead, as 90 percent of women said it's somewhat or very important that you do this.

Did I tell you to stop skipping this step yet? Yes? Well, I'm going to repeat it anyway. STOP SKIPPING THIS STEP.

Go down on us.

A lesbian friend of mine once told me that she couldn't believe how infrequently men go down on women. And she's right. You guys just don't do it. Which is unfortunate, because we actually want you to: 82 percent of women said it's somewhat or very important that you go down on us.

If you're unsure if she wants it, just see what happens when you head down south. If she stops you, then you'll have your answer. But according to these results, she'll probably want it.

Be in good physical shape.

When I say "good physical shape," by the way, I don't mean you need to have a six-pack. I just mean you don't have to get up for a water break every five minutes. In fact, a distinctly thin guy with great arms whom I used to date couldn't have sex for longer than five minutes without doing just that. And let me tell you: It was not sexy.

The good news here is that you don't have to worry about finishing too quickly. Only 33 percent of women said it's very important that you're able to withhold your orgasm for a long time. So if you finish in two minutes but still have enough energy to continue hooking up, you're good.

Take control and spice things up.

In addition to varying up the positions, we want you to vary up the tempo/rhythm, too. In the open-ended responses, several women said they don't want to be jackhammered the whole time (because duh, and also ow). One woman suggested you throw in "some shallow thrusts."

In your quest to take control, feel free to be a little rough with us. 75 percent of women this is somewhat to very important, so things like hair-pulling, mild slapping and the like is OK.

Note that I said lightly, guys. Don't bruise us, please.

Be careful with dirty talk. Over half of women (53 percent) said it's not important that you tell us you want to f*ck our wet pussy, or whatever. So maybe err on the side of caution and don't say things like that.

However, if you DO want to dirty talk, 74 percent of women think it's somewhat important or very important that you say PG-level things like "you're so hot." Try that instead.

73 percent of women said it's very important that you make us orgasm. This is a given, but it's worth repeating.

But know when to stop trying if an orgasm is just not going to happen.

Vaginas are fickle. They're not as easy to work with as dicks are. Which means even if you do every single thing on this list and you do it right, an orgasm may not happen anyway.

This is crucial for you guys to realize, as 89 percent of women said it's somewhat or very important that you know when to stop trying to make us orgasm if it's just not going to happen. Because sometimes -- while we really do appreciate the effort! -- if you're trying too hard down there, it starts to feel too sensitive and hurt. And then you will go from "good in bed" to "get me the f*ck out of this bed as soon as possible."

A few women in their open-ended responses said that the "post-sex interaction" is vital. We want you to cuddle with us after. Cliché, yes, but true.

One woman stressed the importance of also knowing when to leave us alone when the cuddling is over. So be in sync with that as well.

84 percent of women said it's very important that you adjust your actions according to our feedback, whether that feedback is verbal or non-verbal (via our physical responses or our body language). This is so crucial that SEVERAL of the open-ended responses at the end of the survey repeated the importance of being open to feedback.

Whenever I've tried to give feedback to guys before, they've taken it like an insult. But this needs to end. Don't be an egotistical jerk to a woman who tries to tell you what she's into. Her feedback is for YOUR benefit, too.