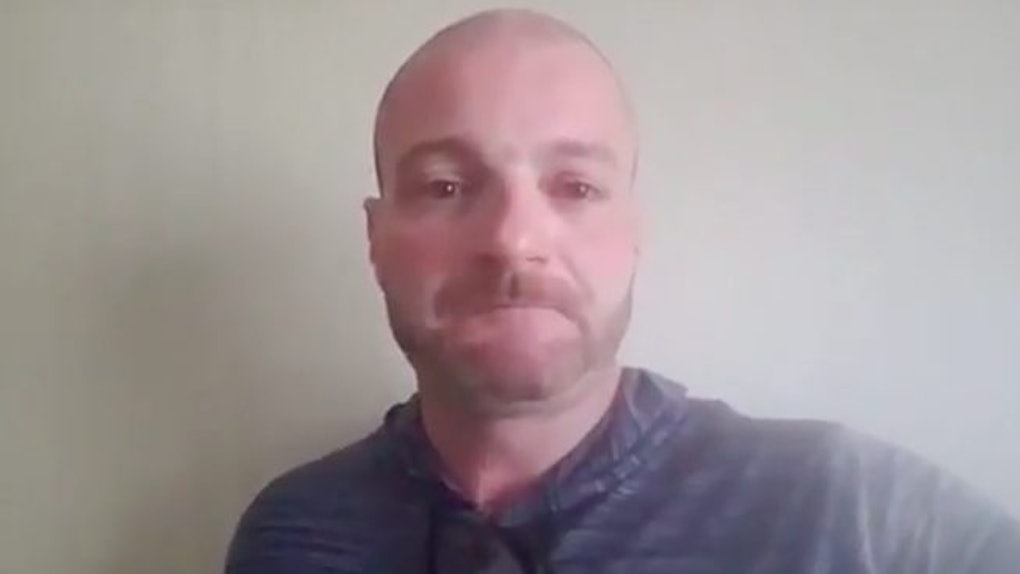 If you're a white supremacist, you do not have the luxury to freely search the internet for someone to cuddle you when you are lonely at night. That's what OkCupid officially decided today when they banned white supremacist Chris Cantwell, one of the people VICE followed around in their epic documentary on the protests in Charlottesville, from the dating website.

Devin Colleran, Brand Manager at OkCupid, told Elite Daily the company found out this morning that Cantwell was on the site — and immediately got rid of him. "A user noticed him from the VICE special and remembered he had just contacted her. She let OkCupid know, and within 10 minutes, he was put on a lifetime ban from the site," she told Elite Daily via e-mail.

In the VICE special, "Race and Terror," Cantwell is seen proudly displaying his guns, making bigoted remarks about the "animals" who were counter-protesting, and telling VICE News reporter Elle Reeve that he felt the car that drove right into the crowd — and ultimately killed Heather Heyer — was "justified." He is one of several white nationalists Reeve spoke to in the 22-minute documentary (which really is worth the watch, if you haven't yet).

OkCupid has zero tolerance for racism. We make a lot of decisions every day that are tough. This was not one of them. We've been public about kicking Cantwell off of OkCupid because of our responsibility to be clear about the human values of our community – who we're for and the kind of person to person interaction we stand for. The formula for this one was easy: “Nazi or supremacist = bad."

OkCupid is encouraging its users to report anyone who appears to be involved in hate groups so that the company can take appropriate action:

When asked for comment on his removal from OkCupid, Cantwell told Elite Daily: "These [redacted] will stop at nothing."