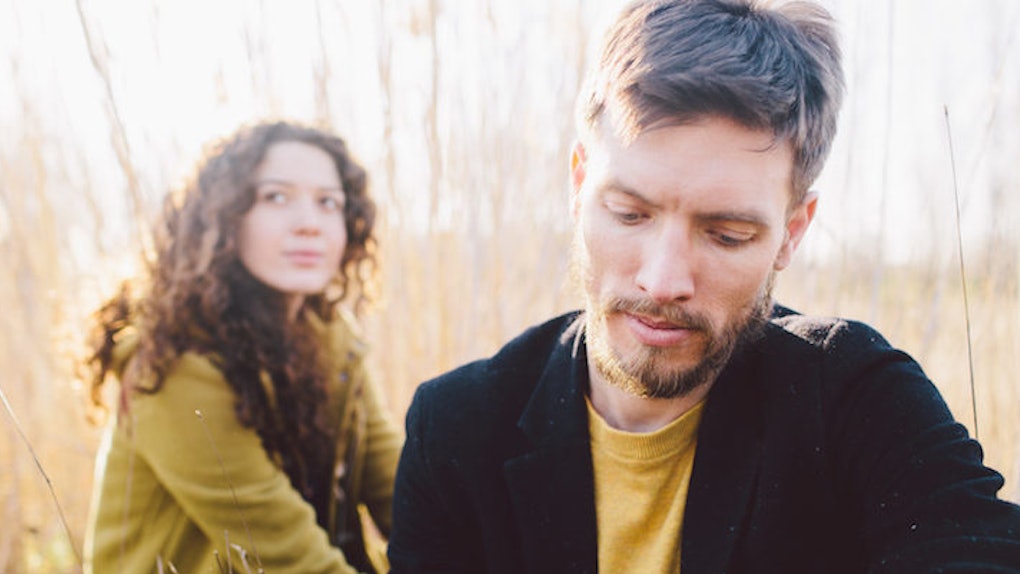 If He Cheated On His Ex, That Doesn't Mean He'll Cheat On You

I have a confession to make: I'm a cheater.

A long time ago, I cheated on my ex.

To this day, he still doesn't know that I cheated on him, and I've made the executive decision to keep it that way. You guys, I just didn't love him.

We started off happy. I started off believing he was the right guy for me. But he wasn't.

One night – a night when your girl Sheena drank a little too much and didn't think enough – she slipped a guy at a bar her phone number and met up with him a few days later. They did things.

She felt gross and slimy afterward – both literally and figuratively – and promised herself she'd never step out on someone who she had made promises to ever again.

I don't condone cheating in any way. It's cowardly and the easy way out. It's a backwards method of attack, designed to avoid confrontation about something that clearly isn't working.

But do you know what I learned from my one-off instance of cheating on my ex? I'll never cheat again.

You know what I learned from my one-off instance of cheating on my ex? I'll never cheat again.

And I'm sure other former cheaters feel the same.

Take, for instance, Jordan Rodgers from "The Bachelorette." His ex-girlfriend, Brittany Farrar, just posted on Instagram an explosive claim that Rodgers cheated on her during their 3-and-a-half year relationship.  Although the reality star is denying the allegations, fans of the show believe his new leading lady, JoJo Fletcher, should proceed with caution.

I don't agree with these people.

I know there's a popular phrase that goes something like, "Once a cheater, always a cheater." There have even been studies that prove it's in people's genetics.

But I think if a man cheated on his ex, it doesn't mean he'll cheat on you.

And who came up with that phrase, anyway? Some single matchmaker lady in her mid-40s who has an entitled way of looking at relationship problems?

In reality, you shouldn't close your heart off just because you know your SO cheated once before. My co-worker and friend, Zara, made the same point when she said a new relationship is a "fresh start."

You are you, not his ex. And he is a new, older, wiser version of himself. He's no longer the guy he was when he was with his ex.

You are both different people in a different relationship, which means you are going to act in different ways than you acted before.

You are both different people in a different relationship.

I'm asking you to give him the benefit of the doubt because we're all human, and we all make mistakes. But those mistakes don't define our character.

I'll say this much: If the next guy I date refuses to give me a real shot just because of that one time Young and Naïve Sheena cheated, I'd feel incredibly hurt.

I'm not the only one who's ever openly admitted to cheating. My friend Gigi also admits to having cheated on an ex because she didn't have enough respect for him.

BUT – and here's the kicker – she also says she'd never do it again.

Do I think Jordan Rodgers will (allegedly) cheat again? Not necessarily.

Do I think JoJo should be extra cautious? No, I don't. Hell, she could even risk losing him by being extra cautious, if being "extra cautious" means snooping through his phone and keeping tabs on him 24/7.

As for you? I don't think you should be extra cautious, either.