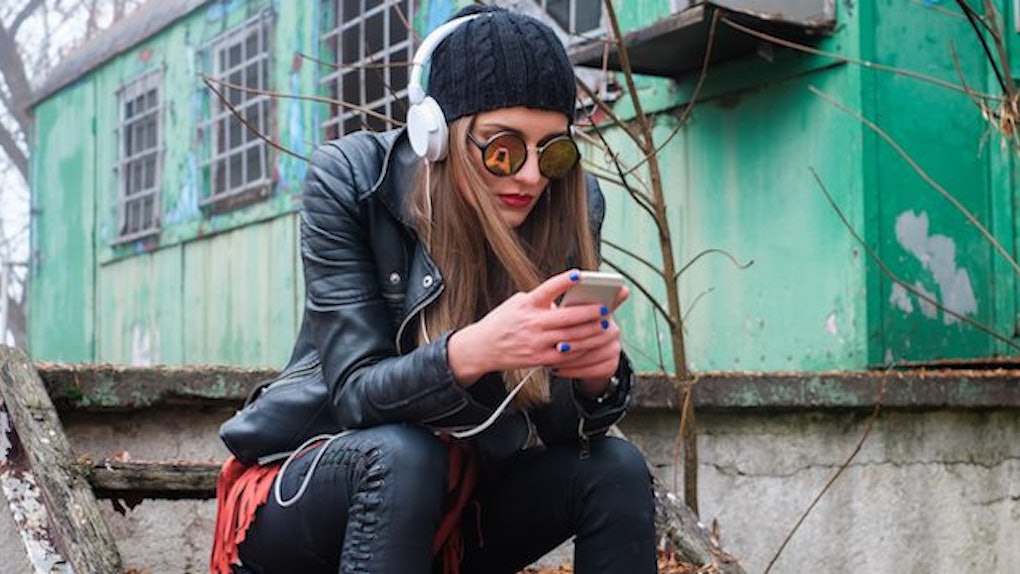 Why Alpha Females Shine When They're Single

Agh, I have a visceral reaction even to the word rules.

I also truly loathe talking on the phone and think the only reason we should ever communicate via phone is if we're making dinner plans. Otherwise, texts are fine, thank you.

I also HATE the whole concept of compromise. I'm a stubborn Taurus — I don't bend easily.

Plus, I suck at compromising, and alpha females don't enjoy doing anything unless they're the authority on it. That's why we are terrible at dating and AMAZING at being single.

"One year, you know, I would like to have Christmas with just us!" an ex said to me a couple years back.

"Oh, that's really sweet babe, but I will NEVER not have Christmas at my mother's house."

"Uh, at some point, you're going to have to compromise. It's important to me we have our own holiday, at least one year."

I peered into her fiery eyes and shot her the most deathly gaze I could muster.

"That's. Never. Going. To. Happen." I repeated slowly, as if I were talking to a small child.

"You can't always have things your way!"

"I'm. Not. Compromising." I stood up and calmly walked into the kitchen to pour myself a glass of wine and pop half a Xanax.

"You're such a fucking brat!" she screamed behind me.

I felt cold and slightly demonic inside. The truth was, I knew I was never going to budge. I knew not even being in the glittery throes of love was going to make me compromise.

I knew not even being in the glittery throes of love was going to make me compromise.

I would have Christmas at my mother's house forever, and that bitch would have to deal, or we would break up.

Unsurprisingly, we broke up.

Oh, and that breakup hurt, babe! It's always painful to grieve the end with someone you love, even when you're a stubborn, headstrong alpha female like me.

But something weird happened.

Even though I felt emotionally bloodied and vulnerable, I felt a strange power rush through me at the same time. It was a buzz — almost like being high on drugs. I felt dark but completely invincible.

And in those first few months of being single, I turned my life around.

Suddenly, my career took off in a totally new way, and I started taking care of myself.

In my past relationship, I had someone trying to tell me how to take care of myself, so I rebelled and self-destructed. But now that I was the CEO of my own life, I was taking it a helluva lot more seriously.

That's when it really hit me: Alpha females struggle with traditional relationships, but they're stellar at being single entities.

We shine like a holographic manicure when we're single because we're so good at it. It's natural for us to be the boss of our lives, and when someone else is interfering, we're a mess.

We are also completely aroused by independence. When I'm at an airport traveling with someone else, I get terrible anxiety.

I worry about what kind of emotional support they'll need from me to get through the flight, what the fuck we're going to talk about in the air for seven hours and if this person is going to be a precious traveler because you know I really don't have time for PRECIOUS travelers.

But when I'm traveling on my own, I feel amazing, and I do it so well! I never miss a flight when someone isn't rushing me. I get there my own way and that works for me.

I feel at ease, calm and excited all at once. I feel turned on by the possibility of solo adventures and by the idea of being able to do whatever the hell I want to do.

We alpha females are also so specific in our taste. We like to be surrounded by things that are pleasing to our keen eyes, and we know exactly what we like.

And when we're single, we can have things exactly the way we like them, which empowers us beyond all belief.

Most importantly, a single alpha female shines when she doesn't have to check in with anyone but herself.

Alpha females do things with full force, so when we're in relationships, we're drained mentally, emotionally and spiritually, babe. When we're single, we channel that energy back inside of ourselves.

So, alpha females, if you've found yourself suddenly single (while I respect and understand your pain), I want you to tap into your alpha prowess right now.

Alpha females don't need other people, unlike most of the population.

And when we're free to focus on ourselves without the riff-raff and the noise of the relationship, we can accomplish anything in the world.

Bask in your singleness while it lasts. Create things. Make things. Travel alone.

Even though alpha females are mind-blowingly amazing at being single, we fall hard when we fall in love. And you know everyone is totally infatuated by an alpha girl's wild independence, right?

So before the right person comes along and attempts to steal your light, burn as brightly as fucking possible.