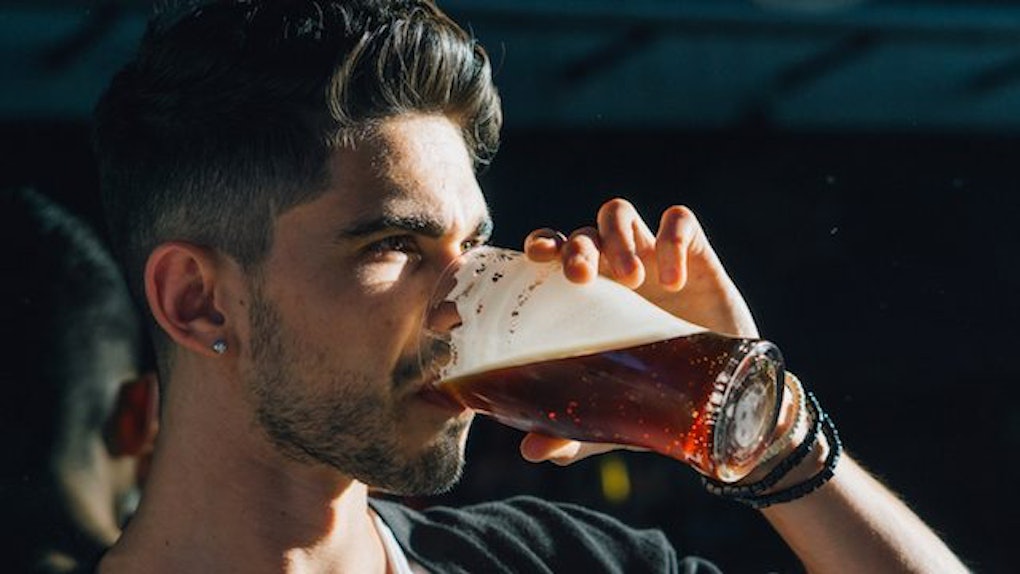 What Your Guy's Beer Choice Says About Him

No two beers are created equal.

Whether it's a crisp Belgian wheat or the hoppy power of an IPA, there's something unique that each of these beer brands bottles up that allows their name to stand out among millions of others.

And while it may seem farfetched, a guy's beer of choice can also speak volumes about his attitude, mannerisms and where he stands in life.

Each and every sip can say wonders about a man and establish his personality without the need to even have a conversation.

Below, in honor of National Beer Day, you'll find a few garden variety beers and what they mean about the man who's drinkin' 'em.

You're the manliest a man can be.

Budweiser drinkers are true all-Americans, ones who represent their country with pride and release a healthy belch after consuming the lager's final sips.

“King of Beers” Budweiser may not go down super easy, but neither do the guys who drink them. They're fully capable of handling whatever is presented in front of 'em and make most difficult tasks seem easy.

There's also a high probability that they own a pickup truck decked out in red, white and blue glory.

A man who consumes Budweiser is a man you can count on (and one with a slight beer belly).

Consumption of this Dutch beer usually happens in spite of its low-quality taste.

Men who drink Heineken regularly do it in hopes of coming off more upscale and classy (maybe because of alluring green tint of its bottle), but in reality, they would do just as well chugging the equally shitty and much cheaper Keystones in their basement.

You put on this facade of someone you're not and find a serious need to pine for attention even in the smallest crowds.

Maybe you're trying to overcompensate for something, but these male beer consumers tend to need their egos deflated a lot.

Either that, or they've peaked in life and are trying to rebound with a classy glass of Heineken.

While they would probably prefer some place warm and sandy, a man who drinks a Corona can turn any mundane celebratory event into a full-blown party with the drop of a dime.

They're eccentric, wild and don't like to play by the rules. I mean, who else willingly inserts sliced limes into their beer before shaking it like an expensive cocktail?

That's right: No one.

Drinking a Corona doesn't make you the lazy type, but instead, more of the go-with-the-flow vibing kind of man.

Oh, and hold onto your headboards. He probably fucks like an animal.

Shock Tops are a sensible choice for any guy who enjoys his nights out but also would be easily satisfied under the covers with a good book.

They're like those coy, glasses-wearing office employees who unknot their ties after an arduous day in the office, only to reveal their undeniably outgoing and sexy side.

This isn't your run-of-the-mill beer choice, but it also doesn't qualify you as an ale savant, either. These guys aren't the most adventurous of types, but enjoy spicing things up on occasion.

For example, don't expect them to jump out of a moving vehicle anytime soon, but they do still crave that taste of danger.

Their balance in life is on point.

A guy who consumes Guinness is either Irish or really, really wants to emulate the drinking prowess of the Irish.

A man who regularly consumes dark stouts exhumes confidence and is in the know. He is levelheaded and makes reasonable, informed choices in his life.

Either that, or he just likes to blackout a lot.

Saint Patrick's Day may come once a year, but Guinesses are forever.

I mean, this Belgian delight is traditionally served in a bougie chalice so... that should speak volumes of the person consuming it.

Men who drink Stella Artois can display a classier side to them without coming off as pompous or arrogant. Consuming this lager will move you out of that basic beer-drinking sphere and have you seen as approachable, but with a more sophisticated feel.

The beer shouldn't fool people though; you still don't mind getting turnt on a sun-bathed Wednesday afternoon.

You just know how to do it in style.

Someone who is an avid PBR drinker outside of a frat house basement needs to reevaluate his life choices.

He's unable to move past that super chill, laid back lifestyle and still thinks 12 watery beers for eight dollars is the best thing to ever grace this Earth.

There's nothing wrong with being a cool hipster and all, but PBR drinkers may not be ready to make big decisions.

They're settled on where they are, and that comfortability may come off as a turn-off, if you'd like them to, you know, be an adult every once in a while.

But hey, I'm not one to judge.

If you need me, I'll be in the corner drinking a tall glass of Bud Light Lime.