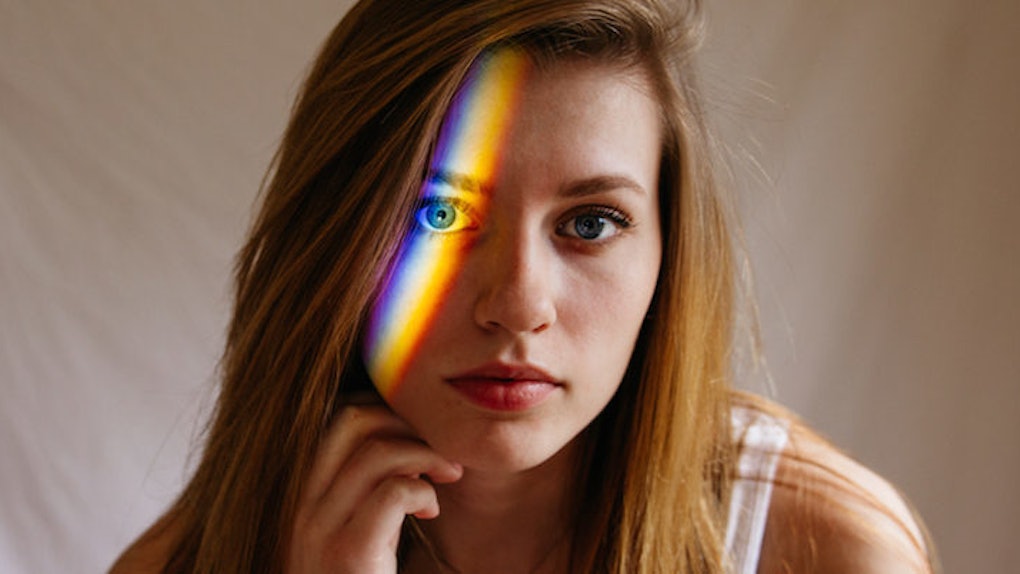 As such, it’s important to recognize that though we all collectively struggle with women-specific problems, for women of color and women who identify as LGBTQ+, the struggles are often two-fold.

As a bisexual woman, there are certain overarching assumptions, stereotypes and stigmas I deal with that perhaps a heterosexual woman or even a lesbian does not similarly grapple with.

At 12 years old, I realized I liked girls. It started with this chick in a drama summer camp. For all intents and purposes, I’ll call her Blair*.

Blair’s green eyes, lustrous auburn hair and intensity enchanted me. She was a self-declared bisexual, and marched around with a gaggle of girls who also fixated on her as I did.

I could only assume that I too was bisexual, and made the declaration in hopes of garnering Blair’s attention. It worked; we became drama camp girlfriends.

At first I thought maybe I was a lesbian instead of bisexual. It freaked me out, but, I had seen a lot of movies on Sundance and IFC (my parents are liberal academics) that normalized homosexuality for me, so I accepted it.

But I still had unrelenting crushes on boys.

To put it bluntly, I was confused as f*ck.

There are many assumptions about bisexuality — especially bisexual women. Bisexual women are often seen as being bi just to please men, are sexually promiscuous or just can’t figure out their “true landing zone,” — i.e. the “pick a side mentality.”

To keep such an important facet of my identity under wraps really hurt.

Surprisingly, the pressure to "pick a side" comes more often from the LGBT community than the straight community.

Rather than face the stigmas that come with bisexuality, I decided to identify as sexually fluid. “No—I’m a person, not a box,” I’d defiantly declare when asked about my preference.

This really became the norm when I moved to Los Angeles for an acting/modeling contract. Often I’d just pretend I was straight. Even my girlfriend at the time urged me to keep my sexuality on the DL, and my relationship with her 100 percent out of the picture.

It was also confusing, but, like many other actors, I went with it.

When I did come out to my managers they told me that in the “right environment” I could say I was bi-curious. Otherwise, I should just say I was straight.

This may be especially true for bisexuals, as, it’s easier to relegate an actor to either the “gay side” or the “straight side.”

Unfortunately bi-erasure is a very real phenomenon, and not just in the entertainment industry.

What’s peculiar is that for many of these openly bisexual celebrities, it’s not a result of their secrecy but the industry’s desire to keep them on one side or the other. There really are not a lot of bisexual characters with fully fleshed out identities.

In part, this is because people just don’t get the tribulations bisexuals face; it’s more than picking whom to date.

Bisexuals deal with stigma at every level; they’re assumed to have more STIs, more relationship flippancy and are seen as not being serious about their identities.

As time went on, I grew more comfortable with my bisexual identity. I no longer identify as sexually fluid, and not because the idea of sexual fluidity is no longer applicable, but because it's important to embrace a sexuality that so often is forgotten about.

Perhaps then, others like me would be more comfortable to say: I am bisexual. I am a woman. Hear me roar.