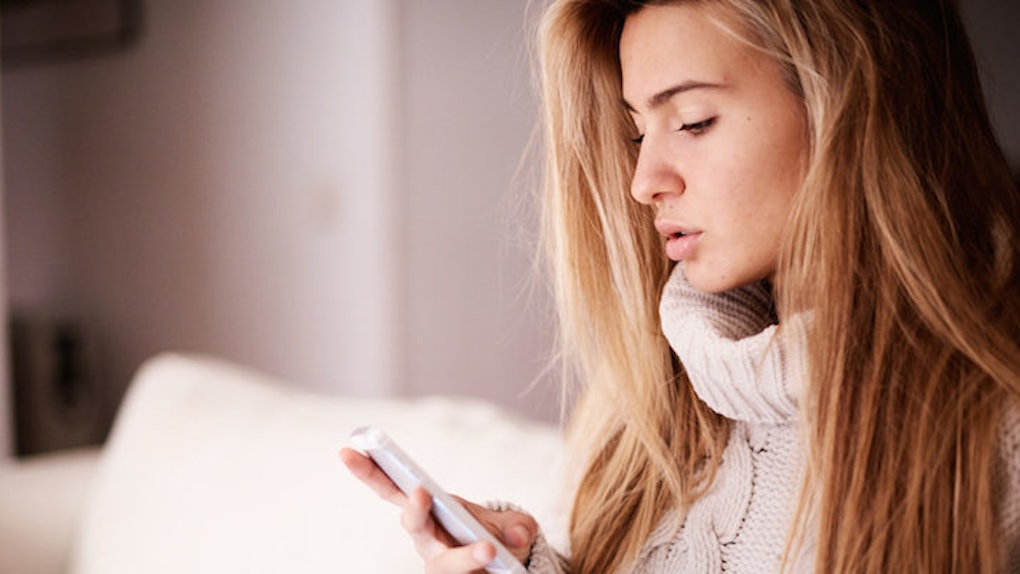 6 Ways To Wear A Turtleneck Without Looking Like Your Grandmother

Like feminism, escargot and micro-penises, turtlenecks have a bad reputation they just can't seem to shake.

Contrary to popular belief, not all turtlenecks make you look like a hunched-over grandmother. The trendy sweater with a collar can actually make your neck look gazelle-like.

Among the trends coming back this season -- fringe, platforms, prints -- there's an apparent homage to the 1970s being made. The best thing to come out of this flashback trend is the rising popularity of the sweater, which has long been shoved aside in favor of trendier, more cropped tops.

It's time to take the turtleneck seriously.

Everything deserves a second chance, so dig that turtleneck out from underneath your bed frame. It's your new favorite n0n-basic basic.

A sexed-up black ensemble for your best friend's birthday party.

We all have that friend who goes temporarily insane directly before her birthday week, insisting on being called the "birthday queen," while planning lavish parties in celebration of her arrival to Earth.

Even though you'd rather stay in with a Netflix marathon than brave the club scene, you'll go to support her. Avoid unwanted attention from lecherous single men by intimidating them with style. Sheer, black and high-neck are your new best friends.

A thin turtleneck when the weather can't make up its mind.

The thought of rolling out of bed to pick out an outfit already gives you a morning headache, so it's even more annoying when the weather doesn't play fair. On days when the sun can't make up its mind, it's best to gear up for multiple temperatures.

Mix and match by throwing on a knit turtleneck with a pair of short shorts. Skip fussiness by baring a bit of leg, while still avoiding goosebumps.

A mod, minimalist sweater dress for a first date look that's not trying too hard.

Men and women alike love a pared down look that seems like it was thrown on without a second thought. Let's call it the "Parisian complex."

Turn on your first date with a mini dress and thigh-high boots circa Edie Sedgwick in her prime. The first date should never be too much work. Just go with it.

A power turtleneck for the first time you dine with your partner's parents.

Parents only notice two things about their kid's date: Whether she's showing too much cleavage and if she has table manners. Avoid one of the faux pas by wearing a turtleneck paired with a modest pencil skirt.

The look creates a powerful impression but doesn't seem as if you've stressed over the meeting. When it comes to parents, it's important not to show fear.

Jackie O. who? A preppy look to keep you together while flying.

Airports have become the domain of pajama pants and Ugg boots, but that doesn't have to be the case. Elevate the art of traveling by paying tribute to the polished stars of pop culture's yesteryear.

You'll look sophisticated while avoiding the inevitable leg freeze that comes with sitting on a frigid airplane.

A lazy Sunday sweater that invites staying in.

There's nothing we love more than the idea of never leaving our apartments on Sundays. Instead of dressing up to go out, plan a lazy brunch at home.

Pull on an oversize turtleneck with zipper details to complement boyfriend jeans or black leggings (we're not judging). After eating a full meal, you'll be grateful for the extra stretchy waistband.