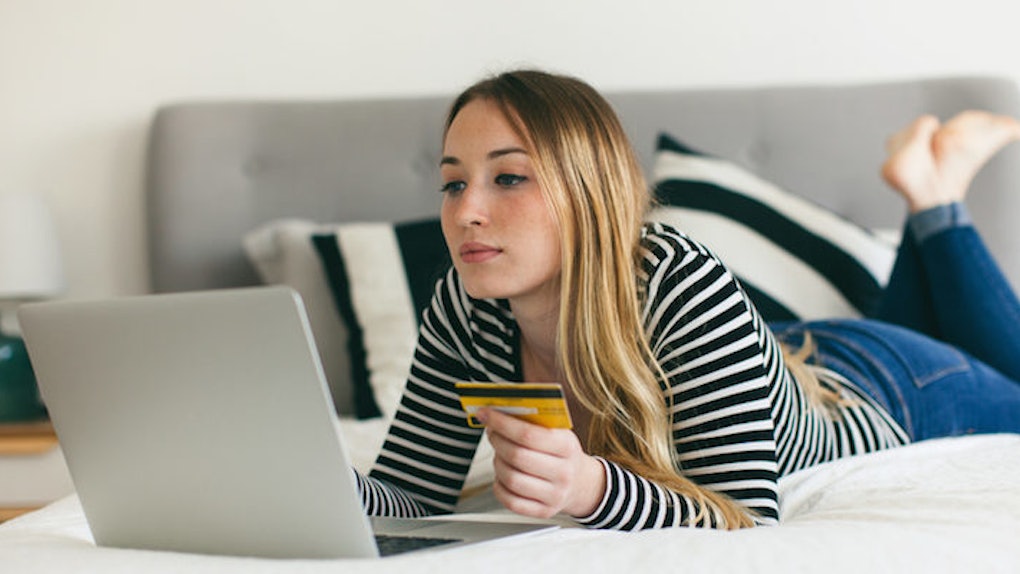 I know exactly how much bacon I bring home every month. And when I say bacon, I mean money.

But, I frequently look at my checking account and ask myself, where does it all go? It seems like a third of my paycheck vanishes into thin air, and that's after taxes.

Like most people, I'm constantly in a state of wishing I had more money. Unfortunately, no matter how many times I make a wish at 11:11 or toss pennies into a fountain, wishing accomplishes nothing.

Still, I've learned a few tricks along the path to financial literacy. There are easy ways to save money without checking every jacket for dollar bills left behind.

Although, we've all gone couch diving for change to tip the delivery guy, right? Just me? OK.

Here are some ways to effortlessly save more of your paycheck this month, without even putting on a bra.

Until I looked, I didn't realize how much money was slipping through my fingers. It was all because of memberships.

I bought Kylie's app out of curiosity and forgot to cancel, so it had to go. The Kardashians definitely don't need my money. I also had to nix the fitness app, because I've only used it about three times.

Then, I chose between Apple Music and Spotify (I picked the latter). I also quit the more expensive gym, since the equipment sucked anyway. I kept Hulu, because how else would I watch "The Bachelor"? Cutting these subscriptions put $73 a month back in my pocket.

What's alarming is that I didn't see this money go because I wasn't keeping tabs. I billed the apps through PayPal, which is convenient because the payments are automatic. And that's why I forgot about them.

Fees suck. We encounter a lot of them, ranging from credit card to ATM-related.

Take a closer look at your monthly statements and account history. How much money have you lost using ATMs that aren't run by your bank? Or on annual credit card and account maintenance fees?

You can actually get them all waived by picking up the phone and negotiating out of them, like someone who has her sh*t together. It's OK, the customer service rep won't know you ate dry cereal for dinner last night.

When I recently took a look at my bank account, I noticed charges for maintenance fees that added up to $50 total for the three years I've been with my bank. That amount completely wiped out what I'd saved on my (criminally low) interest rate.

My bank requires a certain amount of money in my savings and checking account at all times. They had the nerve to charge me, even though I've never fallen below the minimum. I wasn't going to let that slide. I called them up, asked nicely and had the fees waived.

Done deal. No more paying my bank to let me keep my money in it.

Then I called up my credit card company and did the same, saving myself $12 a month -- a whopping $145 a year in unnecessary fees.

I know this because I've been tracking my spending on a money app, and that doesn't even include cabs I paid for with cash. I'm really embarrassed, especially because I also pay for a monthly public transit card.

Even though I knew my cab habit was bad, I didn't know how pricey it actually was until a deep dive into my banking history made it abundantly clear. This motivated me to seriously cut back on other people driving me around.

When I had a job that required me to run around the city, my cab budget was a colossal $200 a month. Since leaving that job, I lowered it to $150. Now, I'm taking it down to $115, which is about the same as a MetroCard. It's still a lot, but you have to start somewhere!

Now, I'm saving myself at least $35 a month by not taking cabs. You probably have a few cab problems of your own, if you take a look.

By hacking my bills, fees and my biggest luxury expense, I saved myself $120 a month. And, most importantly, I did it all from the comfort of my bed with my laptop on my belly.