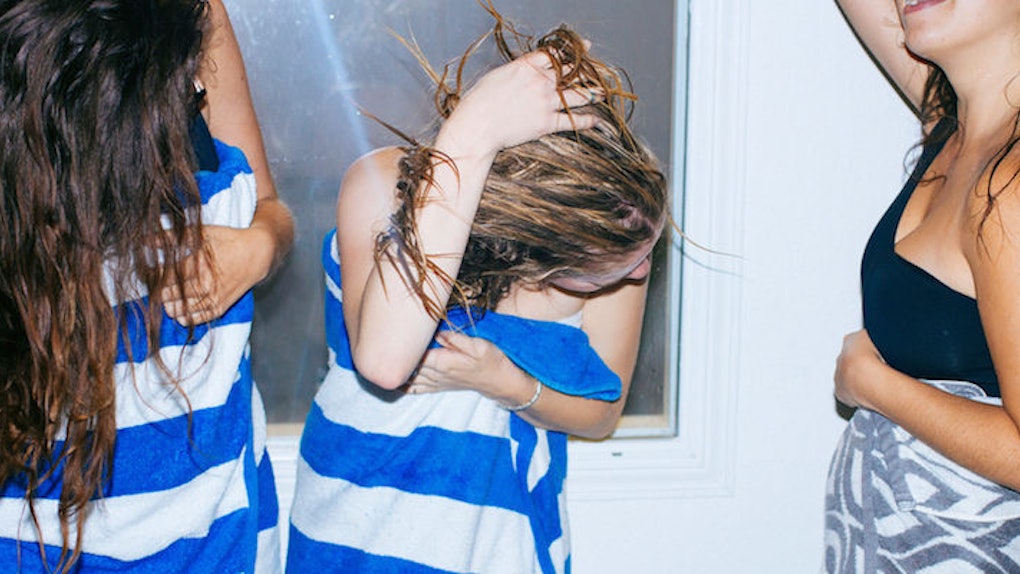 I have the most finicky hair on the planet.

It's ultra-dry and damaged from rounds of double-processing and bleach.

It's like a mean child, cruel and unwilling to listen to reason.

After months of trying to figure out what works for my hair and what doesn't, I finally found a product routine that actually leaves my locks soft and manageable.

It almost makes me feel like I wasn't a peroxide blonde for the better part of five years.

Now that I finally know what works, I've been more open to experimenting with different shampoos.

From mud 'poos to the “no poo” movement, these are the shampoos I've always wanted to try but never had the balls to. Before now, of course.

For when your hair is as thirsty as you are on a Thursday.

I'm not exaggerating when I say this is probably my favorite discovery of 2015.

The "no poo movement," where women opt to ditch shampoo entirely, has been huge in the past several years.

I've been super wary. How can something that claims to not lather actually clean my hair?

While it didn't froth, it still felt really thick and wonderful on my hair.

After massaging it into my scalp and letting the water from my shower run the rest of the product through my ends, my normally fine hair felt heavy and sleek, the same way that it usually feels after a round of conditioner.

Wait, did a 'poo-free product really do that?

While I couldn't see much of a difference, I certainly felt it. Not only did my locks dry relatively frizz-free, but my hair also felt stronger. That sensation lasted, even after heat styling.

Better yet? I was able to wait a day between washes.

When you've been cleansing for a week and just want to smell alcohol.

I've rinsed my hair with beer before, so I wasn't too put off by the idea of using a beer-made 'poo.

There's one thing with dumping beer in your hair, however. You will inevitably smell like a drunk girl threw up on your head in a shady dive bar.

Thankfully, this 'poo only had a hint of a brew smell. For the most part, it was floral and clean-scented.

The formula I picked out was supposed to be moisturizing, but I didn't notice much difference on that end. It was also kind of runny, which I didn't enjoy.

The big plus for me, though, is the unisex formula.

It's perfect for sharing with my boo. You know, if I had one.

When you're feeling extra fly.

I really wanted to like Alterna's latest addition to the Caviar line. It's made with abyssinian oil, a natural seed oil with an ultra light, non-greasy skin feel.

It sounds fancy as f*ck and looks chicer than anything else I have in my shower. This 'poo went on super thick and heavy, like the richest oil I've ever experienced.

Everything about it was so counterintuitive. Should I have really poured a vat of oil onto my hair?

It took a long time for the Alterna formula to magically transform from oil to creme, but I felt way more comfortable working with that texture.

Maybe it was the conditioner I used or maybe I didn't use it right, but this 'poo just wasn't hydrating enough for my ultra-dry locks.

When you want to be in and out of the shower in 5 minutes flat.

I was so weirded out by this seemingly minimalistic shampoo.

It had a cream texture similar to the DevaCurl No-Poo and felt absolutely lovely on my hair.

What weirded me out, though, is I was told not to use a conditioner following this shampoo. I was convinced there's no way it could be moisturizing enough on its own.

Except it was. The shampoo promised a lived-in, second day texture after use, which it definitely gave.

My hair was still a tad frizzy after washing, but I really loved how this bottle cut my shower time down.

Can we all take a moment to fangirl over the packaging?

Putting mud in your hair is about as natural as face-planting in an eight-layer dip. Nothing feels normal about it.

This ancient clay mineral shampoo comes in a powder form, meant to be mixed with water prior to pouring it over your hair.

I was not a huge fan of the smell -- a tad earthy for my taste -- but my coworker loved the woodsy aroma.

This wasn't particularly moisturizing on my locks, which is something I desperately need for any product in my hair arsenal.

It was surprisingly detangling, however, which is a huge plus for unruly hair.