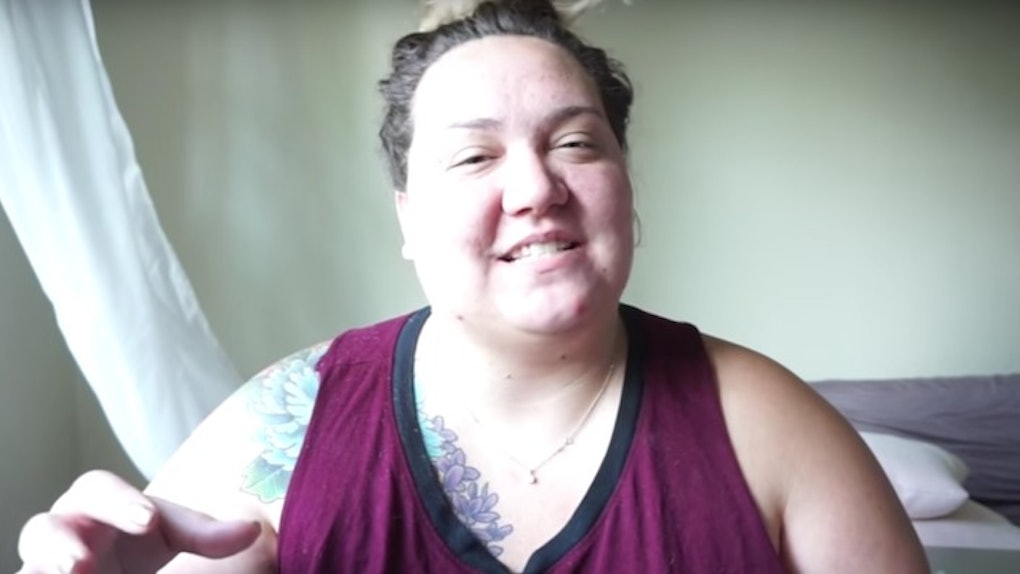 Vlogger Criticized Other 'Body Positive' Influencers And It Totally Backfired

Influencers like Ashley Graham and Ariel Winter are taking the body positive movement mainstream, but it still has a long way to go.

Body positive activist and YouTuber Corissa Enneking, aka Fat Girl Flow, dropped a major truth bomb about dieting, which she directed at influencers and bloggers who claim to be body positive but really aren't.

According to her definition of "body positivity," at least, they're missing the mark.

There's a big difference between liking plus-size clothing and being fat and actually being body positive [...] Being body positive does not mean having the attitude of 'you do you and I'll do me.' [It's] thinking critically about how we relate to our bodies within our society and how to make that a more positive experience for ourselves and others.

But that's not the part that made viewers upset.

In her five-minute video, she provides examples of things people think are body positive but, in her opinion, are not. Her examples include only talking about women's bodies in terms of body positivity and making judgements about sexualities.

Do not look me in the eye and tell me you are on Weight Watchers and then, in the next breath, tell me you're body positive.

Yeah, you can probably see how people were upset by that.

Some of her viewers just didn't get it at all.

Some fired back with some sound explanations about why people diet in the first place, like this comment:

Well some people can go on a diet just for health or energy reasons. Some diets, like a vegan one, can give you more energy, etc. And a vegan/vegetarian diet usually doesn't have to do with weight, it usually has to do with beliefs or other reasons on that level.

And some questioned the root of her speech.

Who are you to say what's body positive and what isn't? You don't know what's going through people's minds. Why are you pointing fingers at people?

She acknowledged her fans' confusion and anger on Twitter.

She's not hiding the fact that she looks down on people who use Weight Watchers.

After all of this backlash, Enneking made a follow-up video to discuss this topic further.

I guess she took the reactions as a cue to slow down and take the time to explain everything, specifically what diet culture actually is.

In the video, which also focuses on eating disorders, she clarifies that she was just speaking to people who promote body positivity: the influencers. She explains how dieting is an example of an interaction with your body (within society) that can be hurtful to others.

Enneking clarifies that talking about your diet and your efforts to lose weight can make others feel bad about their own bodies.

Her follow-up video also reveals she's coming from a very personal place because she herself dealt with an eating disorder.

Luckily, Enneking knows it's not going to take just one ranty video (that's gaining attention for all the wrong reasons) to spark a shift away from diet culture so people can correctly understand body positivity.

Well, according to her explanation, that is.

Citations: People are furious about this YouTuber's No. 1 rule for being body positive (Revelist)