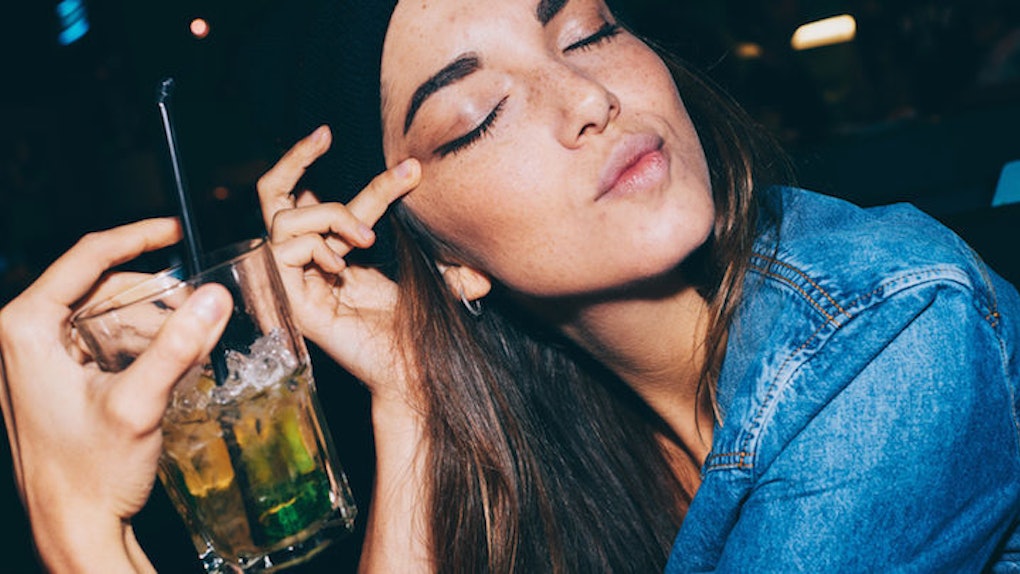 #PeaceOut: The 7 Types Of Irish Exits Every Drunk Girl Has Made

Everyone has that one (or more) notorious friend who just disappears from the bar, never to be heard from, until it's time to do the exact same thing the following night.

This mysterious act is referred to as an Irish Exit. I couldn't tell you why it's called this, but it is what it is. This move has been embraced by females all over the world for years.

Basically, you don't give anyone any notice as to where you are dipping off to and you wouldn't have it any other way. I mean, sometimes all a girl wants is a nice pizza pie to take home, and we don't want anyone judging us.

Let's look to Urban Dictionary for some extra clarification:

The person who pursues the Irish Exit doesn't think anyone notices her leaving, but in reality, everyone is more than well aware of what is going on.

There are different types of Irish Exits, and today, we're going to break them down for you.

1. The girl who leaves to meet up with a guy

This is may be the most prevalent Irish Exit. This girl doesn't want her friends to know she's taking a page from Samantha Jones' book and getting it in.

She doesn't want to explain to her friends who this mysterious guy is, and honestly, her friends are the last thing on her mind at the moment. She has one goal and one goal only, and by the end of the night that goal will be fulfilled.

2. The girl who leaves to get food

Ah, the story of my motherf*cking life. In a struggle between penis or pizza, pizza will always come out on top. The only thing on this girl's mind is Seamless.

She doesn't care that she is dressed to the nines and a hot guy is eyeing her up across the bar; all she wants is a feast delivered to her doorstep. Bonus points if you order the food while in the taxi on your journey home.

Please tell me I'm not the only one who gets a rush out of who will get to the apartment first: me or the delivery man.

3. The blacked-out girl who doesn't even know she left

Well, maybe this is the story of my life. This girl doesn't even know she pulled an Irish Exit until the next day when she wakes up to 10 texts in variations of "Whre hte fck did u go???!??!?" Unlike the girl in #2, this girl probably drunk ordered food and slept through the delivery. Well played, my friend, well played.

4. The girl who left to do drugs

Everyone has that one friend who, as soon as drugs are mentioned, is out the door before you can even blink an eye.

This girl goes out with one intention and one intention only: to get f*cked up out of her damn mind.This is the worst type of Irish Exit because you have no idea what kind of unsafe situation your friend is getting herself into.

5. The girl you thought left but never did

You haven't seen your girlfriend for a solid hour, so you and the rest of the group just assume she left. As you ingest your sixth vodka soda, you realize you really need to pee.

Obviously you grab the friend closest to you and head to the bathroom. You see someone vaguely familiar sucking face with a guy in a corner. In that moment you both realize this is your friend who you thought left! Sneaky, sneaky...

6. The girl who fake left but is really just outside crying on the phone

Hahaha! Sorry, this does happen to the best of us at one time or another. Either our boyfriend is being a huge d-bag or one of our other friends is bitching at us about something obscure and unnecessary.

You think your friend ducked out of the club to just go home because she was oh so wasted, but in actuality, she's been crying into her cell for the past hour and a half.

7. The girl who leaves to meet up with her ex

No wonder this girl didn't want to tell her friends where she was heading! They would've actively tried to stop her. This is never a good or smart idea when you are extremely intoxicated. Actually, this is probably a terrible idea, regardless of what state you are in.

Top Photo Courtesy: We Heart It