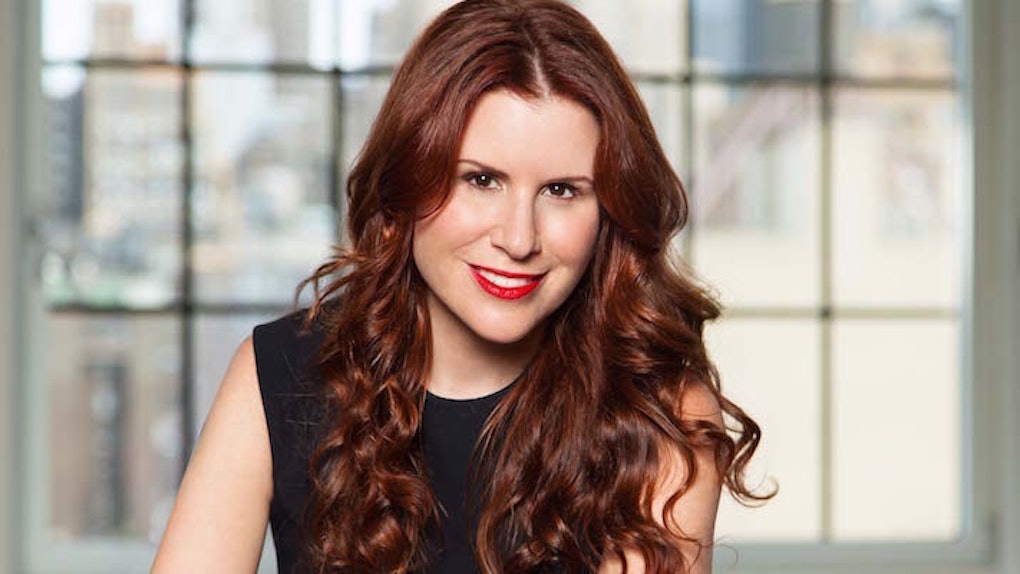 Think Like A PR Girl: DKNY's Aliza Licht On Building Your Own Brand

In 2009, fashion powerhouse Donna Karan created a twitter account called DKNY PR Girl, about a 20-something it-girl living and working behind the scenes at one of the most highly-regarded fashion houses in New York City. This anonymous, style-savvy PR girl gave us insights into the inner-workings of a label, behind-the-scenes gossip at fashion week and just general cool-girl activities like hot yoga and Soho shopping sprees.

The elusive and downright-addicting account amassed a following of over half a million, and the woman behind that voice and brand was finally revealed as not some Millennial PR novice, but none other than Aliza Licht, 41-year-old Senior Vice President of Global Communications at Donna Karan; a woman with two kids, a husband and over two decades of solid fashion and PR experience that made her an expert in her field.

Licht was one of the first people to create a gossip-girl style approach to fashion on social media, an idea she attributes to her no-fear attitude when pitching ideas during staff meetings.

"The worst thing you can do is say 'This might be a dumb idea but…’. That kind of language is what women need to stop doing,” Licht said in an exclusive interview with Elite Daily. "You need to just say, 'Here’s an idea.' You might get turned down, but that’s fine. You need to not care that your idea might not be chosen."

Lucky for Licht, her idea was embraced with open arms and became a hit success, paving the way for her equally successfully new career-advice book, "Leave Your Mark."

In her writing debut, Licht strives to teach women how to take a PR girl approach to even the most unglamorous of jobs. No matter if you’re a teacher, lawyer, nurse or nanny, she believes reaching the next step in your career starts with building a personal brand:

Every single person you interact with is judging your personal brand. What are they thinking when they meet you? What do you want them to think? It’s not about millions of followers, it’s not about being famous. Really focus consciously on building your network. That means not just being a taker from people but also returning the favor by paying it forward.

Unfortunately, Licht’s foray into the fashion world has not always included superiors who were willing to pay it forward. Before joining the team at Donna Karan in 1998, she previously worked at a high fashion magazine — she keeps its name anonymous in her book — where she had a "Devil Wears Prada" style boss who, despite working long hours, nights and weekends at the company, shot her down for a promotion and pay raise.

While it didn’t work out for her at the time, Licht says if you know you are consistently putting in more effort than what’s required in your job title, you are completely entitled to ask for a promotion:

Women need to negotiate; not to jeopardize something but to explain your worth. I went to bat for a promotion early on and totally failed. Hindsight is 20/20 but at the same time I don’t regret asking for it. If you don’t ask you won’t get anything.

When it comes to equal pay, Licht also believes you shouldn’t just ask for equal compensation if you aren’t putting in as much work as your male counterpart, you need to earn it:

You should focus on your value and the skills that you have and fight for your salary because of that reason rather than saying, 'Well he makes more than me so I should have his salary too.' You can say that, but it won’t be as effective. Really showing your worth goes a lot further.

Similarly, Licht feels it’s important to put in the effort when interviewing for a job. Her ultimate pet-peeve interview question? “Is there room for growth?” I know, I was shocked, too.

A better question would be, 'What’s the culture like here, why do you like it here?' that to me is more telling. No one is going to tell you there’s room for growth when they don’t even know who you are.

If you’re lucky enough to land a dream job on Licht’s team at DKNY, however, she’ll make sure she nurtures, mentors and defends you until you’ve reached the highest point in your professional career. In fact, all of Licht’s past assistants have ended up holding positions as vice presidents.

Licht says being a boss is about understanding your employees are here to help you succeed in your career, not take it from you:

I’m not threatened by my team, I want them to be as strong as they can be and I empower them. That to me is what I didn’t have previously.

Licht’s go-to advice for surviving in a high-pressure office environment: Stay away from politics.

You can be a listener instead of a contributor. You have to have allies and be part of the team, but you don’t need to be contributing to the gossip circle.

Licht says she hopes this book can be a cheat sheet for Millennial women starting out in their careers. One of the most relevant sections in her book has to be on social media etiquette. The biggest takeaway she feels women should remember: If you’re prone to taking drunken Saturday-night selfies, don’t friend request your boss.

"There really isn’t a difference between personal and professional unless you make that difference and keep those things private,” she explains. “Don’t let your actions be used against you."