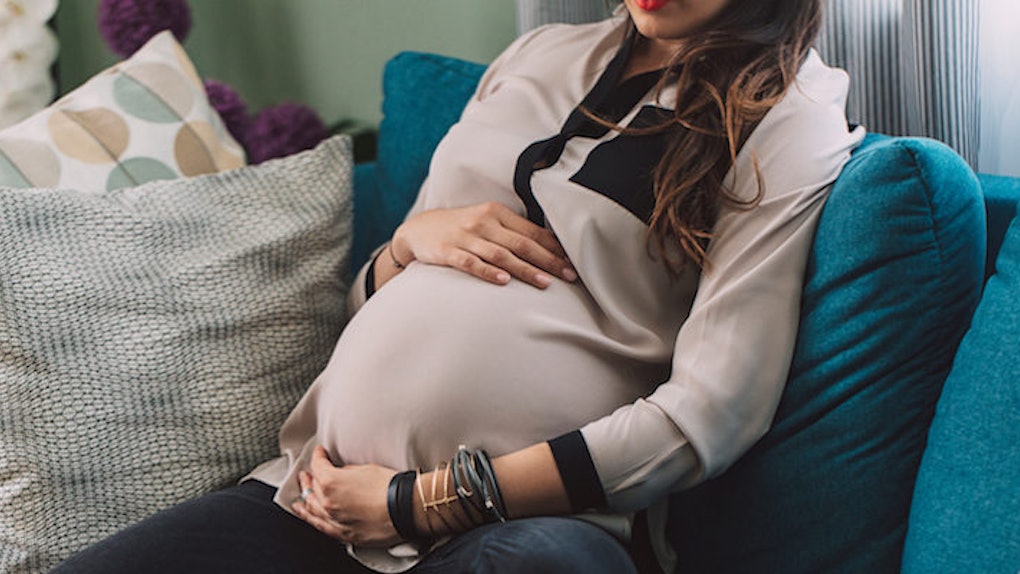 Pregnancy Can Shrink Women's Brains — But It's For A Good Reason

When you have a tiny, little human being growing inside of you, the entire course of your life will change.

And, according to a new study, it turns out pregnancy also physically changes your brain's size and structure for the first two years post-child birth.

I mean, I already knew women were wildly tapped into our maternal instincts, making us the superior sex. But now, SCIENCE just might be proving it, baby.

The results showed that pregnant women lose some gray matter in several parts of their brain — particularly the areas involved in social cognition and empathy.

And, the deeper the brain change (since every woman is different!), the more emotionally attached the mothers is to their baby.

According to The New York Times,

Only the pregnant women showed gray matter reduction, thinning and changes in the surface area of the cortex in areas related to social cognition. Changes were so clear that imaging results alone could indicate which women had been pregnant.

That's interesting. But ummm, what the hell does it all mean?

Well, there are three possible explanations:

Because of the "hormone surges" during pregnancy, some cells may adapt to changes in the environment to help other parts of the brain — the nurturing ones associated with motherhood — work more efficiently, says Paul Thompson, a neuroscientist at the University of Southern California who was not involved in the study.

It could also be directly related to new mother's fatigue (you don't sleep for, like, at least two years when you have a child), heightened stress levels (being a new mom is stressful AF) and a change in diet (who has time for five-course meals when you're a MAMA?).

The third possibility? Thompson says that losing gray matter is "part of the brain's program for dealing with the future."

Dr. Elseline Hoekzema, who led the study, explains that the results of the study support that pregnancy  — and the loss of gray matter that it causes — could possibly help a woman's brain become more tapped into her maternal instincts.

Yet, she doesn't want anyone to think losing gray matter during pregnancy is an awful thing. She says,

We certainly don't want to put a message out there on the lines of 'pregnancy makes you lose your brain,' as we don't believe this is the case. Gray matter volume loss does not necessarily represent a bad thing, It can also represent a beneficial process of maturation or specialization.

Dr. Ronald E. Dahl, director of the Institute of Human Development at the University of California Berkeley (who was also not involved in the study), thinks the outcome of the study was "fascinating" and that the interpretation that the brain changes during pregnancy to enhance women's maternal responses is "likely to be true."

However, Thompson warns that there's a possibility that "losing gray matter is not beneficial, that later on there may be negative consequences."

And still, other experts dispute the study, claiming that not enough research was done to draw conclusions, and that more info is needed.

But if this study is correct, I must say it's amazing that a woman's brain actually changes for her to be a better, fiercer mother.

That's pretty damn powerful and makes me proud to be a fierce lady who's brain will adapt for me to be the strongest mother possible.