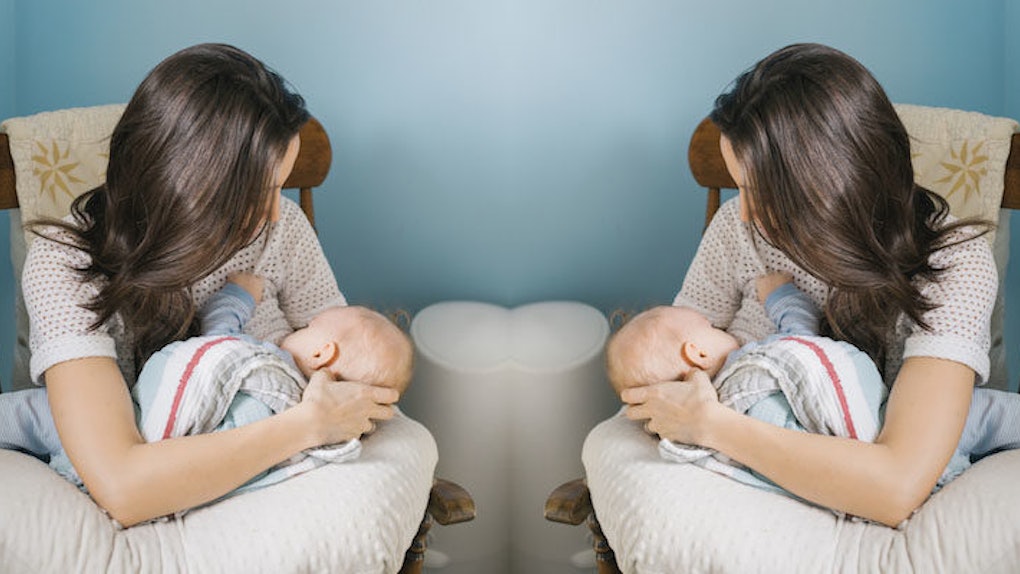 Lately, breastfeeding has been a popular topic of conversation.

Whether it's Donald Trump calling a lawyer disgusting for pumping, or efforts to support mothers during World Breastfeeding Week, people are continuing to voice whether they believe it's right or wrong to breastfeed in public.

Regardless of your beliefs, there's absolutely no reason to shame a woman by making a rude comment or giving a dirty look if she's feeding her child in pubic. Here are a few reasons why:

1. She is forfeiting her comfort to feed her child.

Mothers everywhere know some people do not approve of them feeding in public. However, they are willing to be stared at, given dirty looks and judged just to nourish their babies.

Not only are they sacrificing their comfort, they’re also being extremely brave.

2. Breasts were made to feed babies.

Breasts don't exist to turn you on. While it’s perfectly fine for breasts to serve a sexual purpose, it’s important to remember it is not their sole function.

Instead of realizing this over time, society has just over-sexualized them.

If you find yourself feeling uncomfortable while being in the vicinity of a mother who’s breastfeeding, I hope you are just as uncomfortable walking past magazines with women bent over, propping their boobs up.

3. Would you want to eat with a blanket over your head?

No, and neither does a baby. Breastfeeding is absolutely nothing to be ashamed of, especially because of its health benefits.

It is ridiculous to expect mothers to literally cover their children's faces in order for them to eat, so stop telling them to do so.

4. Newborns need to be fed at least every three hours.

Although it depends on when the baby is hungry, a mother will need to breastfeed anywhere from every 90 minutes to three hours.

Should a woman only be allowed out in public within that time frame? Or should she rush to an unsanitary bathroom and hide something that has to be done?

When describing the breastfeeding process as natural, many are quick to point out that so is sex and other acts, but it’s not acceptable to do them in public.

First of all, it’s incredibly wrong to associate feeding a baby with any sexual act, urinating in public, etc. Secondly, breastfeeding does not pose a public health threat like these other things do.

6. Mothers are not breaking the law.

According to the National Conference of State Legislatures, 49 states have laws that allow women to breastfeed in public.

Around different parts of the world, breastfeeding is not only legal, but also encouraged.

In fact, a survey conducted by Lansinoh Laboratories showed that 98 percent of women from different countries around the world said breastfeeding is the best option for a child.

If a mother does not want to formula feed her child, she does not have to. Since she’s already made the decision to breastfeed, there is no reason for her to go against what she believes in just because it might upset a couple of people.

The list could go on and on. At the end of the day, there shouldn't even need to be any sort of explanation as to why women should not feed their babies in public.

However, until the day comes that breastfeeding is viewed as a natural and acceptable thing, people will have to continue to advocate for mothers around the world.