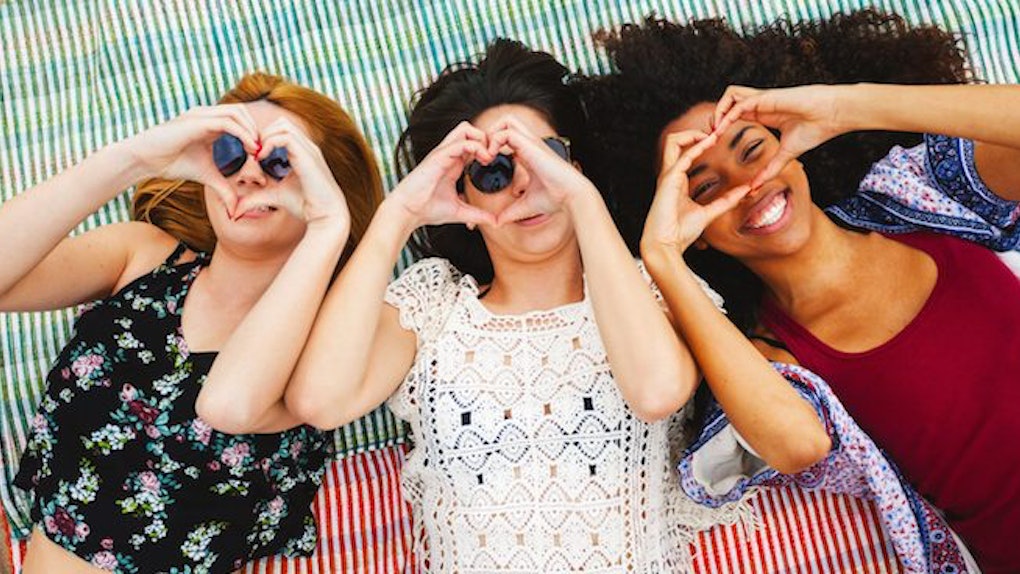 New York Has A Council On Women & Girls, & Here's What You Need To Know About It

A state "Council on Women and Girls" might sound like an organization that's been around all along, wielding its women's rights sword and slashing things like the gendered wage gap and limited reproductive rights, but it hasn't. New York's Council on Women and Girls organization is the first-ever New York council that champions a multitude of women's rights. Elite Daily held an exclusive interview with the council's chair, Melissa DeRosa, where she reveals the council began taking root when Donald Trump, who has a history of misogynistic banter, was first elected as the POTUS.

The new council — led by DeRosa, and a few other kickass women in the state of New York — is continuing the women's equality fight at the state government level.

The New York State Council on Women and Girls was announced on Wednesday in perfect, purposeful timing -- during the 100 anniversary of legalized women's suffrage in New York, and only a couple of days after Black Women's Equal Pay Day.

According to DeRosa, who is also the Secretary to Governor Andrew Cuomo, the New York State Council on Women and Girls will focus on a bunch of different areas where women and girls could use a leg up to combat a gendered imbalance of opportunity.

I think the idea for this has been more or less in process since Donald Trump was elected president in November. I remember the very scary interview that he gave for 60 Minutes when asked about abortion. He said, 'Well, if women have to drive across state lines, then so be it.'

(Trump's official quote was, "They'll perhaps have to go — they'll have to go to another state.")

We all took the opportunity to step back and say, 'This is the scary moment for the trajectory of women's rights in this country. What can we do along with our words and rhetoric and marches? What concrete actions can we do to go in a different direction?' We enacted regulations that said contraception has to be covered in New York regardless of what happens at the federal level. We introduced legislation to codify Roe v. Wade into the New York State Constitution. We pushed pay equity. There are a series of different things we've done on a policy level to speak to women's rights and sort of combat what was happening in Washington.

The council was created as a direct clapback to news reports that the White House planned to wrap up President Barack Obama's White House Council on Women and Girls. White House spokeswoman Hope Hicks called the council "redundant," despite the fact that the oppression of women and girls seems to make headlines on a rolling basis.

In New York, we don't believe women's rights are redundant, and frankly, we're sick and tired of this administration throwing women's rights under the Access Hollywood bus. If they're going to abandon us at the federal level, then we're going to take it up here in New York.

What makes this council really cool is that "regular people" can get in on it, too.

They won't be just talking for women, but also talking with us.

The council is full of big wigs, but DeRosa also wants to open up its conversations to social media and to host open forums throughout the state of New York that average residents can attend and speak their minds. DeRosa is so passionate about engaging everyone, including teens and 20-somethings who may not initially be interested.

The first political campaign that I was on was when I was 4 years old, when my father was on a congressional campaign and he took me door to door. Civic engagement is so important. Too few young people have been engaged in recent years and decades. I hope, in this initiative, to engage as many women and millennials as possible. We are actively reaching out through social media and other outlets where millennials are involved. When women and girls get involved in the political process at a young age, it's something they sustain. The political process can only benefit from more women's voices at the table.

So how will this council give these bright ideas of equality some real legs going forward?

Wage gap statistics, sexual assault stories, and low representation in the STEM fields seem repetitive, although headlines about real solutions to these issues seem few and far between. It can feel discouraging, like women will always have the short end of the stick in the land of the free and the home of the brave. Or really, the entire world, since misogyny is actually a global pain.

DeRosa says the New York State Council on Women and Girls aims to come up with solutions you can actually see and hear about. Basically, she's not playing monkey in the middle with women's rights. The chairwoman, who avoids hard labels but confirms that she is "not not a feminist," is doing real-life show and tell.

We're going to be holding our first official meeting in the middle of September, which will be the first time all of our members will be in the same place at the same time. One of my major goals in anticipation for the Governor's State of the State address in January is to deliver to him, for consideration, a package of legislation that he should be taking up for next year's State of the State Address in January. I want to be in a position where, come the middle of December, we have a proposal for the Governor Cuomo that he can consider going into the next legislative session.

After the meeting in September, DeRosa has confirmed they will present their drawn-out plan to the public, which will detail more tangible plans for tackling their long list of causes.

DeRosa didn't say that. I did.

While social media activism and marching have their place and certainly their power, equality is going to take more than just our social media shares and ability to hit the streets. This project is so important because it's beyond due time for our state governments to lead the charge with hardcore solutions to the systemic sexism that ripples through every area of women's lives, especially since the United States has a president who has shown us that equality for women hasn't cleared his to-do list.

I'm looking forward to what the New York State Council on Women and Girls continues to do to squash this 89 cents on a dollar wage gap (one of the smallest gaps in the country, but still), the laundry list of healthcare struggles women experience, and the finicky legislative processes for dealing with sexual assault.

It will also be interesting to learn about job opportunities that could be created for women in fields where we are underrepresented and how they plan to apply diversity to all of this.

If the New York State Council on Women can really create some solution-based stuff like this, then we could pretty much call this one of the most important things to happen for the women's movement in 2017, next to the women's marches.

May the rest of the 49 states in this country follow suit by joining this cause and sending a clear message to the White House that the fight for women's rights isn't a "redundant" topic that we will keep playing the waiting game over. Instead, it's a necessary cause that will make our country stronger when it's handled right.