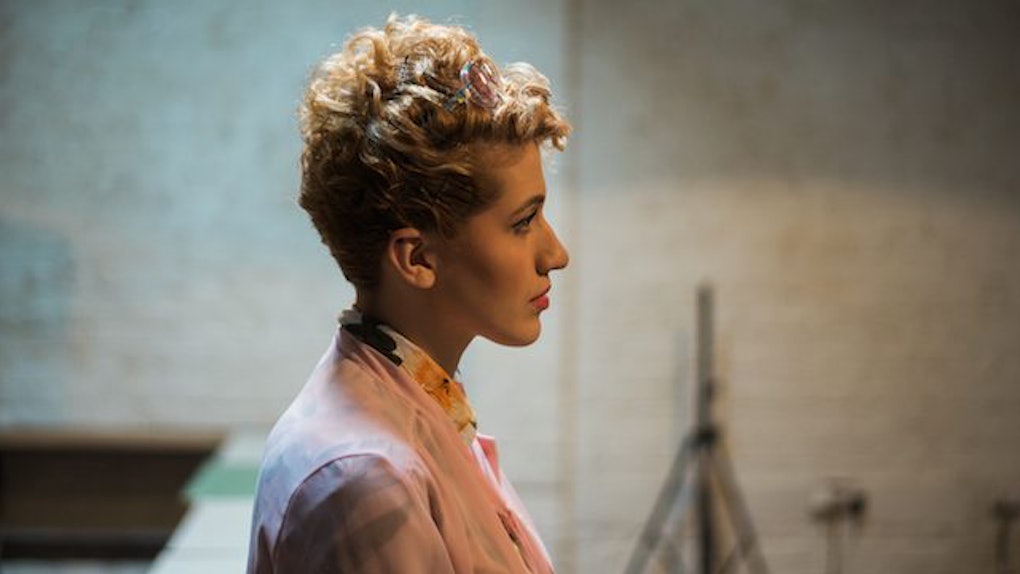 I'm prepared for internet trolls to be against this one.

It's definitely easier to make excuses for a problem, or delegitimize it, instead of choosing to tackle it head on.

If I were to share a story about women who've received large settlements for sexual harassment cases, I bet there'd be the "she just wanted the money," comments.

If I shared an example of a woman being talked over in a business meeting, or spending her workday thwarting unwanted advances, there would be responses like, "she should have stuck up for herself; a man would have!"

For this piece, finding women who had something to say about sexism in the workplace was strikingly easy. Every person I interviewed had an immediate story that jumped to mind.

But even so, there was something else each interviewee had in common: a request to be anonymous.

Speaking up isn't an option.

According to Taylor Morosco, JD candidate at the George Washington University of Law, the issue of speaking up against these sort of everyday "attacks" is more complicated than some would like to believe.

The issue with reporting sexist comments, innuendos, and general bad behavior is that the whistle-blower gets blacklisted. They get blacklisted in different ways: from future projects, promotions, and good future references. Speaking up isn't often an option.

Below are the stories of eight millennial women who have experienced sexual harassment or sexism in the workplace. Different names have been used, but the experiences are very real, and happen every day.

Cara, 22, was asked to hug before a meeting.

I recently had a disagreement with a co-worker that required me to put my foot down in response to his actions. We were working on a project together, and he was basically stepping on my toes by making a lot of demands of me without paying attention to the process I already had in place for the project, so I told him he needed to stop because it was getting out of hand. He asked me into a meeting room to "talk it out," and the second I got to the room, he was waiting in the doorway. He literally blocked me from entering the room and wouldn't let me in without hugging him first because he thought I "needed a hug" to make me "feel better" about the situation.

Olivia, 28, was asked to "mother" her male co-workers.

I worked on a team of all men in a collaborative group effort. Instead, I acted as the central organizer and manager, even though everyone on the team had positions of equal standing. Later, my boss told me he expected me to “keep them in line” because I was the “mother figure” of the group. Eventually, I found out their salaries were higher than mine, even though I was expected to bear the brunt of responsibilities on the team.

Esmeralda, 24, was given unsolicited advice about her love life.

My male coworkers often told me that I probably didn't have a boyfriend because I was too snippy. Why they cared about whether or not I even had a boyfriend in the first place is unbeknownst to me.

Alex, 25, had a recruiter at her office urge a potential employee to come in to "see the girl he'd be working for."

I was given the task of hiring a new employee to work on my team. After working with the recruiter, who brought in candidates, I sat down with a male candidate who I thought was the perfect fit. He actually asked me in the interview, "Is this a feminist work environment?" to which I proudly boasted, "yes!" I thought it was a little strange he wanted to clarify the feminist environment, but I still liked that he was concerned about it. Many months later, he is a thriving member of our team. It wasn't until recently I learned that he was confused about what kind of environment he was coming to work for after the recruiter told him over the phone that he needed to come in for an interview, if nothing else but to "see the girl you'd be working for."

Rachel, 30, was ignored praise for her original idea.

I worked on a project that my boss was hesitant with at first. Once I convinced him to let me see it through, it turned into a company wide success. When he went to publicly congratulate people, he congratulated the two men who played much smaller rolls in the project and skipped right over me as I sat in between them.

Gloria, 24, was told no one took her seriously.

I was told I needed to speak up to be taken seriously at my job, even though plenty of men have the same level of respect and aren't told they need to be "more aggressive" to get what they want.

Becky, 29, witnessed a female co-worker get fired for being "distracting."

A girl I worked with was fired because men kept saying overtly sexist things like they "couldn't control themselves around her," and had to let her go because they were afraid she would eventually sue them.

Lindsay, 25, was told she must not be receptive to her co-worker because of her "resting bitch face."

I was shocked when one day a male co-worker asked me to speak with him privately in a conference room. We have never worked together or been on the same team, so our past interactions were very minimal. Once in the conference room, he asked me directly why I had a problem with him, and what he ever did to me to make me so rude to him. He said I never said good morning to him when I came into the office, and he swore he heard me talking shit about him before. Once I told him he was being paranoid, he ended the conversation by saying, "I guess it's just your resting bitch face that made me think that."