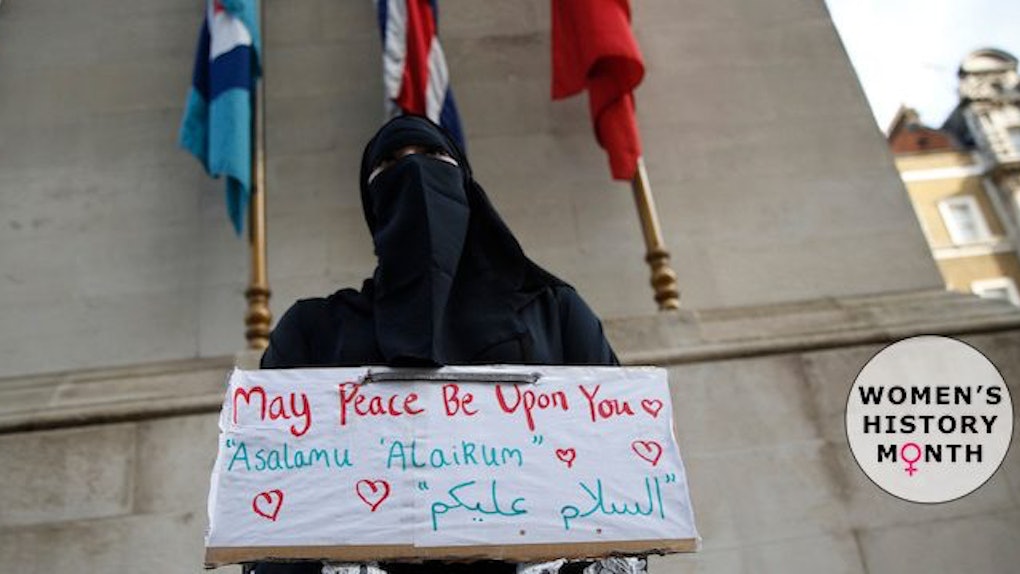 Trump Uses Violence Against Women To Back Muslim Ban

It's a question I've grown to ask on a daily basis: President, WYD?

The Trump administration's new Muslim ban uses violence against women in Islam as part of its supportive data.

Section 11 of their document is described as:

Sec. 11 (iii) information regarding the number and types of acts of gender-based violence against women, including so-called “honor killings,” in the United States by foreign nationals

Changes made to the Muslim ban now block immigrants from six nations instead of the original seven, which included Iraq.

The ban does not affect permanent residents or current visa holders, and includes a 120-day freeze on immigrants entering the country. A religious test created to determine entry was also removed.

The changes were made to avoid the appearance of a religious bias.

The new Muslim ban is set to go into effect on Thursday.

Advocates for women who have been victims of these crimes aren't buying Trump's newfound concern for their safety.

Over 50 organizations have called out the ban for suggesting that violence against women is exclusive to Islam.

Human rights organization, Amnesty USA, wrote a letter addressed to President Trump detailing the reasons why the new Muslim ban will hurt and not help women and girls. They wrote,

These actions risk making women and girls more vulnerable to violence rather than less vulnerable. Women and girls who are refugees and asylum seekers are at high risk for gender-based violence; they are extremely vulnerable to sexual assault, including rape, and they frequently face violence, assault, exploitation, and sexual harassment at every stage of their journey to safety.

The letter also discusses how gendered violence is America's problem, too.

As a global crisis, violence against women and girls is not specific to any one country.

Amnesty kept it cordial and classy, but I'll go ahead and ask another question that needs asking:

Will the self-proclaimed "pussy grabber" address his own violence against women and the violence he's inspired in the United States?

We should kinda-sorta get that together, too.