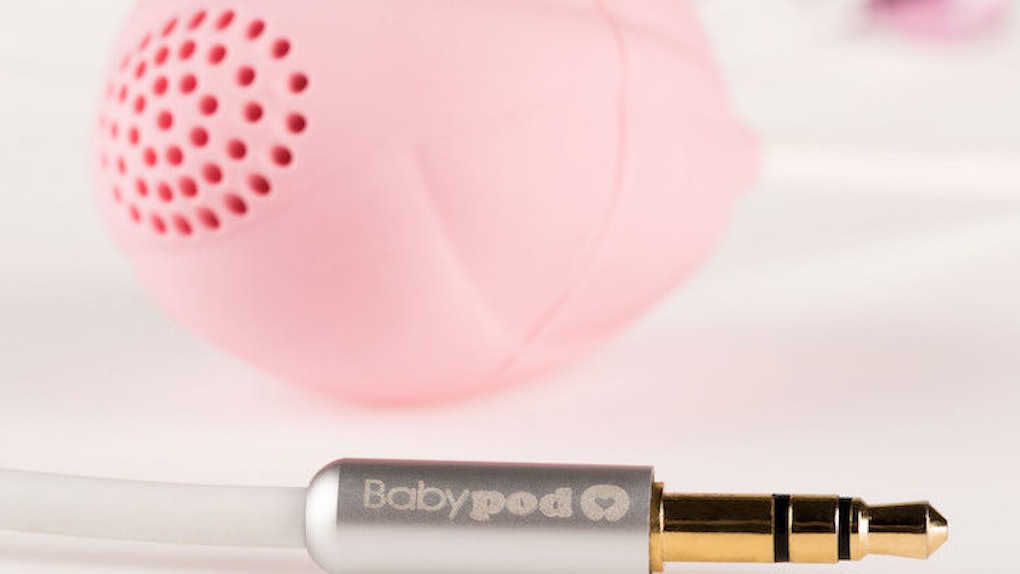 It's common for pregnant women to play classical music for their unborn babies, but it's unclear if the practice actually does anything for the baby's development or if the baby can even hear the music.

Fortunately for mothers-to-be who worry their unborn babies aren't getting the best acoustics, there's a solution.

Babypod, a company based in Spain, recently debuted the vaginal speaker, which is meant for use during pregnancy.

The speaker, inserted into the vaginal canal, supposedly plays music at a volume loud enough for the baby to hear.

Unfortunately, its design requires the cord to dangle outside of the vagina like a tampon string, so it's not exactly practical for daily use.

Regardless, fans of the product claim they can feel their babies “singing” or “dancing” along when they play tunes.

Fetuses reportedly gain the ability to hear after about 16 weeks, with full development occurring after 27 weeks.

As far as I'm concerned, children have been getting along fine without personal womb concerts for hundreds of years.

When I have a kid, I'll be sticking to headphones (and none of that classical music crap -- it'll be Nirvana all the way).

Citations: A vagina boom box for the pregnant woman who has everything else (Mashable)