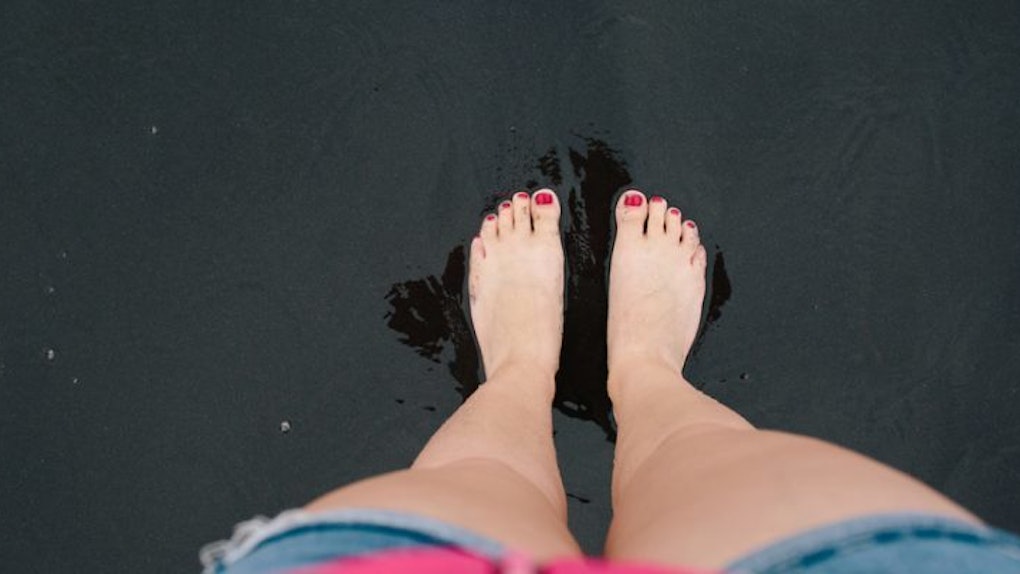 I have jiggly thighs. I've had cellulite as long as I can remember and no matter how much I spin, run or do barre, I still have thunder thighs that just won't quit.

Most importantly, I love my thighs. Jiggle or not, they're MY thighs and help carry me through the day. Thigh gap? Screw that.

Wearing them is a whole other issue. Wearing a pair of shorts when you have a pair of thighs (or calves or whatever) that aren't seen as the conventionally “pretty” norm takes WORK.

Like, you have to wake up 20 minutes early in the morning because you know you're going to spend the extra time staring at yourself in the mirror trying to figure out if you like how you look, if you feel comfortable enough wearing what you want and if your legs will attract the wrong kind of attention.

Same goes for your arms, your back, any part of your body that you might've at some point felt uncomfortable with. Look, it sucks. And it sucks even more when we tear each other down and body-shame about what was probably not the easiest decision in the first place.

That's what happened to Brynne Huffman, a 39-year-old actress from Texas.

While waiting in line at the UPS store, a woman behind her, wearing a "COEXIST" shirt, felt the need to comment,

“Your hair really is amazing... you should probably rethink the shorts though."

Instead of pummeling her (which I admit I probably would've done), Brynne replied: “Maybe you should rethink the shirt."

In her now viral post, Brynne brings up an important point about being body-shamed,

Apparently fat matters. And I'll go a step further and say it especially seems to matter as an actress. Matter more than talent. Than attitude. Than pretty much anything else. Because fat girls are not believable heroines, ingenues, or objects of sexual desire.

She also reminds other women that instead of tearing each other down, we should be celebrating each other every day. Because, well, there's enough hate in the world. Also, because we all look fab. Especially in those shorts that we initially weren't so sure about.

Citations: This Woman Was Shamed for Wearing Shorts and She's Speaking Out (Cosmopolitan)