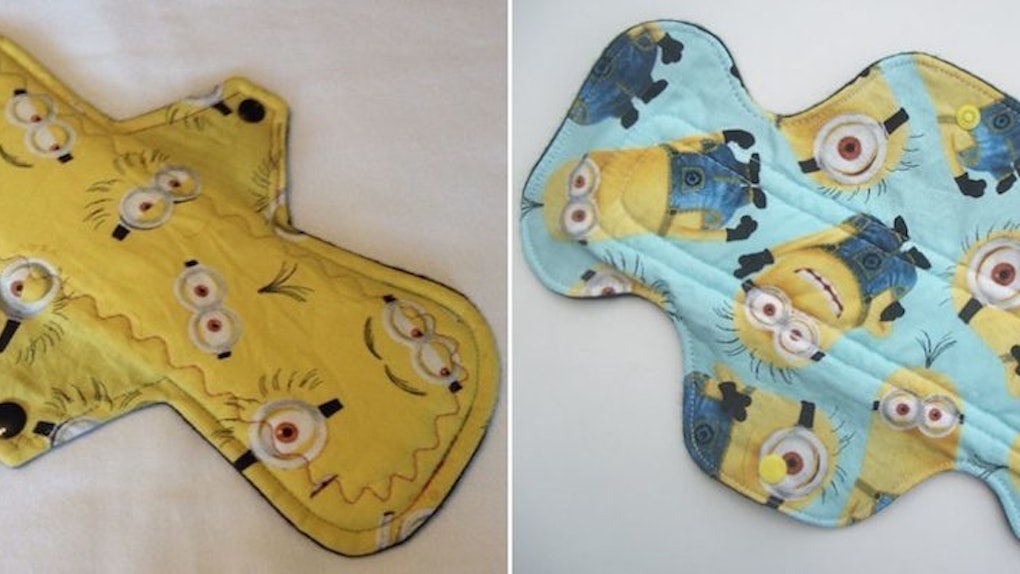 Minion Menstrual Pads Actually Exist, And The World Is Basically Over

That's in no small part due to a ubiquitous advertising campaign for the film; these little yellow guys are all over the place.

But, there's one place you probably never guessed they would show up: a menstrual pad.

That's right. Kevin and the gang can be seen adorning a set of maxi pads on sale on Etsy.

Wearing a decorative sanitary napkin seems somewhat counterintuitive. It's not like anyone is going to see it, and it's just going to get ruined sooner or later.

But, what do I know about periods? Not a lot!

Ladies, if you decide to use these Minion pads, that's totally fine. Just be sure not to talk to me until your moon is over.

You can get it in blue, too!

Hell, you might as well buy a whole pack.

Citations: There Are Minion Menstrual Pads For Sale On Etsy So Lets Burn The World Down (BuzzFeed)