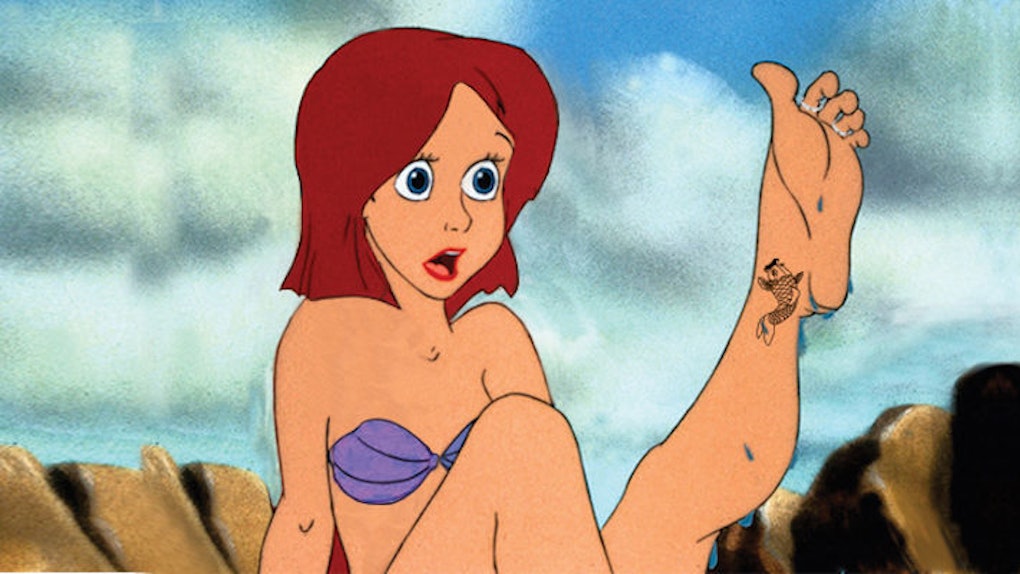 16 Ways 'The Little Mermaid' Would Be Totally Different In 2015

When "The Little Mermaid" first hit theaters, the Disney adaptation of a tale about a mermaid who tries to stab her crush probably seemed downright progressive to the children in the audience.

In the movie, we got a seashell bra, a few topless mermen and even a scene advocating playing with your food at the table. That’s the Holy Grail of favorite kid pastimes.

Aside from the sexual undertones, much about the beloved movie has become quite dated in the last two decades.

Now, with news of a live action reshoot starring Chloë Grace Moretz stirring up fin-tailed fangirls, we have a few suggestions for the rewrite.

In 2015, Ariel’s story requires a lot more smartphone-based communication. If Skype had been invented at the time of the film's release, it would be a lot less complicated.

And that's only the beginning. Here all the changes we’d like to see in the new movie.

1. First, King Triton is a hipster macho single dad who does CrossFit and waxes his beard.

2. By the time Ariel begins openly mooning over her crush, all of her sisters have already social media stalked him to figure out who he is.

3. Sebastian and Flounder are a rare blue crab and an organic free-range Alaskan salmon, respectively. None of those average fish here.

4. On a related note, Sebastian comes out as gay and has a subplot about finding love.

5. Goodbye, flowing mane. 2015 Ariel got a lob six months ago. She hasn't touched a hairbrush since.

6. Ursula isn't born a villain -- she becomes one after years of fat-shaming makes her bitter.

7. Flotsam and Jetsam aren't henchmen. Instead, they're an overbearing pair of psychiatrists who have Ursula popping so many anti-depressants she can't think straight. Poor unfortunate souls, indeed.

8. The movie includes a pivotal scene in which Sebastian takes Ariel to get laser hair removal on her new legs.

9. Grimsby, Eric's best friend-cum-old man companion, stays exactly the same. He's so hip, he had a ponytail in 1989.

10. Lost your voice? Just text the guy you like. It conveniently alleviates the rest of the movie's conflict.

13. Scuttle can't be bothered for much of the plot because he's rolling and thinks he's a swan.

14. Eric hooks up with Ursula, AKA Vanessa, because she puts out on the first date. Ariel barely knows how to use her wobbly knees, let alone anything else.

15. In the end, though, Ariel decides she's over Eric's good looks and falls for Grimsby instead. She can't resist a makeshift man bun.

16. Ariel FaceTimes her human boyfriend from the ocean when they’re apart. She has an OtterBox, so her iPhone is waterproof.