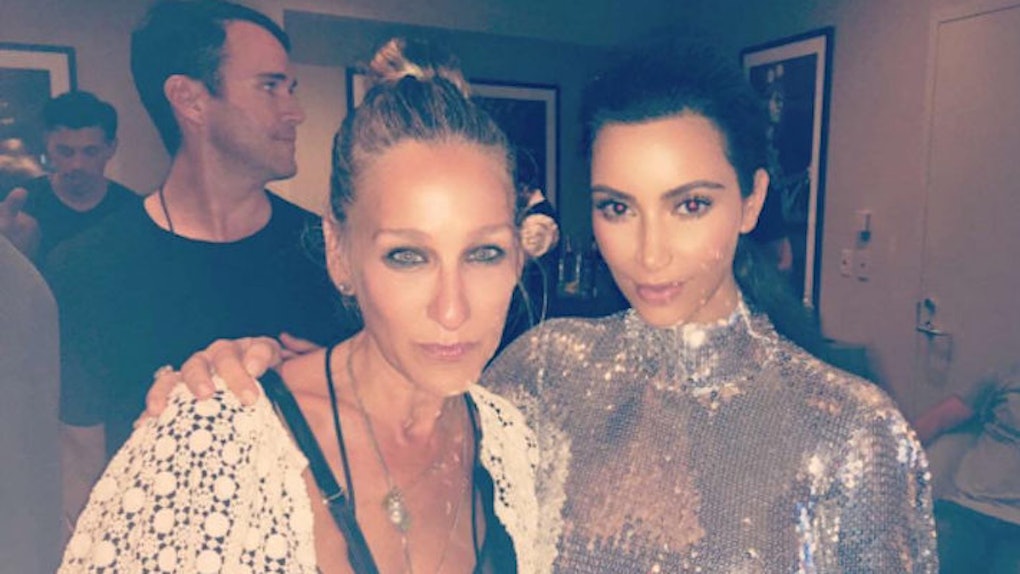 Months ago, we bought tickets to see Batman wage a war against Superman. Then, Captain American turned against Iron Man.

It's a dog-eat-very-similar-dog world out there, and we can't get enough of it.

While everyone else has their faces glued to a movie screen, I'm here for the more subtle battles. My favorite, for example, is Kim Kardashian versus Kanye West.

Sure, the couple's married status means they're technically on the same team. But two people that thirsty for attention can't possibly miss opportunities to outshine each other.

Nope. Kim and daughter North both showed up in outrageous, sequined Vetements dresses.

The best part? The dress came with its own cape.

Talk about a fashion statement that says, “Can you see me literally outshining my rockstar husband?"

To top it off, Kim posted snaps of herself dancing in the dress, sparkling and shining like a very confused tuna out of water. That's not a reference to Kim's dress, but mostly just the way she moves to music.

Not buying that this is a matter of Kim versus Kanye? I have another theory for you to try on for size.

If this dress makes Kim Kardashian into Captain America, then Taylor Swift is obviously her Tony Stark.

As Fashionista pointed out, frenemy Swift already zipped up this particular dress during her Vogue cover shoot. Spicy!

Kim also took a moment to pose with the great Sarah Jessica Parker. After all, the only person who'd approve of a look like this is Carrie Bradshaw.