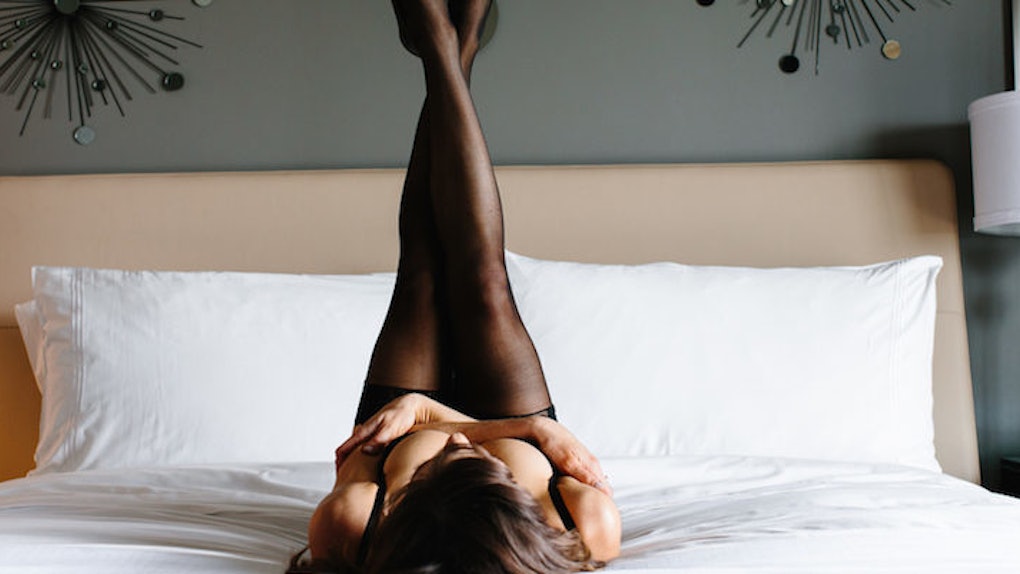 7 Things To Know Before Taking The Perfect Vagina Picture

If you're sending me a dick pic over Bumble, Snapchat or text, think before pushing "send."

If it's 2 pm on a Tuesday and I'm getting a photo of your schlong in the middle of my meeting, I won't be pleased. Naughty pics are only acceptable when it's 11:30 pm and you know I'm home alone.

There are plenty of guides on how to take a dick pic out there. But, what about if you want to reciprocate and get up close with your va-jay-jay?

In my personal experience, taking photos of your cooch sucks.

You have to have decent lighting, for instance. If you don't, unnecessary shadows over your vag will create the illusion that it hasn't been shaved for ages.

Everyone knows what makes a good dick pic. But a vagina photo? Those are a tad more complex.

Let me walk you through it.

Leave identifying details out of it.

Have a cooch tattoo? A mole shaped like Australia? Don't include it in the photo.

Think back to all the dick pics you've ever received. I don't know about you, but I screenshot that sh*t and send it to my friends to giggle about later.

Whenever you send a naughty photo of your hoo-hah, ensure that sh*t has no way of getting back to you. Yes, even if he screenshots.

The Internet can be a filthy place for a vag.

Pro tip: Don't show your face, your tattoos or any telltale piercings.

Don't include your f*cking underwear.

Unless you're taking an over-the-undies shot or pulling your thong down on one side, why include your knickers?

He won't even be paying attention to your sexy undies, especially if he can see your cooch.

Secondly, bunched up undies around your ankles isn't sexy in an overhead shot.

Pro tip: Show him a more attractive detail, like the curve of your hip.

He might say he's not paying attention to the toilet in the background. Seriously though, do you want to remind him of all the other functions your nether regions have?

It's also another identifying detail. If you have a distinct paint color or a weird shower curtain in the background, people will recognize it.

Most importantly, it just ain't classy.

Pro tip: Close the shower curtain, because he doesn't need to see your Garnier shampoo. Also, do your damn best to leave your toilet out of it.

Please, tidy up your bedroom.

To me, there's nothing less sexy than a guy sending me a dick pic from his messy-ass bedroom.

OK, fine, don't make your bed. But that hamper overflowing with dirty clothes, the socks on the floor and the condom wrapper chilling on the windowsill?

When you send a vagina picture, you'd better make sure all your skeletons are stowed safely in the closet.

If not, you will sure as sh*t regret sending that photo in the morning.

He doesn't have to know that you nearly f*cked up your shoulder to shoot the perfect angle of your p*ssy.

This guy has also most likely seen you naked already, so why hide? Trust me, he'll jerk off to you either way.

Pro tip: If you feel more comfortable, suck it in. Know where to draw the line, though, because too much "sucking in" can (and will) show.

There's no such thing as an "ugly" vag.

Women don't need yet another thing to freak the f*ck out and be insecure about.

Pro tip: Pour yourself a glass of Pinot and stick that camera between your legs.

If all else fails, there's a vibe for that.

Pro tip: Like any vibe, you have to be stimulated before you stick anything between your legs. That way, if you say "I'm so wet," he'll definitely, definitely know.